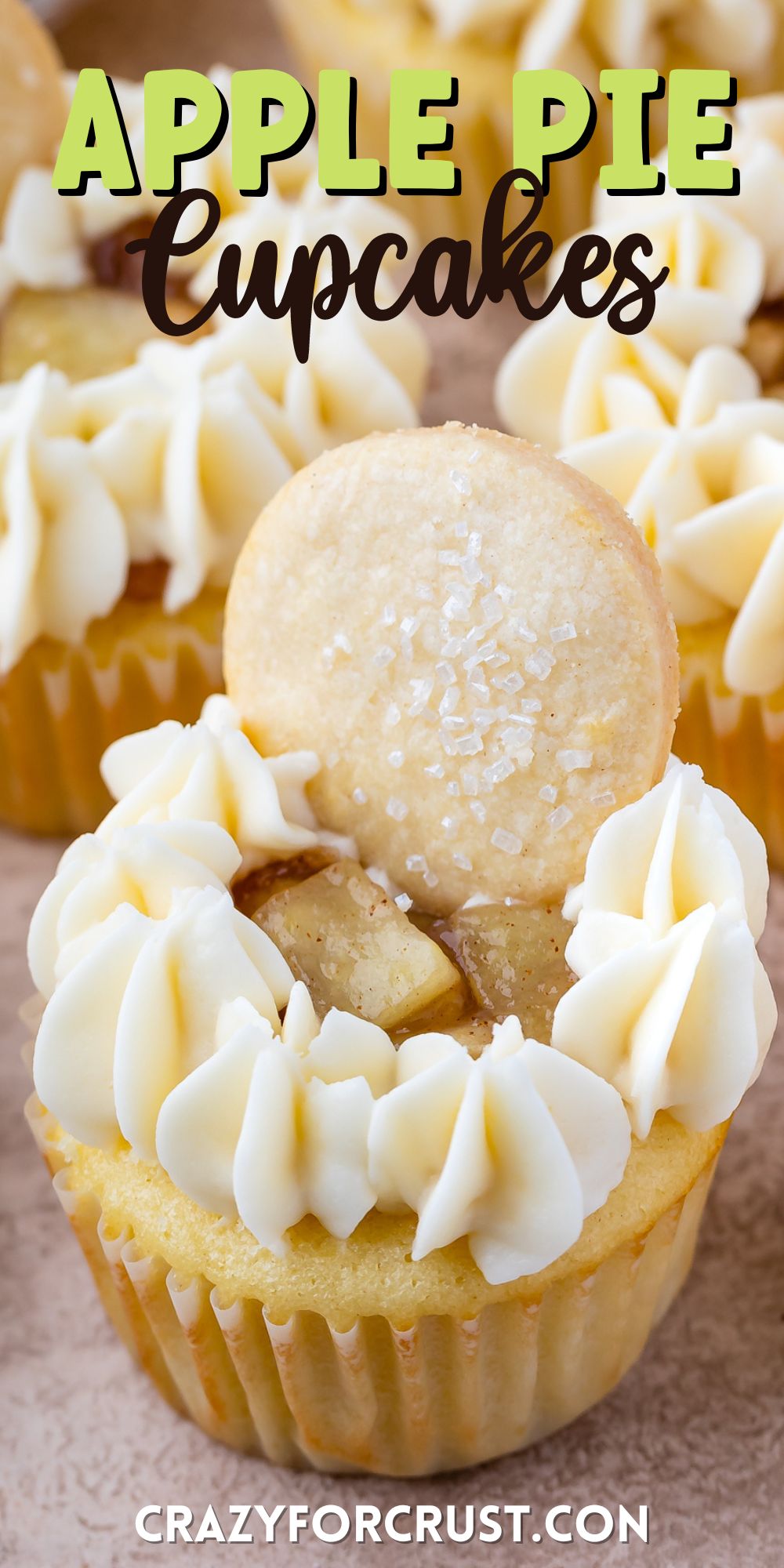 Apple Pie Cupcakes are a fun way to get two desserts in one: apple pie and cupcakes! The cupcakes are filled with apple pie filling and topped with buttercream frosting. You can make this recipe entirely from scratch or try some of my recommended shortcuts to make it easier.

I am all about the apple desserts all year long! Apple pie is my favorite dessert, after all, so I love turning it into other recipes. I’ve done French toast, pancakes, magic bars, and now these adorable homemade apple pie cupcakes!

I’ve seen versions of apple filling cupcakes from Food Network and Martha Stewart, and this is my easy version, complete with my signature pie crust chip. It’s such a fun idea and the best dessert if you love apple pie and cupcakes like me.

How to Make Apple Pie Cupcakes from scratch

These cupcakes can be 100% homemade, or take a few (or more!) shortcuts to make them even easier. Either way, these apple filled cupcakes will be a hit.

How do you fill a cupcake with filling?

I use a paring knife to cut a hole in each cupcake, so it’s easy to fill each one. You can also use a cupcake corer if you have one.

You can make cupcakes look like pies by cutting a well on the top of each one. Fill the wells with pie filling and then pipe frosting around the edge. This makes them look like little pies!

Store cupcakes loosely covered in the refrigerator for up to 3 days and they’ll stay fresh.

Can you freeze apple pie cupcakes?

Cupcakes, frosting, and pie filling can be frozen for up to 3 months (before being assembled).

Have You Made This Recipe? 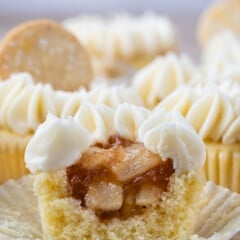 Be sure to try these recipes too:

Apple Pie Cupcakes are a homemade from scratch cupcake recipe with pie crust – apple filled cupcakes that look like pies with buttercream! These are so easy to make!