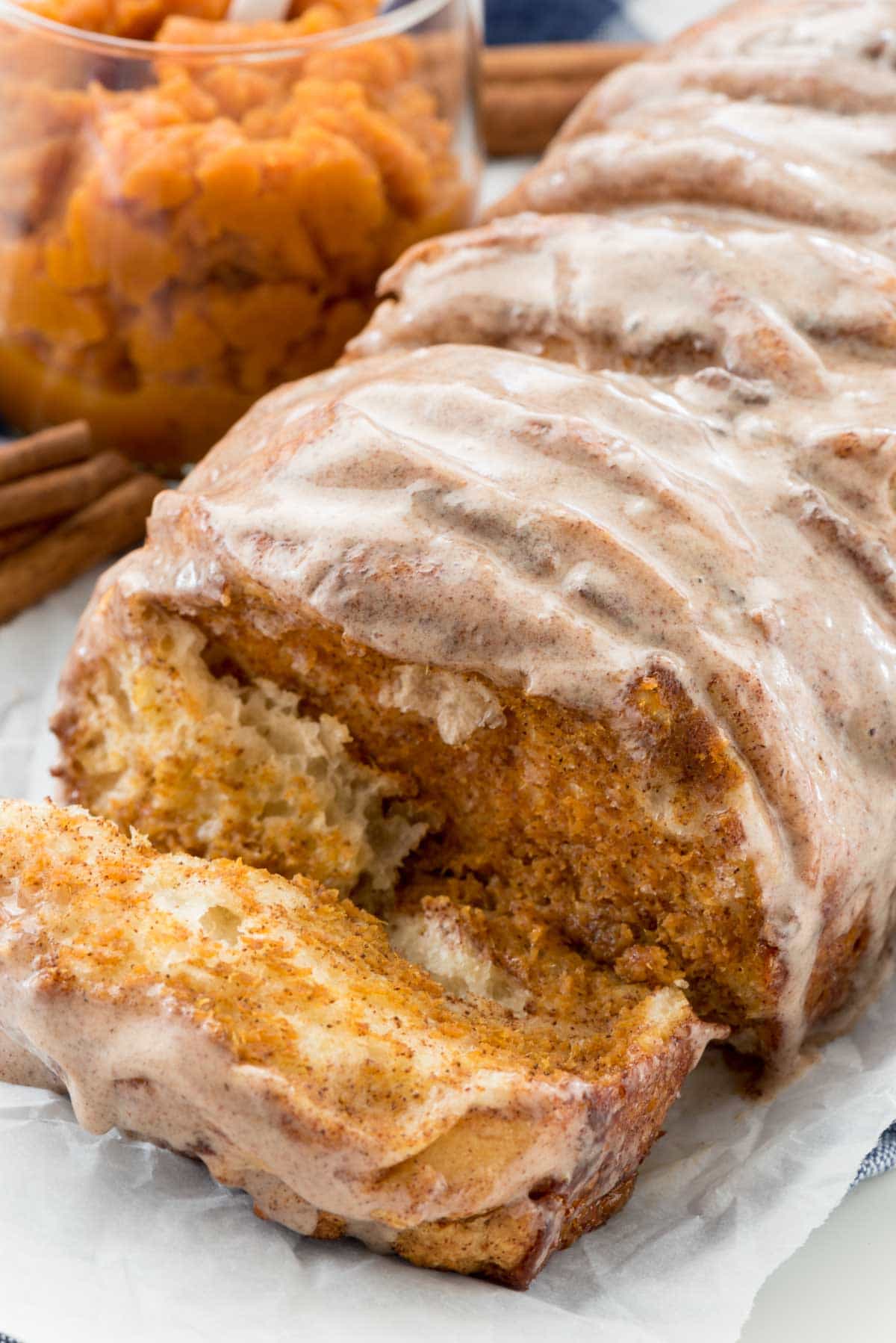 I know, can you believe it? I’m going there, and it’s only August. I’m sorry, but I couldn’t wait to share this Pumpkin Pull-Apart Loaf with you!

So, in the hopes that if you build it, he will come I’m posting a pumpkin recipe in August to bring on fall. And because I made this weeks ago and I just want to share it NOW! If you revolt, well then, oh well. Pin it for later and come back when you’re wearing a scarf and boots. 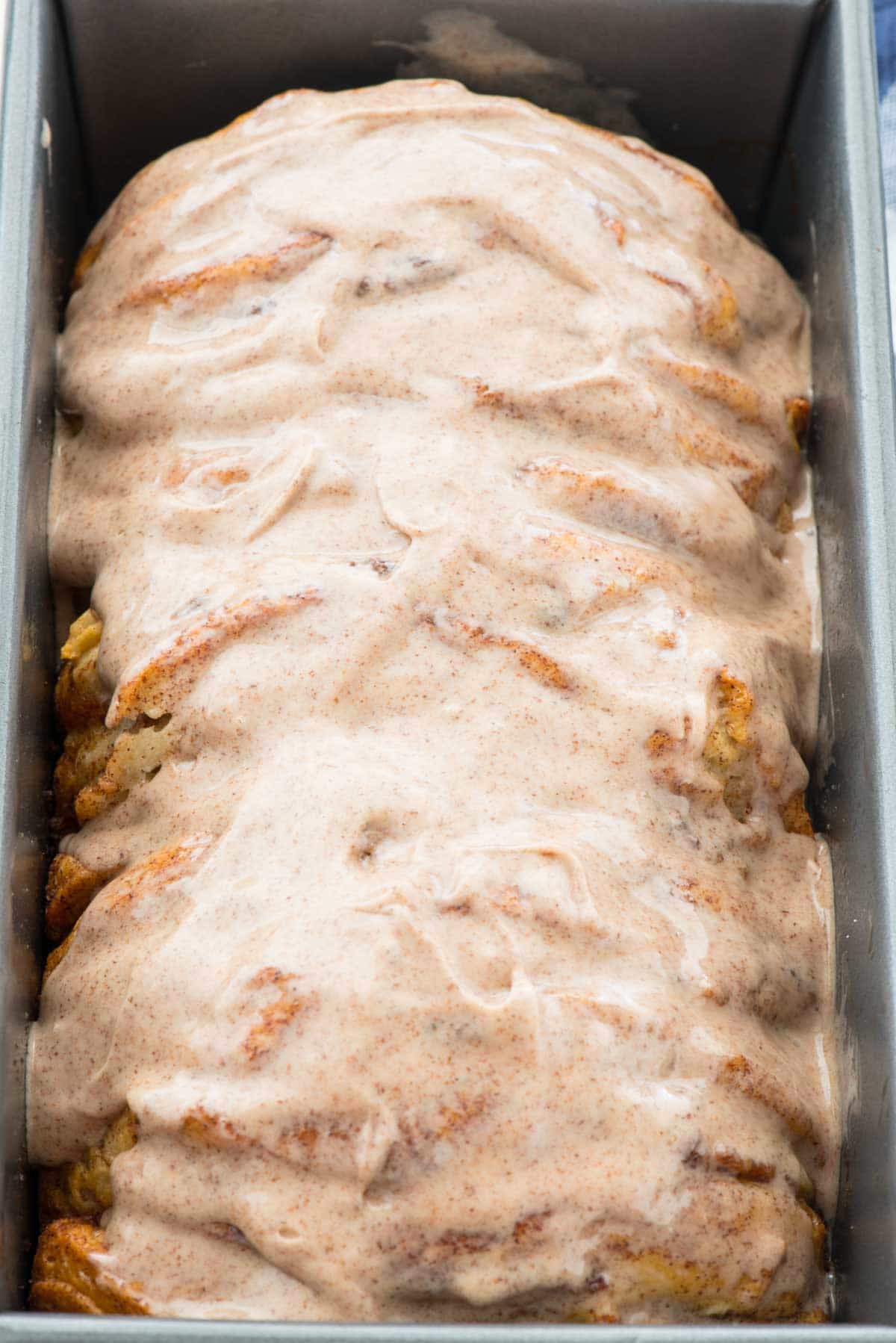 If you’re still here, thank you. I’m glad. You won’t be sad, because this pull-apart loaf is to die for. It’s like eating pumpkin pie for breakfast, no joke.

A few years ago I made Pumpkin Danish (also posted in August, BTW) and everyone went nuts for it. I can see why, it’s a great recipe. When I was looking back at some old pumpkin posts, I remembered that one and decided to do another breakfast recipe using that pumpkin pie filling. Enter: Pumpkin Pull-Apart Loaf. 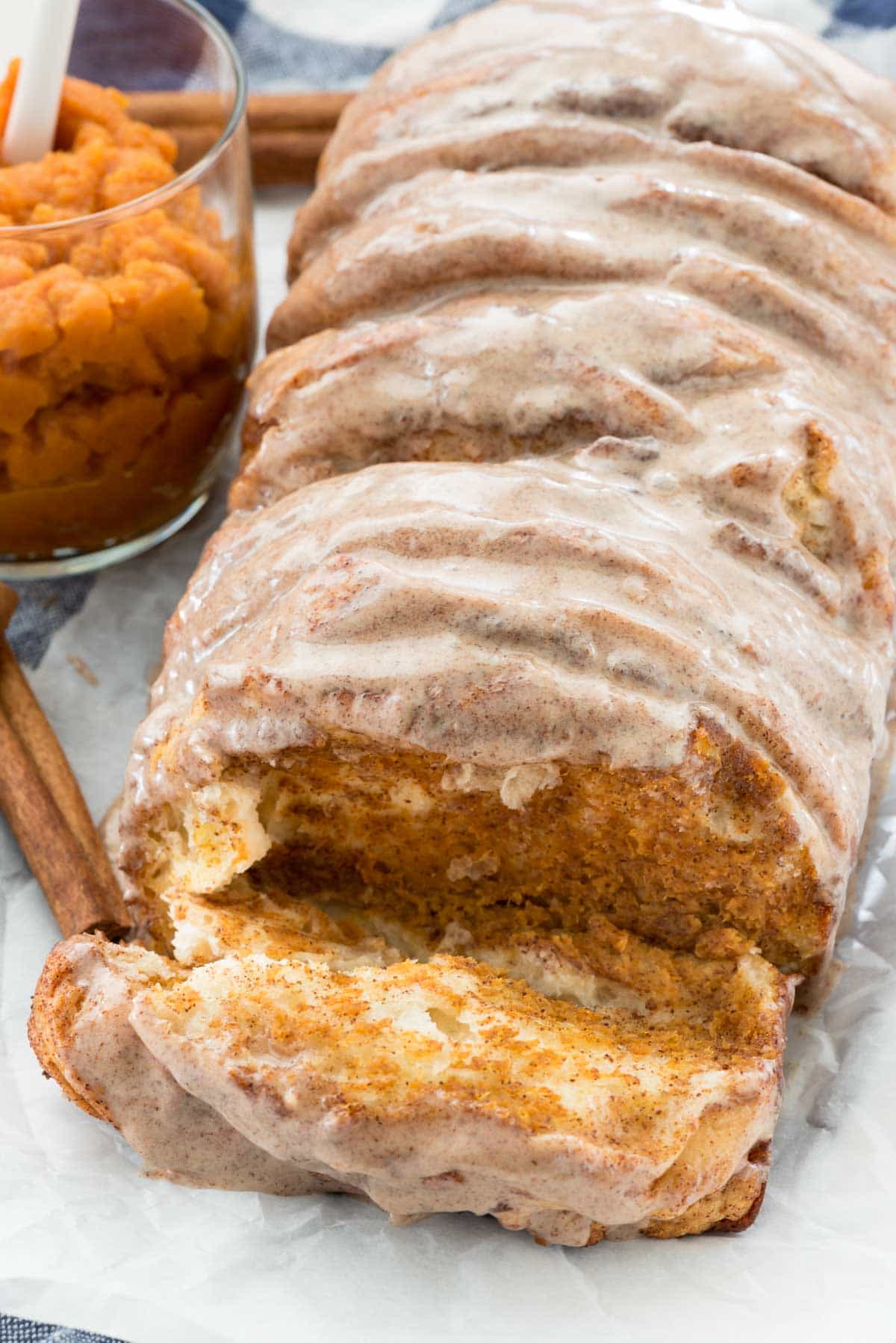 This is an easy recipe, great for breakfast or dessert (or snack or lunch or ….). You start with a can of biscuits (I used Grands). The “pull-apart” is created when you slice each biscuit in half and stack them (with filling in the middle), then bake them in a loaf pan. You can pull apart the layers, hence the name.

I’ve also made pull-apart loaves with bacon, with cinnamon rolls, and from scratch. I love them – they’re so much fun (and, in the case of this one, so easy!)

The pumpkin mixture is just some canned pumpkin puree mixed with an egg for binding, sugar for sweetness, and spices. I used pumpkin pie spice because it’s just easier than pulling out all the other spices (I’m so lazy).

I also dipped each slice of biscuit in cinnamon sugar before sandwiching them with the pumpkin mixture. It gives the layers a nice crunch, and then the entire thing is drenched with cinnamon glaze.

Half the work is done for you when you make this pumpkin pull-apart loaf, since you’re starting with biscuits.

We couldn’t stop eating this bread, and I know I’m going to be making it again soon…you know, when it’s “real” pumpkin season! 🙂 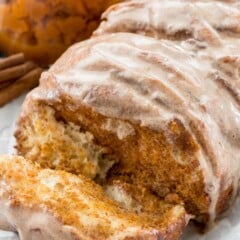 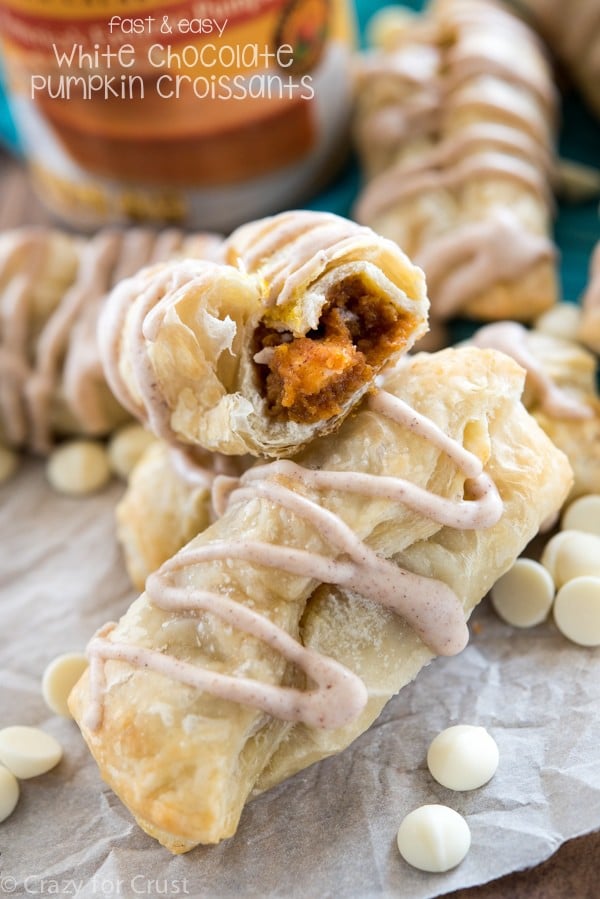 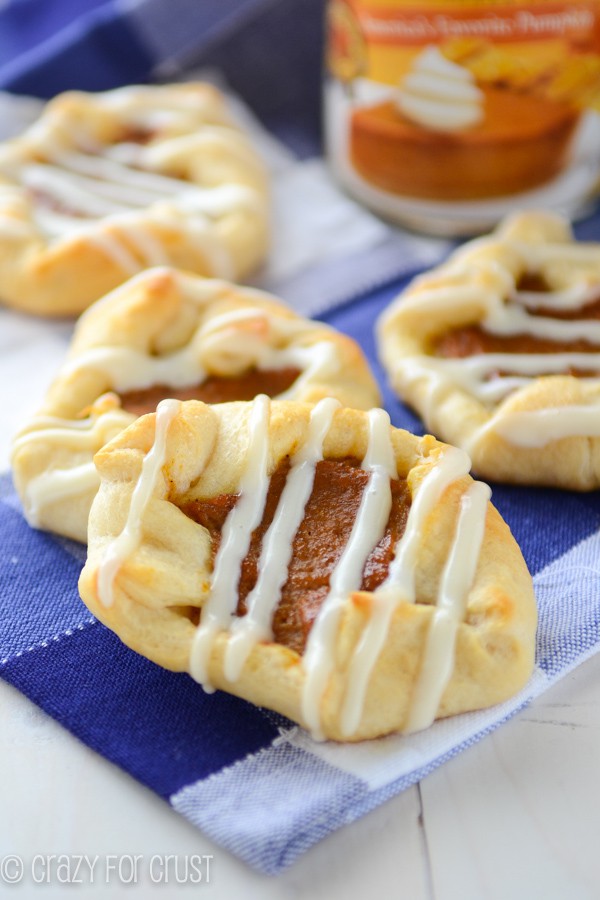