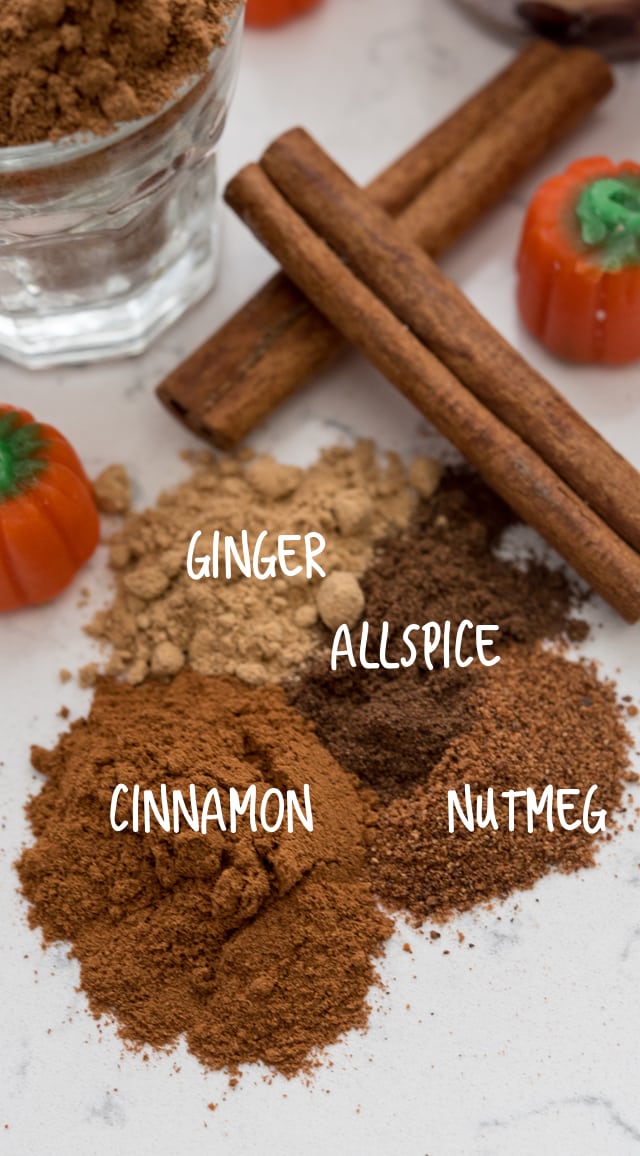 Have you ever wondered how to make your own pumpkin pie spice? This easy DIY recipe is perfect for making a homemade pumpkin spice mix.

This is the perfect pumpkin pie spice substitute – I keep it in a jar to use all season long!

It’s NEVER too early for Pumpkin Spice; in fact, I love having it all year long. Hello Snickerdoodles in March!

I know some of you might be screaming NO NOT YET but for me, pumpkin signifies school, cooler temps, and my favorite season of the year.

Have you ever wondered what to use if you don’t have pumpkin spice and a recipe calls for it?

This pumpkin pie spice recipe is such a basic one and it’s one that comes in handy this time of year. It will help you whenever you’re making a recipe that calls for the mixed spice but not individual ones.

In my years posting recipes, there are two types of bakers: the ones who buy individual spices and the ones who buy the spice. (I’m a weirdo that buys both.) What happens if you come across a recipe that calls for 1 teaspoon of pumpkin spice but you only have ginger, allspice, cinnamon, and nutmeg? How much of each should you use?

Or, alternately, if a recipe calls for all sorts of different spices, can you substitute pumpkin pie spice? Yes you can!

There are lots of different recipes and ratios out there for this recipe. This recipe is my favorite, and the one I always use.

It’s easy to make and store, so if you happen to be able to buy spices in bulk, go for it. Or, just use my ratio to be able to substitute spices for pumpkin spice or vice versa.

What is in pumpkin pie spice?

You’ll often see conflicting reports on this, but these are the spices I put in my pumpkin spice:

Sometimes you’ll see cloves instead of allspice but I absolutely love allspice in pumpkin (and gingerbread) treats. Allspice smells like fall and the holidays to me, so it wouldn’t be a pumpkin pie or dessert without it.

(Also, allspice is not the same as pumpkin pie spice, so don’t get them confused. Allspice is its own thing!)

The most important ingredient is cinnamon, followed by ginger. Then I use equal amounts of nutmeg and allspice.

Here is the ratio of spices I use for pumpkin spice:

From that ratio, you can create however much you need. For example:

If you’re going the other route, as in, a recipe calls for individual spices and you only have pumpkin spice, look at how much cinnamon is called for. If it’s 1 teaspoon, then use about 1 1/2  to 2 teaspoons pumpkin pie spice, etc.

How to Store Homemade Pumpkin Spice

If you’re making this in bulk just add it to a jar and keep it in a cabinet for up to a year. Spices last awhile – be sure to check the dates on the spices you use to make it to make sure they’re fresh when you start.

How to use your homemade spice:

Now you’re all ready for all my upcoming fall pumpkin spice recipes! 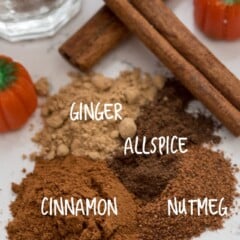 FOR ONE TEASPOON PUMPKIN PIE SPICE:

FOR A LARGE BATCH OF PUMPKIN PIE SPICE:

Use this in any of these recipes:

Learn how to make Homemade Pumpkin Pie Spice! This recipe shows you how to make 1 teaspoon, 1 tablespoon and a big batch to store. This is the perfect DIY pumpkin spice recipe. 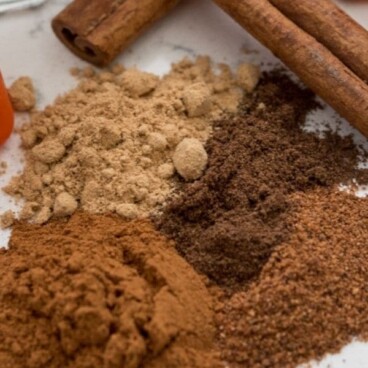 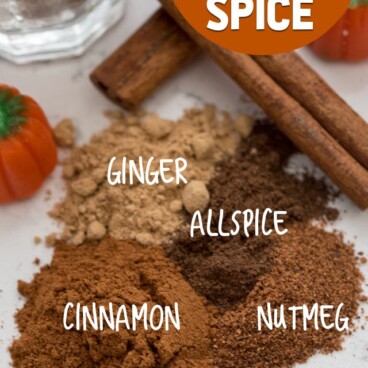 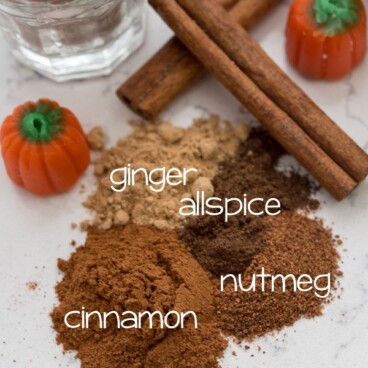