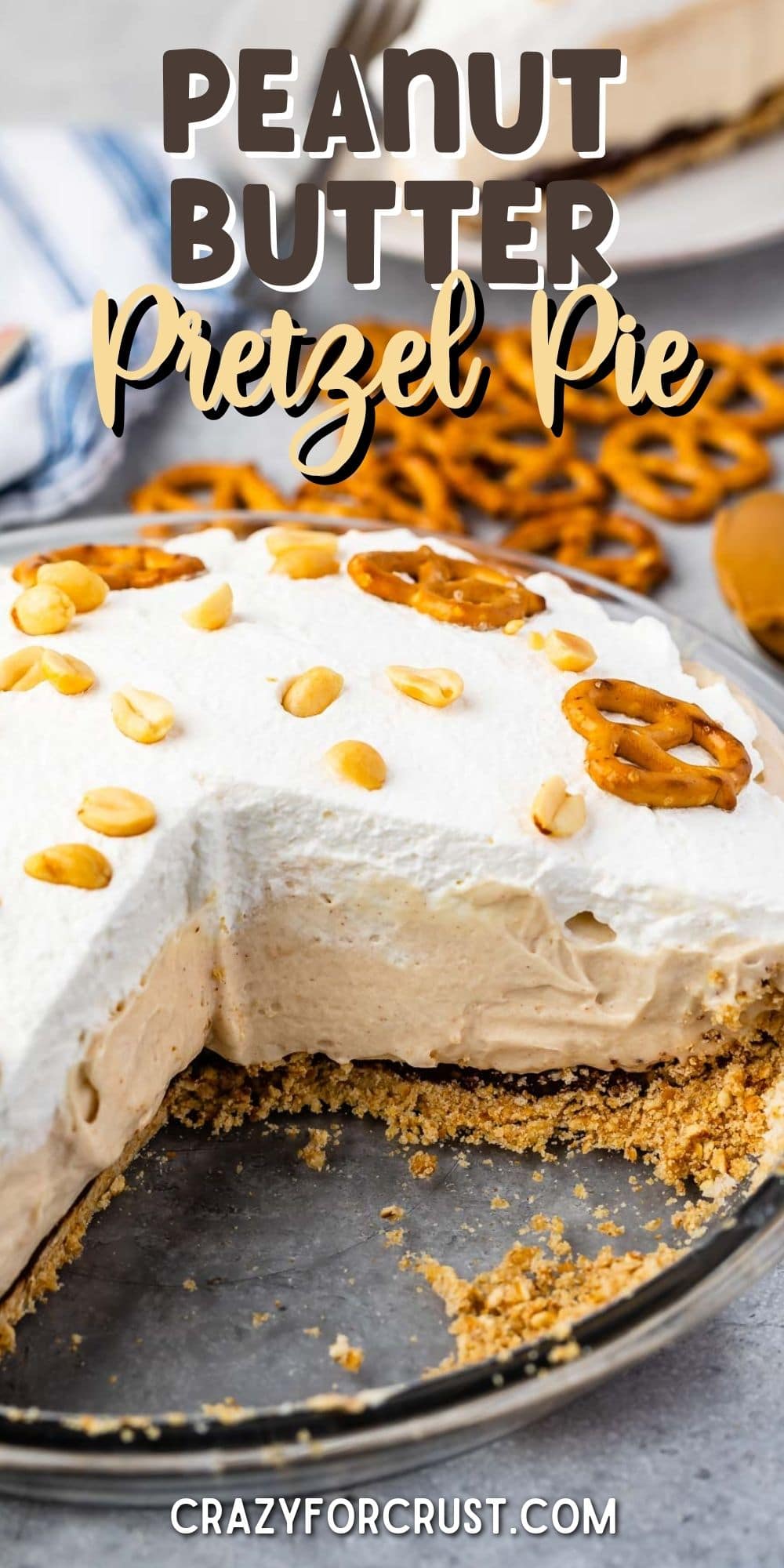 There are a whole lot of good things going on in this Pretzel Peanut Butter Pie: a creamy homemade peanut butter pudding filling, a chocolate ganache layer, and a pretzel crust. It’s a sweet and salty, creamy, no-bake pudding pie you will love!

This old fashioned peanut butter pie is made entirely from scratch, and it’s worth it! I love homemade pudding, and if you’ve never made it, I think you’ll be surprised how easy it is. It’s combined with homemade whipped cream for the best light and creamy filling.

Of course, I had to add a layer of chocolate to this pie because it pairs perfectly with peanut butter. Add in that pretzel crust, and you get a fantastic pie that will knock everyone’s socks off!

I’ve been so excited to share this peanut butter pie from scratch with you. I’m all about shortcuts and have lots of pudding pies with instant pudding, but homemade pudding is just so special. I know you’ll be able to taste the difference, and I know it’ll be a hit when you make it!

Granulated Sugar: The sweetness of the pudding.

Cornstarch: This is the thickener – it’s a pudding without eggs.

Whole Milk: You can also use nonfat or low fat milk but the lower the fat the thinner the pudding. This recipe has not been tested with nondairy milk.

Peanut Butter: Use a no-stir (not natural) peanut butter.

Pretzel crust: I love a pretzel crust with this recipe – but use your favorite, ideas below!

Heavy Cream: For the whipped cream and ganache bottom.

Chocolate Chips: For the ganache on the bottom.

1. Place the chocolate chips and two tablespoons of cream in a microwave-safe bowl. Heat them in the microwave for 30 seconds, and then whisk until the chocolate is smooth.

2. Spread the melted chocolate on the bottom of the chilled pretzel crust. Chill the crust again while you make the filling.

3. Once the pudding is set, you can make the filling. Beat the rest of the cream with the powdered sugar and vanilla until the mixture holds stiff peaks.

4. Fold half of the whipped cream into the pudding. Spoon the filling over the chocolate layer in the chilled crust.

5. Spread the rest of the whipped cream over the top of the filling. Decorate the top with chopped nuts and pretzels. Chill the pie for at least one hour before serving.

Want to switch up the crust? There are quite a few that go great with the peanut butter pudding filling. Here are some you might like to try.

How to Store Peanut Butter Pie

Store this in the refrigerator loosely covered for up to 2 days. Because it uses heavy whipping cream it won’t last as long as a Cool Whip Pie.

How do you make simple pudding without eggs?

You don’t have to add eggs to homemade peanut butter pudding. It’s easy to make it without them! Whisk sugar, cornstarch, and salt in a pan. Add the milk and heat the mixture while constantly stirring. The pudding will thicken, and then you can pour it into a bowl and chill it so it can set.

What peanut butter is best for pudding pie?

Can I use Cool Whip?

Yes, you can skip making the whipped cream and fold Cool Whip into the pudding instead.

Why didn’t my pie set up? 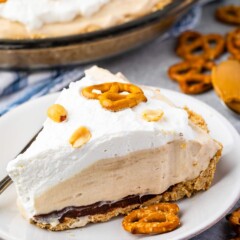 For the peanut butter pudding:

To assemble the pie:

Want to make this semi-homemade? Whisk a small box of instant vanilla pudding mix with ¾ cups peanut butter and 1 ¼ cups nonfat milk. Use 1 container whipped topping in place of the whipped cream.

Homemade peanut butter pie with pretzel crust is guaranteed to get rave reviews. The sweet and salty combo with the rich peanut butter filling is seriously the best. Make it soon and let me know what you think!