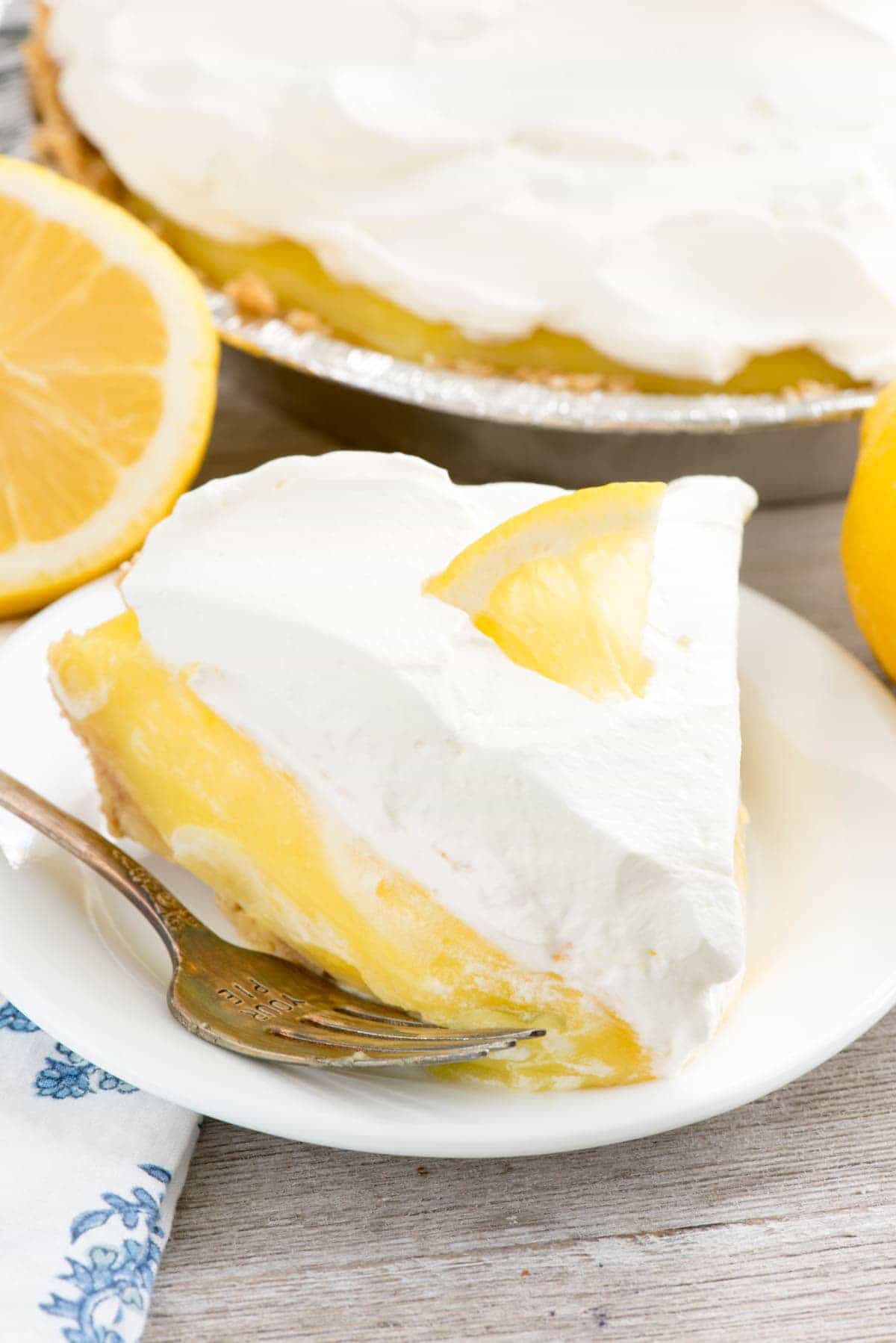 No Bake Lemon Cream Pie – this EASY lemon pie recipe has a homemade graham cracker crust and is filled with lemon and vanilla pudding! It’s the EASIEST lemon pie recipe ever! If you have ever wanted to make lemon meringue pie with pudding, this is the perfect recipe to try.

Since you all looooooved my lemon meringue pie and my coconut cream pie, I decided to marry the two and make a no bake lemon cream pie. It’s easier than lemon meringue and just as good. Plus, it’s a cream pie, which basically is the best thing ever invented. (Also, it’s one serving, right? So there’s that.)

I paired this pie with my perfect graham cracker crust, but you can also make it with a Golden Oreo crust or a shortbread crust. And you might think “but that’s a disposable pie plate, she didn’t make her own crust” but I promise, I did. I like to buy disposable pie plates for weight control: if it’s in a disposable plate, I can give the pie away and not lose a pie dish.

Lemon Instant Pudding Mix: This is a Jello Lemon Pudding Pie recipe! Just grab a box of instant lemon pudding. You’ll need two boxes of pudding mix and I find that two lemon are too strong, so use one lemon and one vanilla.

Milk: You can use nonfat milk (or regular) but this won’t work with nondairy milk.

Cool Whip or Whipped Cream: This is just for the top. We love making lemon meringue pie with whipped cream instead of meringue! I love using homemade whipped cream!

Lemon Zest: I love adding a bit of fresh lemon zest to brighten the packaged flavor.

How to Make No Bake Lemon Pudding Pie

Why is my pie not set?

Make sure you’re using cow’s milk (not nondairy milk) and don’t use too much. Chill it to set.

What can you do with instant lemon pudding?

Making a cream pie is the perfect way to use the pudding.

Store loosely covered in the refrigerator for up to 3 days.

Can lemon cream pie be frozen?

I do not recommend freezing this pie. Other lemon cream pies can be frozen, but no this one.