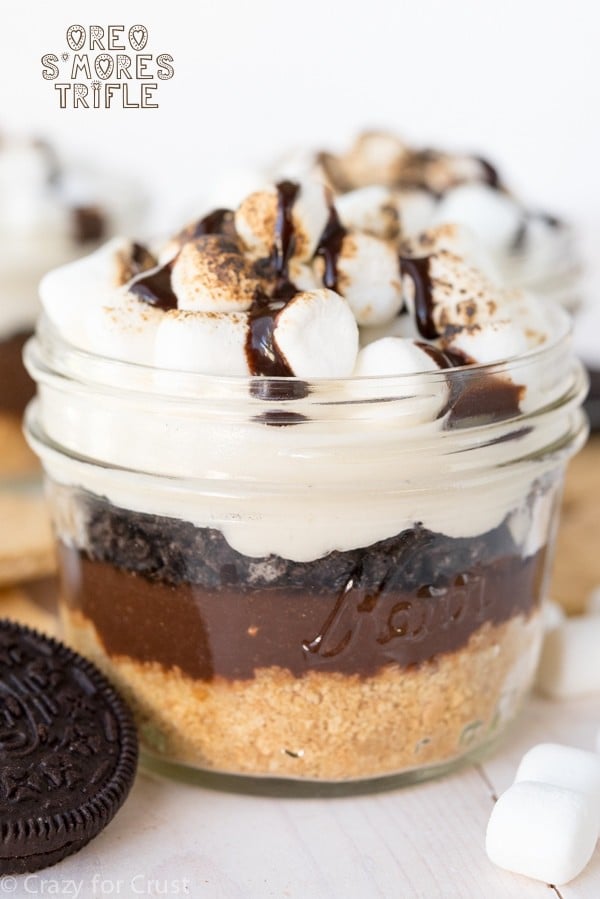 S’mores, pudding,  and Oreos, all in one no-bake dessert!

Oreo S’mores Trifle is an easy layered dessert recipe! Graham crackers, chocolate pudding, Oreos, whipped cream, toasted marshmallows and chocolate syrup all layered in a mason jar. This trifle is perfect for picnics or on the go!

So…whenever I look at this Oreo S’mores Trifle, my head hurts. As amazing as the trifles are, they caused me to have a major accident in the kitchen.

(Okay. So maybe it wasn’t their fault exactly…but blaming my klutziness on food makes me feel better.)

Set the scene: Late afternoon. I’m getting in one last shoot before I rush to clean the kitchen and relax. As I’m cleaning up the photo shoot area, the rolling pin I used to crush the Oreos starts to roll off the kitchen island. I don’t want it to hit the floor so I rush around to catch it.

And then I tripped on the dog’s water bowl.

And I fell – hard – on the wood floor. My knees were the first thing to hit, then my hands. 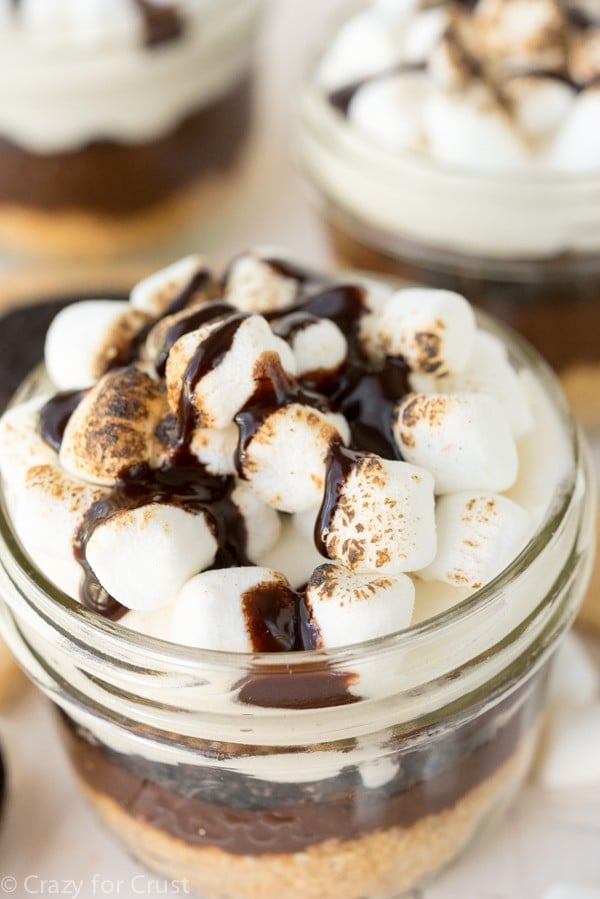 I screamed “MY CAMERA!” which is what brought Mel and Jordan running. Ignoring the pain in my knees, I crawl over and grab the camera and take a few test shots of the dog. I sigh with relief – it didn’t break. And then I wonder why it didn’t break. I pulled it down off the kitchen island onto the wood laminate floor.

That’s when my head started to hurt.

And that’s when I realized why my camera didn’t break: it bounced off my temple before it landed on the floor.

I still have the bump. And I still can’t kneel.  But I did enjoy several Oreo S’more Parfaits over the next few days. 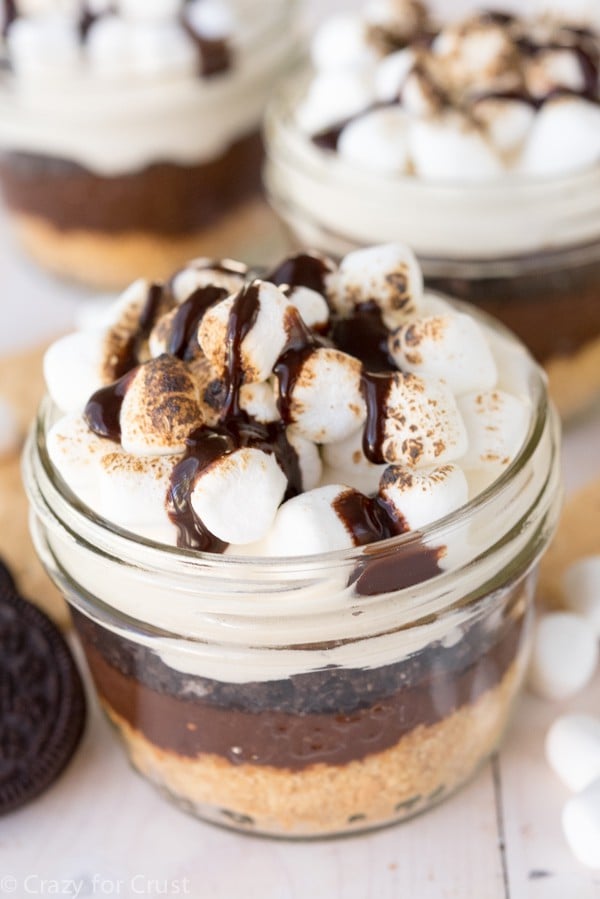 So these parfaits are a super easy no-bake treat. I made them because I had a huge bowl of marshmallow whipped cream staring me in the face. I had made the Buttermilk Banana Pancakes the cream was designated for and then wanted to make something else with the rest. Obviously I thought of s’mores.

I went over and over in my mind what to make when I realized I wanted to make something in a jar. Have you ever made dessert in a jar? They’re just so much fun. A trifle is what popped into my head next. I wanted it to be no-bake because it was 109° at the time. My oven is getting a vacation this summer. 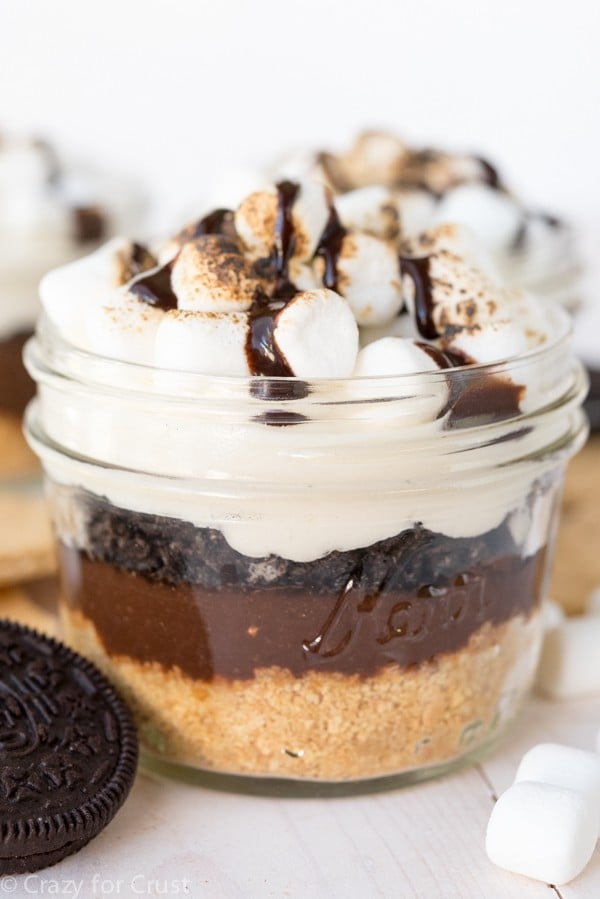 What’s in a trifle recipe?

A trifle is just a simple layered dessert. This one has several heavenly no-bake layers! You just need a few ingredients: graham cracker crumbs, chocolate pudding, Oreos, and marshmallows.

The best part about making a trifle is you can put it in any kind of jar or dish. I love using mason jars so they’re easy to pack for on the go. Or, use plastic cups for a picnic or party, like I did with my Tiramisu!

These Oreo S’more Trifles are perfect for a party, a picnic, or shoving in your face on a Friday night. Or all three!

NO BAKE Oreo S’mores Trifles are the perfect way to use up graham crackers, Oreos, and pudding. Don’t forget the marshmallows to complete the s’mores!

Just make sure not to chase a rolling pin while you’re making them. 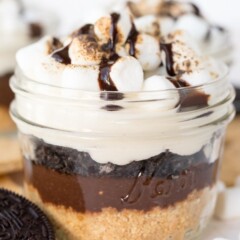 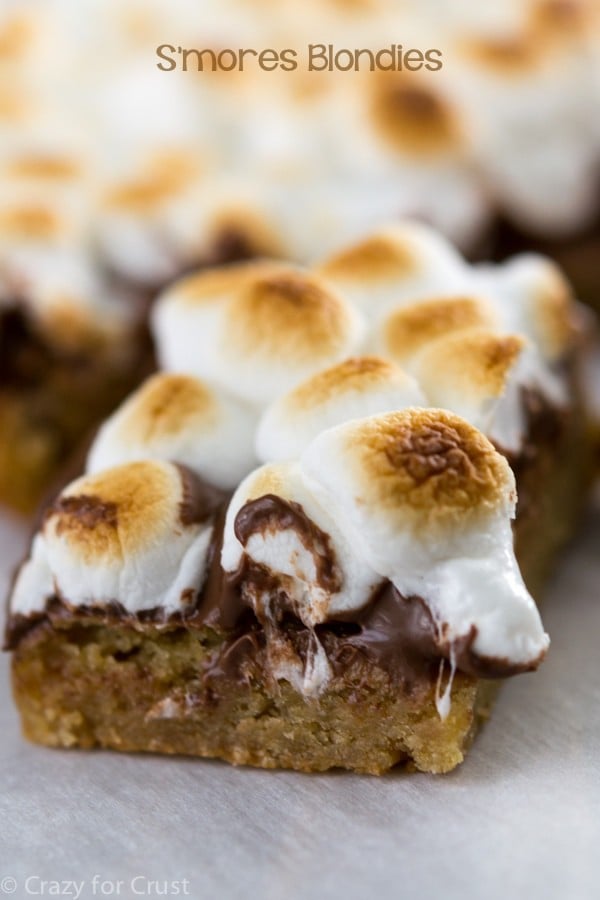 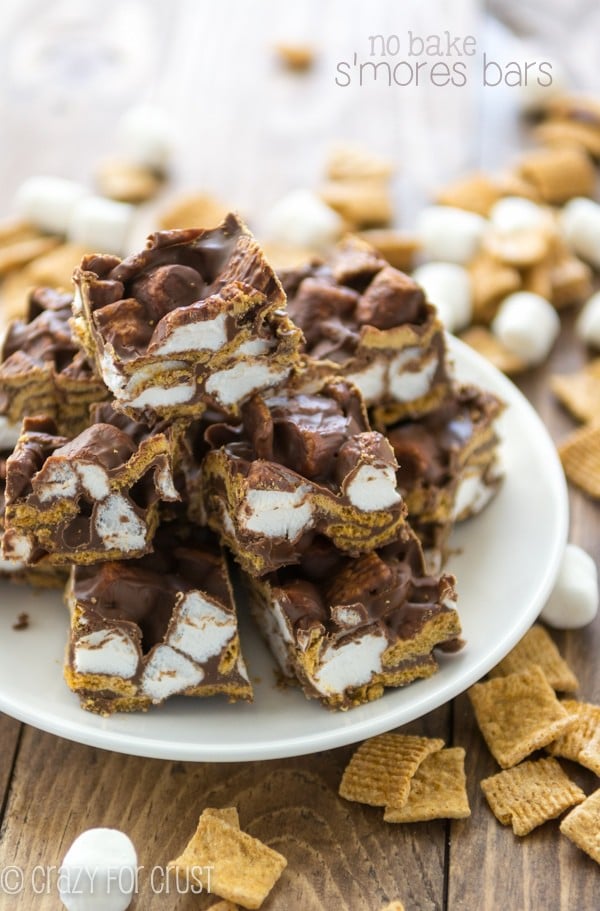 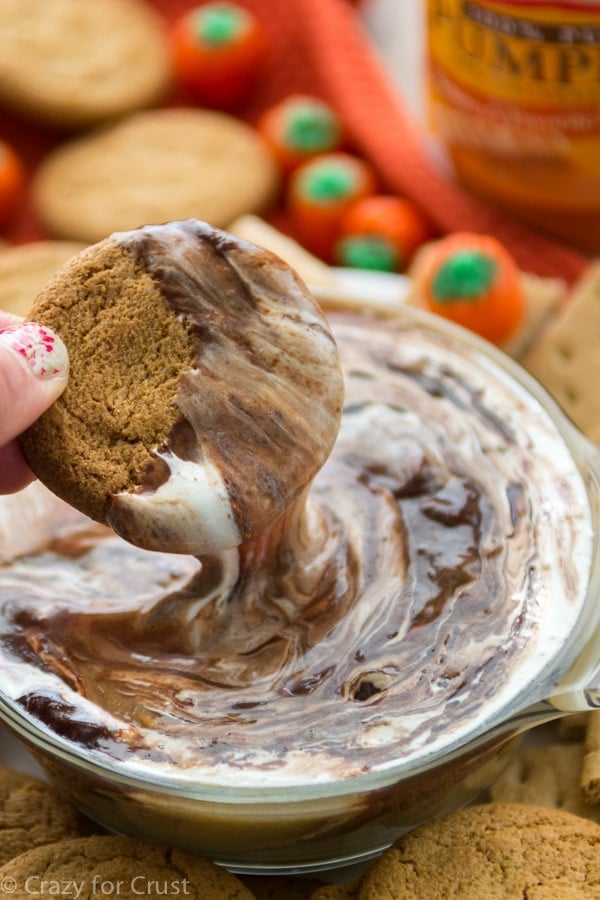