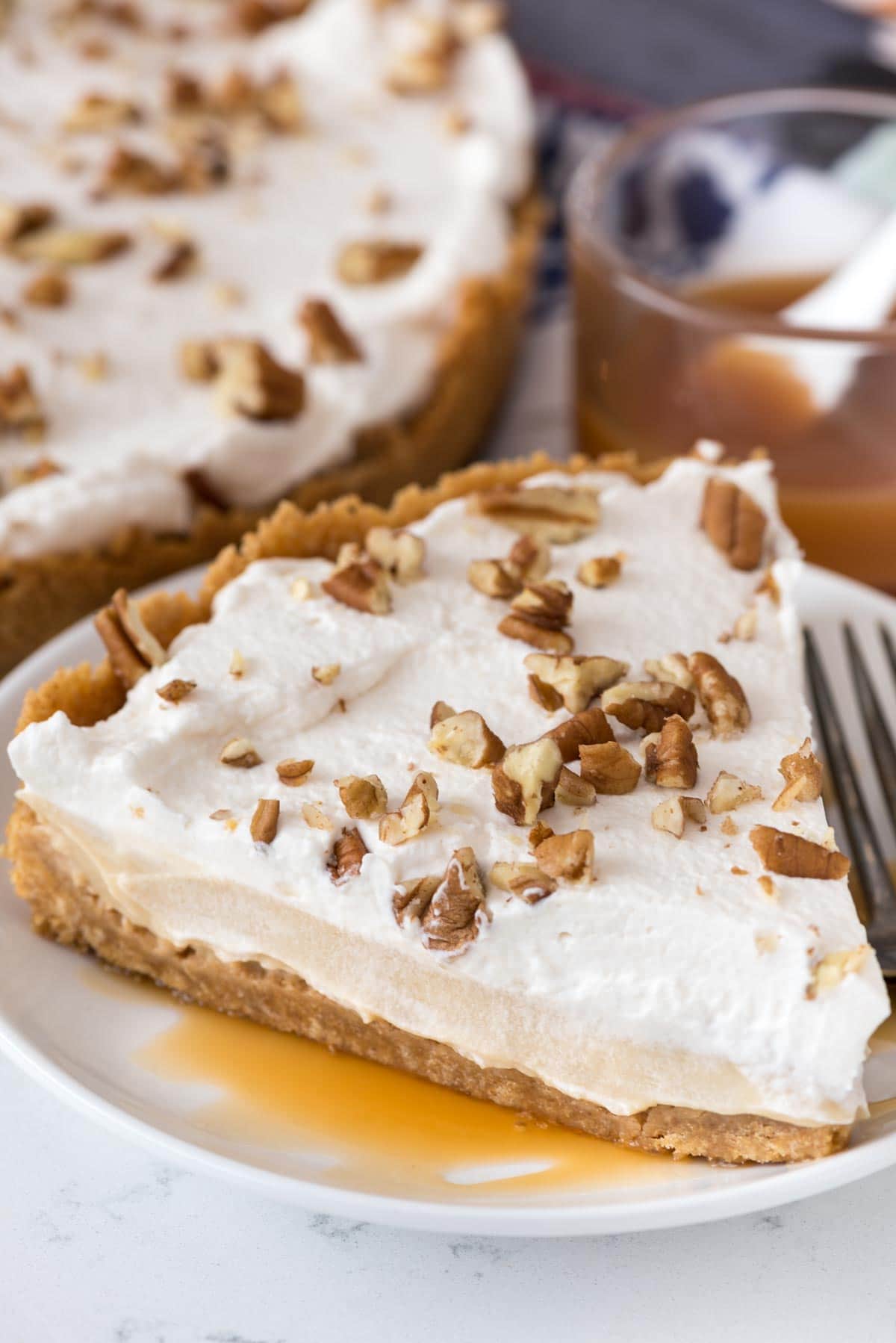 You guys. Seriously. This No Bake Butterscotch Pudding Pie is one of the BEST PIES I’VE EVER EATEN.

The other day Jordan was asking for a cookie after lunch (it’s like a default response when she stops chewing at any meal) and I told her no, because she’d already had a Frappuchino and because she was going to a sleepover that evening. Then she dropped a huge bomb on me:

“Mom, we never have dessert at any friend’s houses. We’re the only place that gets dessert after dinner. At so-and-so’s house last week we had cantaloupe for ‘dessert’ and I’m sorry, but that is not ‘dessert’.” (She even used air quotes!)

It turns out that my house is the sugar house. Is anyone surprised? Also, #MomFail.

At the time we had this conversation I was taking photos of this Butterscotch Pie. I decided to spread the love (and be the dessert fairy) so I boxed up most of it and sent it with her to the sleepover. Not 5 minutes after I dropped her I got a text message that read: OMG THIS IS THE BEST PIE EVER.

And it is one of the best pies ever. I’m really angry too, angry I didn’t come up with it myself. 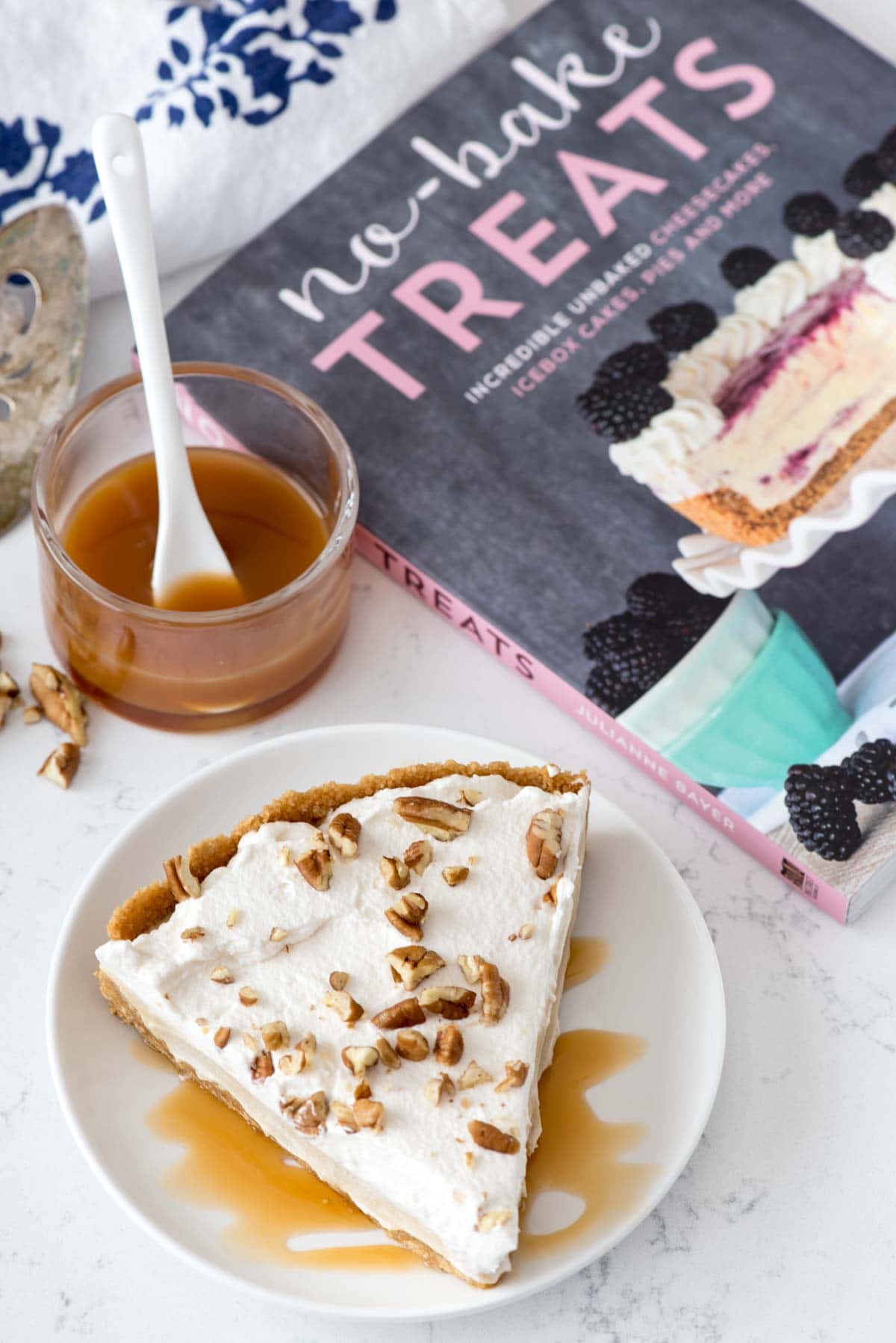 Have you guys ever read my friend Julianne’s blog, Beyond Frosting? I’ve known her for a few years now and she’s one of the sweetest people I’ve met through blogging. She just wrote her first cookbook and it’s out today! (If you frequent QVC at all you might recognize it – it sold out in just a few minutes!)

This book is one of my favorite new cookbook additions because it’s a topic I love dearly (and so do all of you): No Bake Desserts. The book is full of completely no-bake cheesecakes, pies, mousse, parfaits, bars and lots of other goodies that will keep your kitchen cool all year long. No Bake Treats: Incredible Unbaked Cheesecakes, Icebox Cakes, Pies and More by Julianne Bayer is one of those books you MUST get yourself before the holidays. And then buy it for everyone on your Christmas list! 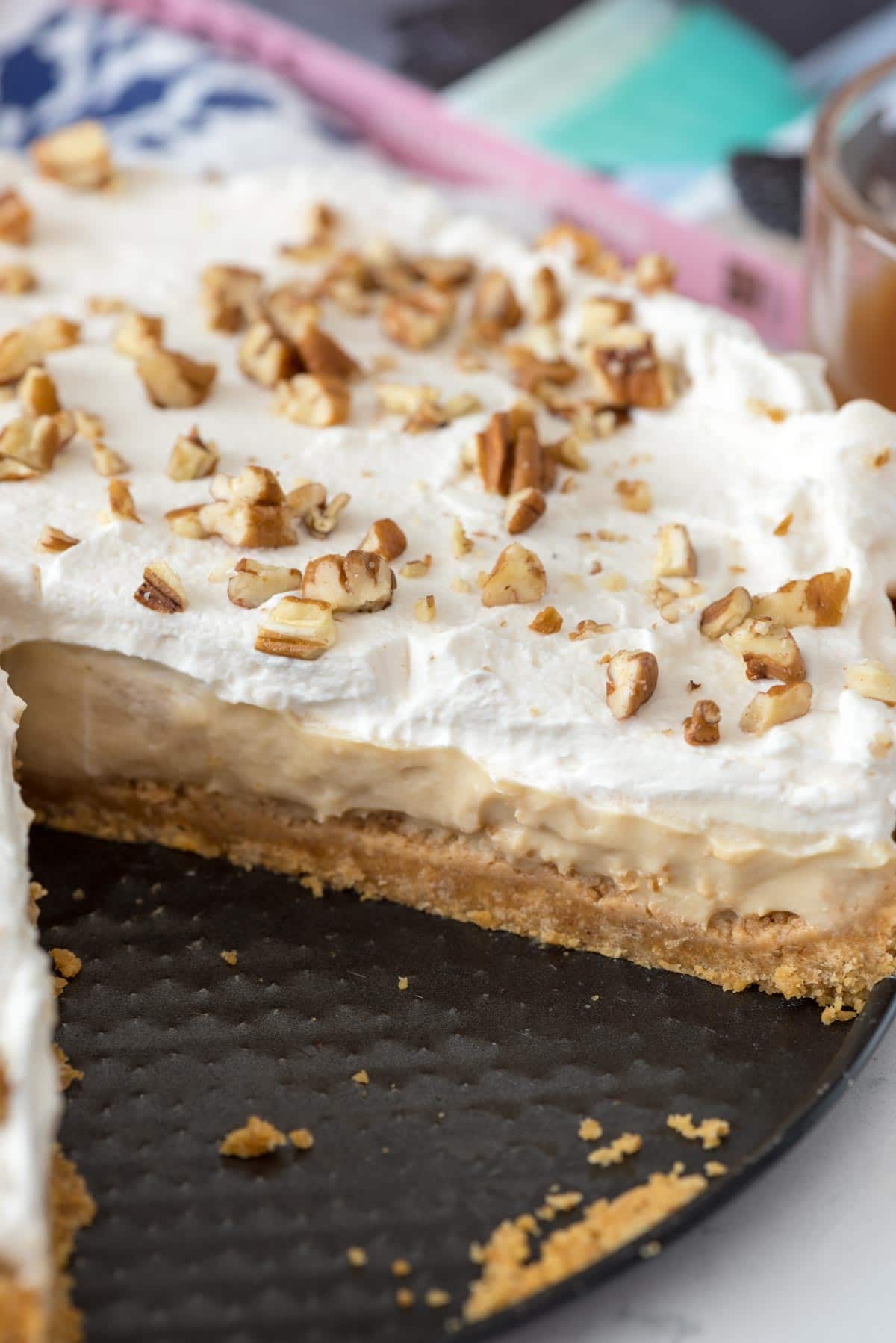 I learned a few neat tricks when I made this pie. First, whenever I think of “pie” I think about using a pie plate. But Julianne’s recipe called for using a 9″ springform pan which made removing the pie and slicing/serving it a total breeze. I didn’t have a ruined first slice and everything just sliced and came apart easily. If you don’t have a springform pan you can use a regular pie plate but oh my gosh, I’m so using my springform pan more often.

The other neat tip I learned was about how to prevent a skin from forming on the freshly cooked pudding. If you’ve ever made homemade pudding, you know what I’m talking about right? **shudder**

Anyway, what you do is pour the pudding into the crust and then immediately top it with plastic wrap, touching the top of the pudding and you poke holes in the plastic wrap using a toothpick. It’s genius because there is no sweating as the pie cools and no skin forms!

I love how I learn new things from my blogging friends. Also, I love how they write recipes as good as this one is!

You must, MUST get Julianne’s book. I know that it will be one of the gifts I give this year for sure, and I’m going to be non-baking out of mine for a very long time!

This No-Bake Butterscotch Pudding Pie is completely from scratch with the BEST butterscotch pudding EVER and a graham cracker crust!
Yield 8 -10 servings
Serving Size 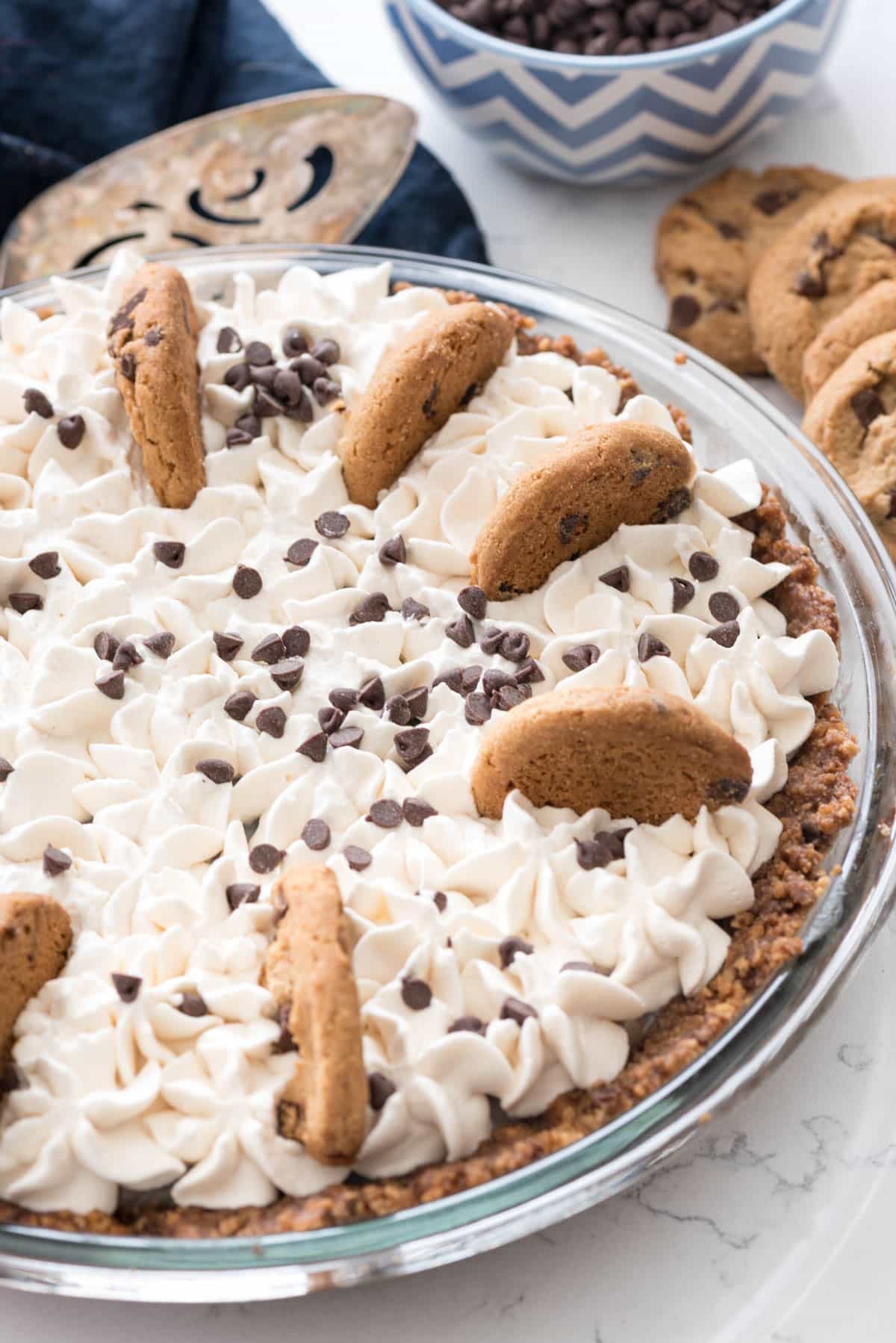 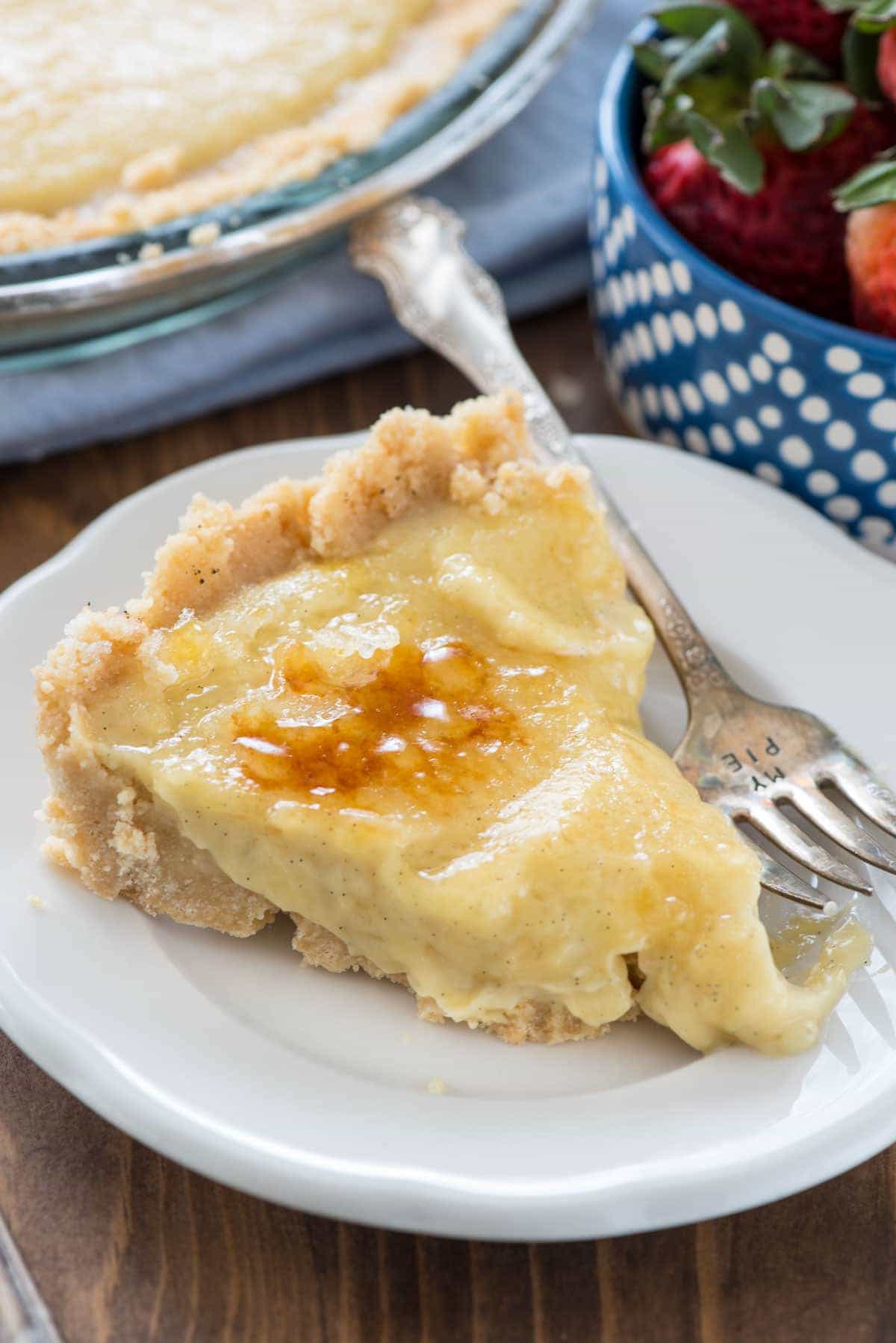 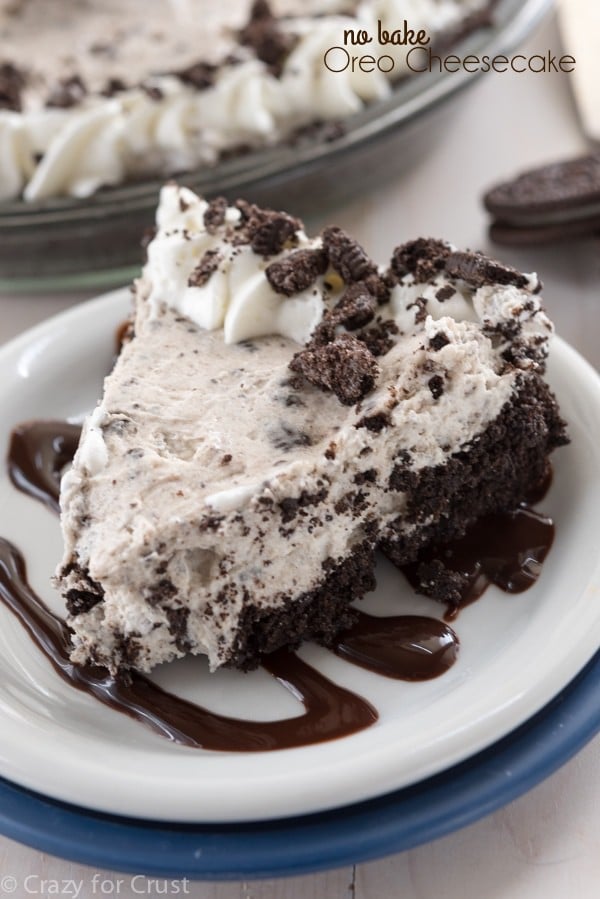