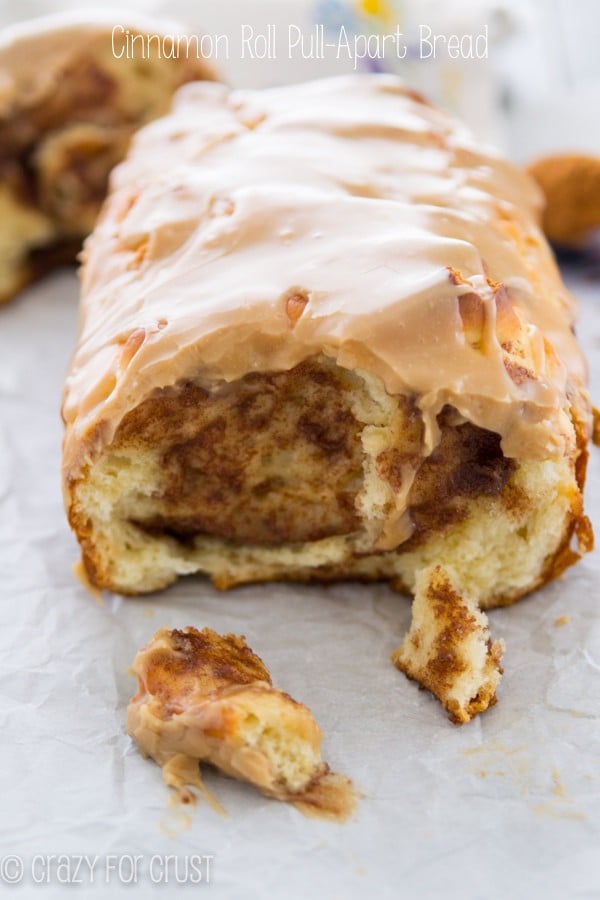 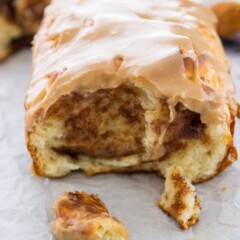 4 from 2 votes
Cinnamon rolls – in bread form! Cinnamon roll dough is cut into squares and formed into a loaf of bread for a new twist on breakfast. Filled with cinnamon and topped with maple glaze, this is your new favorite breakfast.
Yield 12 servings
Save RecipeSaved!Rate RecipePrint Recipe