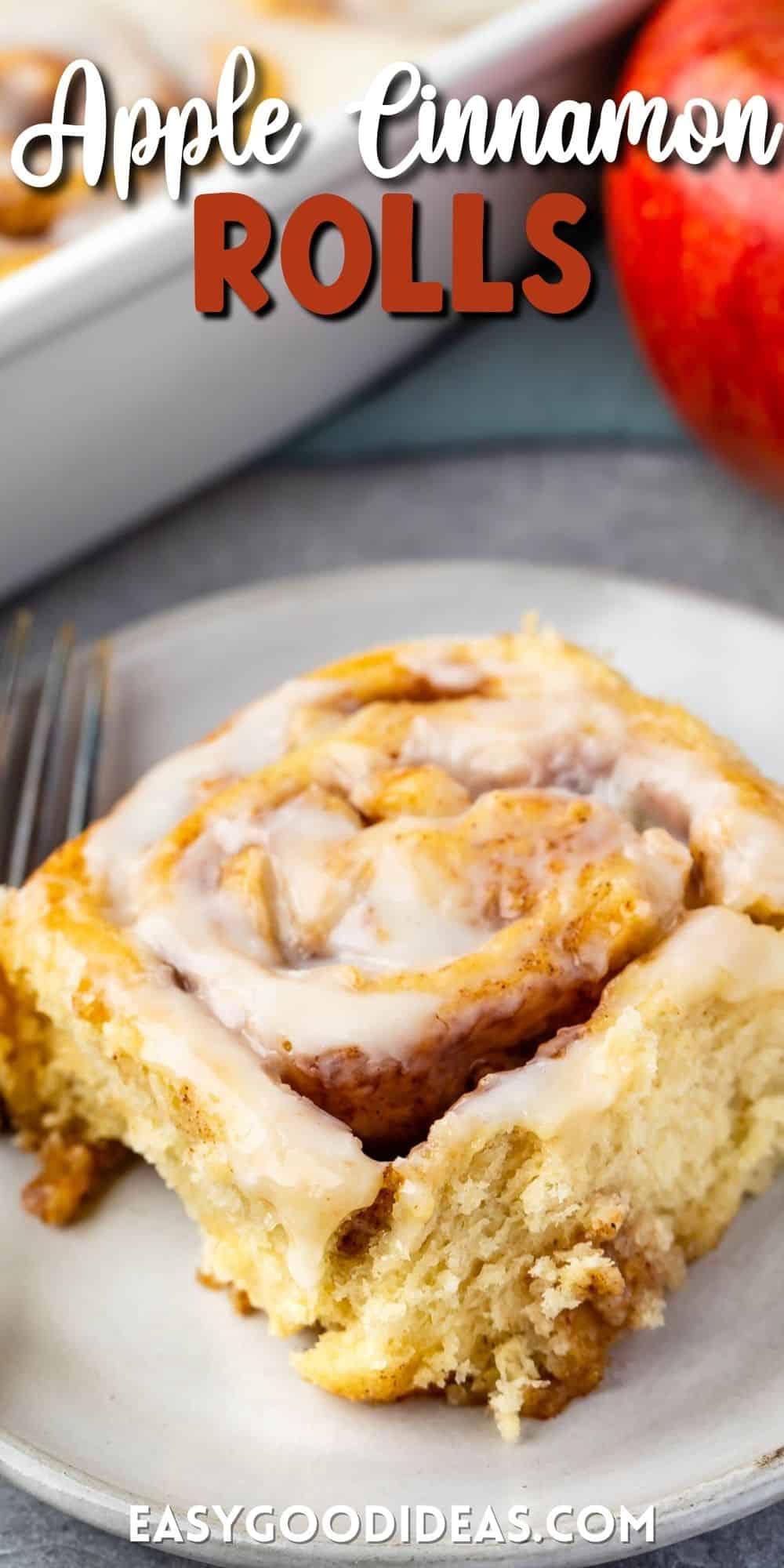 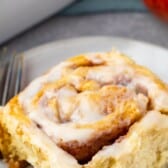 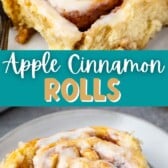 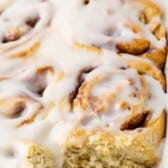 Apple Cinnamon Rolls with cream cheese frosting are amped up with apples times three! Fresh apples and apple cider in the soft cinnamon rolls and in the frosting. If you’re an apple fan, you have to give this homemade apple cider cinnamon roll recipe a try.

Soft cinnamon rolls with apples and an apple cider cream cheese glaze – there’s a lot going on in these delicious cinnamon rolls and all of it is amazing.

What makes these so good is the apple cider in the cinnamon roll dough. It’s an easy hack – just swap out the milk (used in traditional cinnamon rolls) for apple cider. The natural sugar in the cider works to feed the yeast so the rolls puff up beautifully.

Why you’ll love these

Not only does the dough have apple cider AND fresh apples but so does the icing. We’re giving a cream cheese frosting an apple cider twist and it’s the perfect finishing touch.

Make a pan of these cinnamon rolls with apples and your family will attack the pan! There won’t be a roll left, I can promise you that. They are so, so good.

How to make Cinnamon Roll Dough with Apple Cider

How to make Apple Cinnamon Rolls

For the frosting, beat melted butter and softened cream cheese until it’s almost smooth. Mix in powdered sugar and apple cider. If your frosting is too thick, add a little more cider to thin it.

Spread the icing over the warm apple cinnamon rolls and devour.

Storing and Make Ahead Instructions

How to make overnight cinnamon rolls: These are the best make-ahead cinnamon rolls because you can do most of the work a day ahead. Prepare the dough, assemble the rolls, and keep them in the refrigerator overnight.

The next morning let them sit out at room temperature while you preheat the oven. While they bake, make the frosting and then enjoy fresh-baked from-scratch apple cinnamon rolls.

How to store cinnamon rolls: Leftover cinnamon rolls can be kept in an airtight container at room temperature or in the refrigerator. You can warm them in the oven or in the microwave.

What apples are best for the filling?

Any apples you like will work in this apple cinnamon roll recipe. For a tart apple filling, try Granny Smith apples. Or Gala, Fuji, Honeycrisp, or Pink Lady apples are great, too.

Can I use apple pie filling?

I haven’t tested this recipe with apple pie filling.

Is your yeast expired? If it is, it won’t work right, and your dough won’t rise. Also, the dough may take longer to puff up if it is cold in your kitchen.

Can I use instant yeast?

Instant yeast won’t work in this recipe.
The scent of these apple cider cinnamon rolls baking is so amazing! They are the best Saturday or Sunday morning breakfast. I love them any time, especially during the fall when I’m craving cinnamon-apple everything. Give them a try soon!

Can I freeze cinnamon rolls?

Freeze them after placing in pan (wrap tightly) for up to 1 month. Thaw and allow to rise before baking. Or freeze once baked.

Have You Made This Recipe Before? 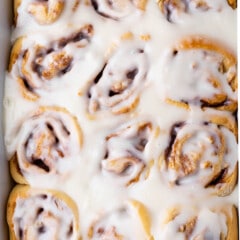 Rising and Baking: Overnight or Right Away

BEST EVER Apple Cider Cinnamon Rolls from scratch have a soft homemade cinnamon roll dough with a brown sugar apple cinnamon filling and cream cheese frosting! These are the best fall breakfast or brunch.