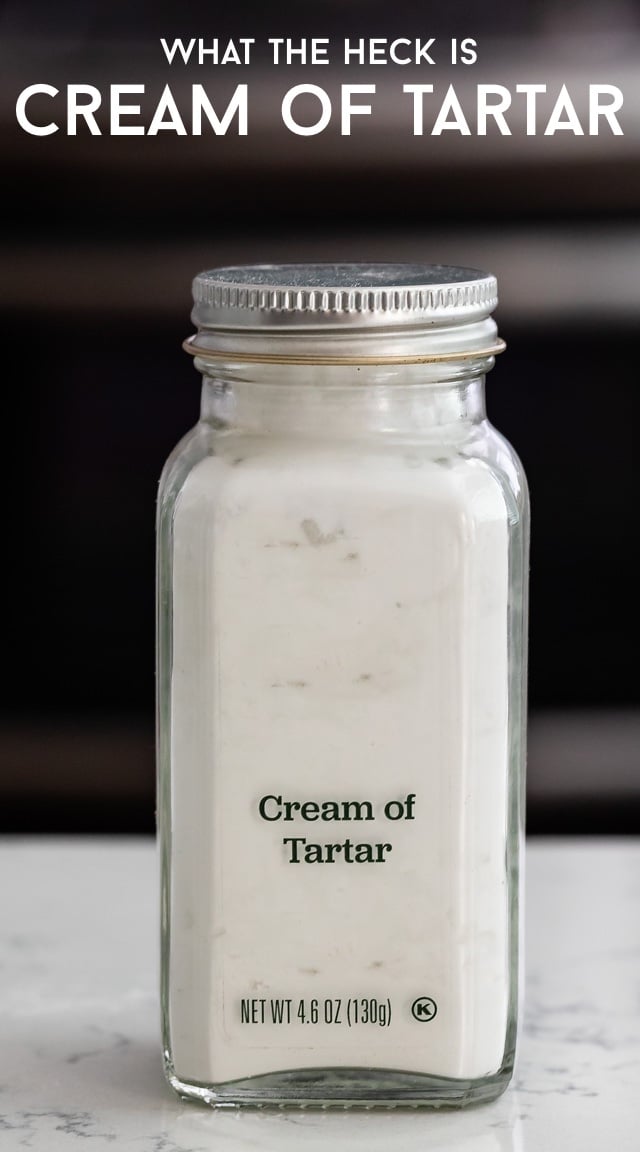 Cream of Tartar is one of those strange ingredients called for in lots of recipes but you probably have no clue what it is or why we use it. We’re going to do a deep dive today: learn what is cream of tartar and how to use it! 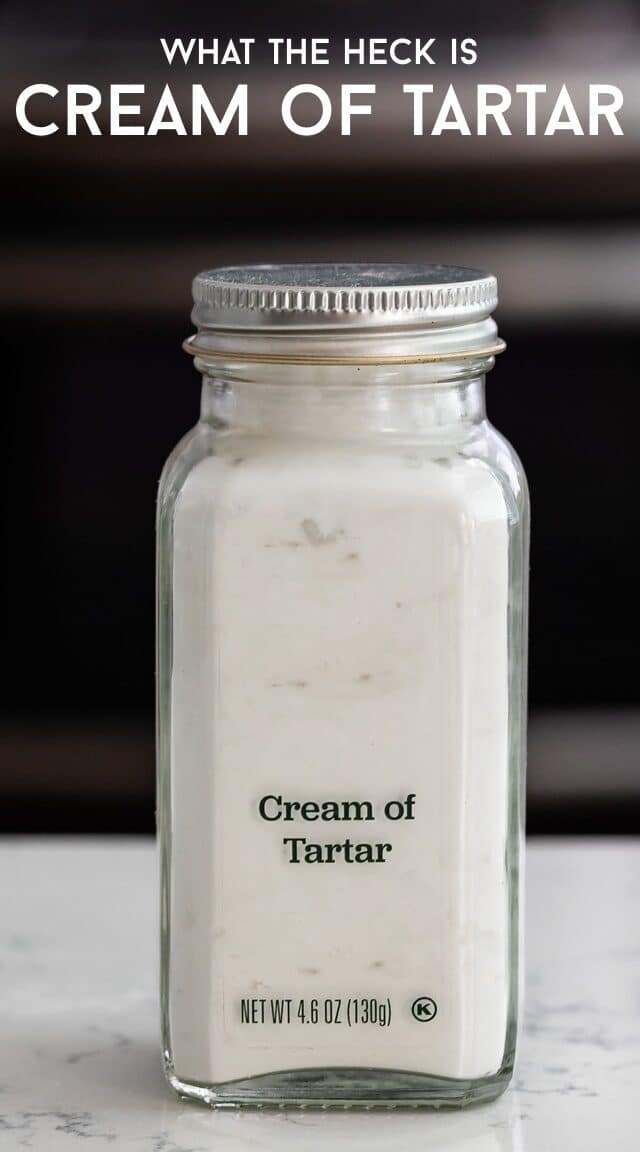 What is cream of tartar?

Scientifically, cream of tartar is potassium bitartrate, AKA potassium hydrogen tartrate, a byproduct of winemaking. It’s an acid similar to lemon or vinegar, often used in baking or in cleaning. You find it in the spice aisle; it’s a white powder not unlike baking soda or baking powder in look and texture.

It’s kind of a mystery ingredient, one that you may have in your pantry but have no idea when or why to use it. But it has so many uses, especially in baking, and just a bit of it can make a huge difference in recipes that call for it.

This miracle ingredient that can improve baked goods and help you clean your kitchen!

What is cream of tartar used for?

This ingredient is mostly used in baking. You’ll see it called for most often in recipes calling for egg whites, cookie recipes (like snickerdoodles) and when you’re making candy.

By adding a bit of it to egg whites when you’re beating them (about 1/8 teaspoon per egg white) helps to speed up the beating process. It helps speed up the creation of foam and stabilities the egg whites. and helps strengthen the bubbles in the foam and prevents them from collapsing too quickly, as well as help them stay bright and white.

This is why you see cream of tartar added to recipes like lemon meringue pie. Adding it when beating the egg whites for the meringue helps keep that meringue fluffy, light and white.

You’ll also see it added to angel food cake and meringue cookies, because those call for beating lots of egg whites.

How it helps Candy Making

Adding cream of tartar when you’re making candy helps prevent the creation of sugar crystals. That’s why lots of icing, syrup or candy recipes call for it: it makes it so the end product doesn’t have large crunchy sugar capsules. Whenever you’re cooking sugar for a syrup, add a bit of cream of tartar to aid in a smoother candy recipe!

Why do Snickerdoodles have cream of tartar?

Cream of tartar in a snickerdoodle cookie is what differentiates it from a plain old cinnamon coated cookie. Just like in regular sugar cookies, the cream of tartar prevents the sugar from crystalizing, giving a soft texture that’s also chewy, plus that acid flavor is key in what differentiates a snickerdoodle from all other cookies. (For my snickerdoodle cookie recipe, I adapt my sugar cookie recipe because it already has this miracle ingredient!)

How else is cream of tartar used in cooking?

Those are just the main ways you’ll see it called for in recipes. However, you can add this magical ingredient to other things to produce even better recipes!

Substituting: what can be used in place of Cream of Tartar?

I highly recommend NOT substituting this ingredient. Some substitutions are easier than others; this is one that gets tricky. There are some substitutions but they may (most likely will) affect the outcome of your recipe. Note: these have not all been tested in my recipes.

Does Cream of Tartar go bad?

Unlike other spices, it has a long shelf life. As long as it’s kept in a cool, dry spot and is in an airtight container, it should last indefinitely. Check the freshness with look and smell: it should be powdery and white and smell slightly acidic.

There are so many non-food ways to use it around the house!

(These are untested; be sure to check with your doctor before trying any of these things or ingesting cream of tartar in this way.)

In my research, I was surprised to see how many people use it for its health benefits, like:

Where to buy Cream of Tartar

You will find this white powder in the spice aisle of any grocery store. It looks like baking powder or baking soda, but it’s actually a spice and sold in jars like cinnamon and other seasonings.

Recipes that use Cream of Tartar