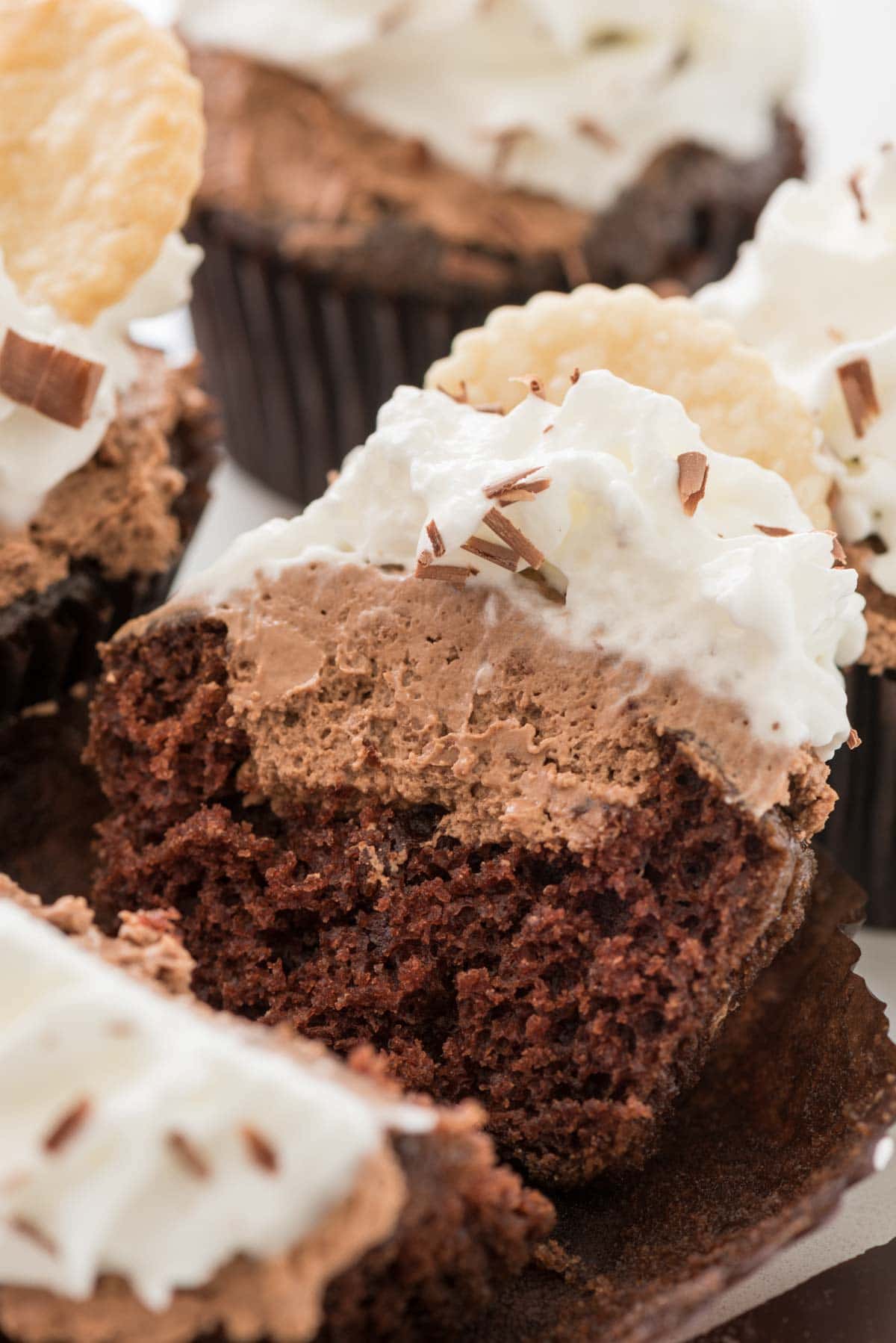 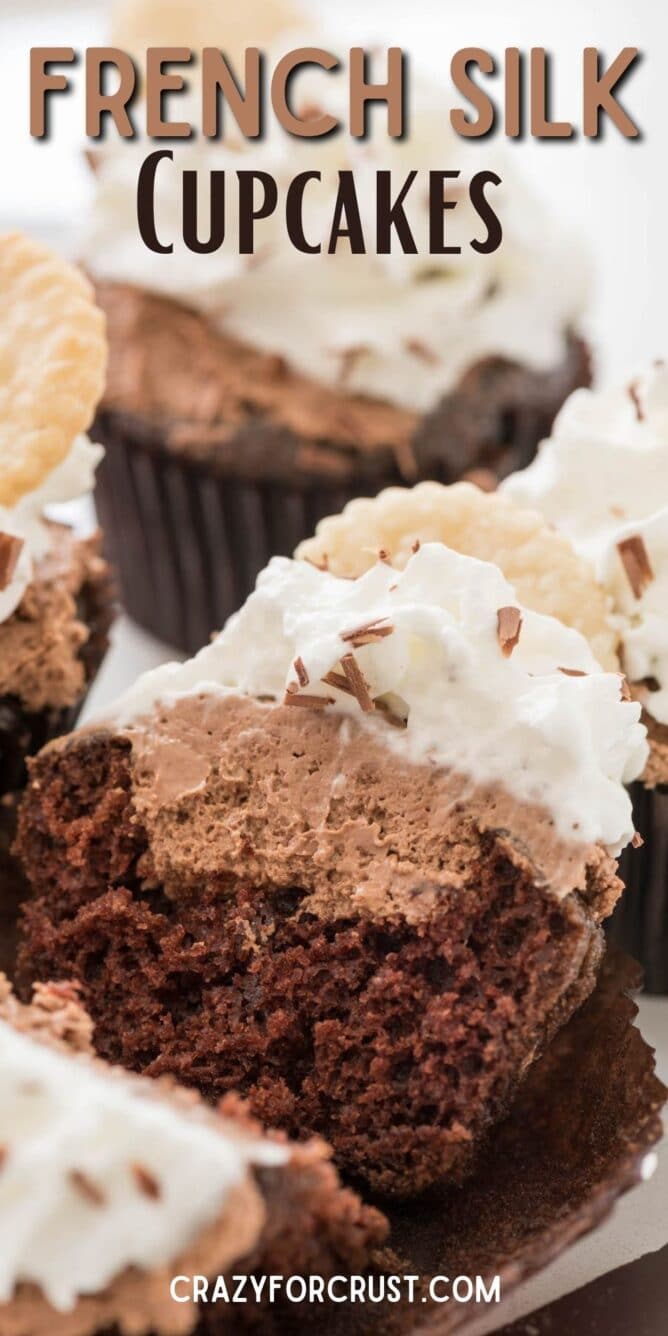 If you love French Silk as much as I do, these cupcakes are for you: an easy chocolate cupcake filled with French silk, topped with whipped cream, and garnished with a pie crust chip!

One thing I love about baking is combining two desserts into one. I can’t help myself! I just love a sweet mash-up, especially when I can’t decide between two different treats.

What is a French Silk Cupcake?

They look complicated, but they’re really easy. You can use a box mix for the cupcake, but my chocolate cupcake recipe is my favorite one. It’s also an egg-free recipe, so these cupcakes are a winner if you’re dealing with an egg allergy.

Once the cupcakes are baked and cooled, you fill them with a simple French silk pie. Add the whipped cream and the cute pie chip, and you get the most amazing chocolate-filled cupcakes.

How to make French Silk Cupcakes

How do I fill cupcakes?

There are different ways to fill cupcakes, depending on where you want the filling inside. I like to have the filling towards the top for French silk cupcakes, so I carve out a cone-shaped hole in the top of the cupcake.

Spoon or pipe the filling into the hole. You can leave it as is or replace some of the part you took out to cover up the filling.

Top with a pie crust chip for decoration! Simply cut out circles of pie crust, bake at 400°F until golden, then cool and top cupcakes. 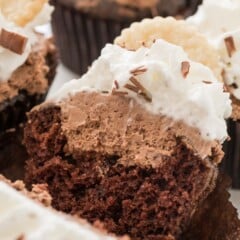 To make pie crust chips: Unroll a sheet of pie crust (homemade pie crust or store bought refrigerated crust). Cut 1 or 2-inch circles using a round cookie cutter. Lay on a cookie sheet covered with parchment or silicone, then bake at 400°F until golden (8-10 minutes). Cool and top cupcakes.