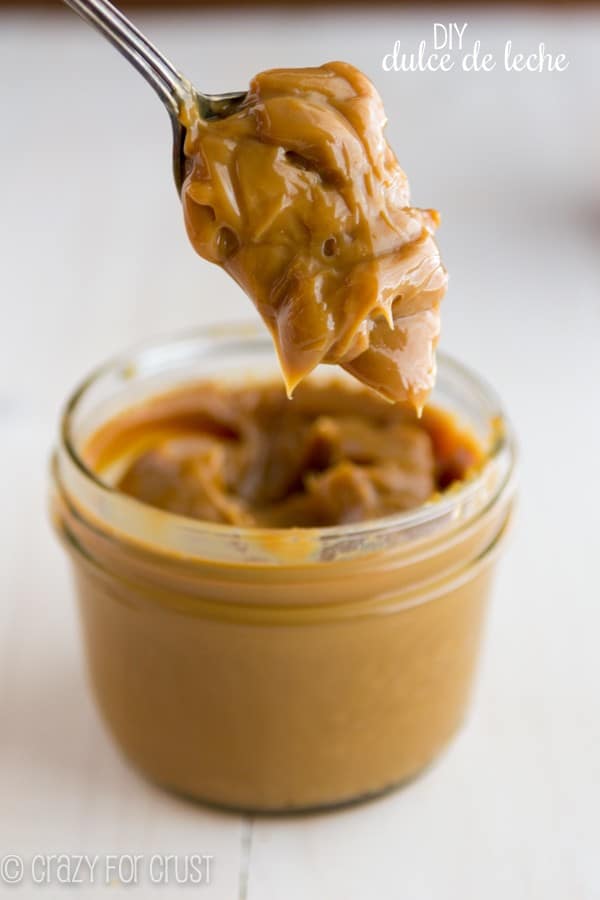 Made in a slow cooker, this DIY Dulce de Leche is better (and cheaper) than store bought. It’s some of the best milky smooth caramel you’ll ever eat.

Get your spoon ready – you’ll want to eat this straight from the jar!

Here’s the issue: I have a keyboard shortcut on my Mac. Whenever I type “de” it auto-fills with my personal email address. I set it up on my phone so forms would be easier and since both my phone and MacBook are smarter than me, they talk to each other and plot my demise. Do you see where I’m going with this?

EVERY time (and I mean Every. Single. Time.) I’ve typed Dulce de Leche lately it auto-fills with my email address. Over and over again. Even if I catch the pop up and “x” it out. It’s gotten to the point I often type “dulcede leche” and add the space. For this post, I’m cutting and pasting.

I don’t want to get rid of the shortcut, because then my Mac and my phone will plot against me and I won’t be able to use it on my phone.

But here’s the kicker: last week I was filling out a form on my Mac and I typed “de” and it didn’t autofill with my email address and I had to type it out on my own.

I was really angry then. I swear, I’m an Apple girl and all, but I really really really hate them sometimes. I don’t want my technology to be smarter than me. But it is.

In fact, not only is technology smarter, but so is my slow cooker. I tried to make Dulce de Leche from scratch using real milk and sugar and it was horrid. Burned, lumpy, and just not good at all. Turns out all I needed was my slow cooker to save the day. 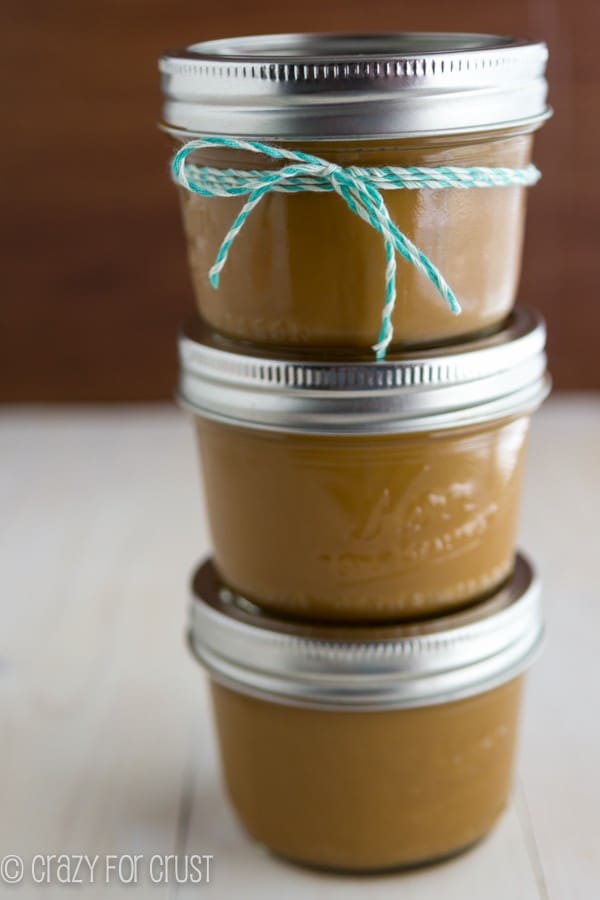 If we’re being honest with each other, I didn’t even know what dulce de leche was until a few years ago. Blogging has taught me so many things! Dulce de leche is quite possibly the best stuff ever. It’s milk and sugar that get boiled down and cooked until thick and sweet and rich. It’s Mexican caramel: creamy, milky, and so, so good.

Last year I used a can of dulce de leche to make easy ice cream. It was SO GOOD. I haven’t done much using it since, but I always see the cans at Walmart (they’re not cheap, about $3-4 a pop) and think about things to make. Then I went to Miami for BlogHer Food and it was everywhere. In dessert, in the grocery store, on menus. And I remembered just how much I love it. So I wanted to make my own.

After the from scratch fail (which I’m determined to try again), I decided to go the sweetened condensed milk route. I’ve known for years about making your own ducle de leche using sweetened condensed milk. People do it in the oven, in a pot, in a slow cooker. With the can, without. Every recipe is pretty much the same: cook the SCM for several hours and it turns into dulce de leche, like magic.

I decided to go the Crock Pot route because I wouldn’t have to baby-sit it. I could set it and forget it, the beauty of all things slow cooker. But I was afraid to do it in the can, because I’ve heard horror stories of exploding cans and fire. Then I happened along the Betty Crocker recipe, using mason jars.

I knew it was the perfect recipe for me because I love mason jars. #IknowImweird

Because this recipe is super difficult (HA, kidding), I decided to do a step-by-step for you. Ready? Here we go: 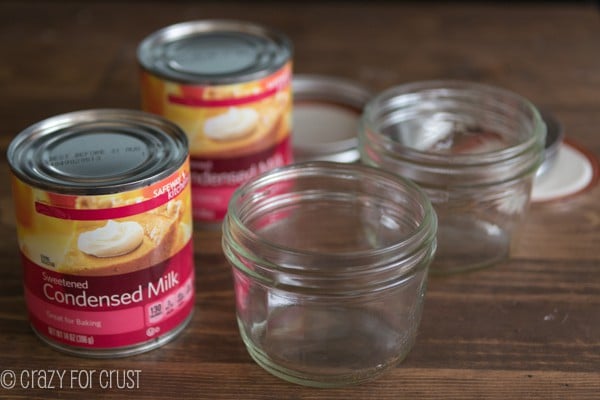 Start with 3 8-ounce mason jars (or 6 4-ounce) and 2 14-ounce cans of sweetened condensed milk. Use jars that will fit in your crock pot, covered by 1-2 inches of water. Make sure the jars are clean and have fresh rings and lids. 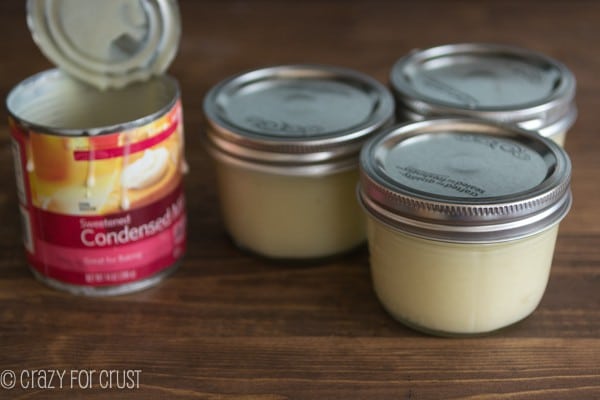 Evenly divide the SCM between the 3 jars. Seal tightly. 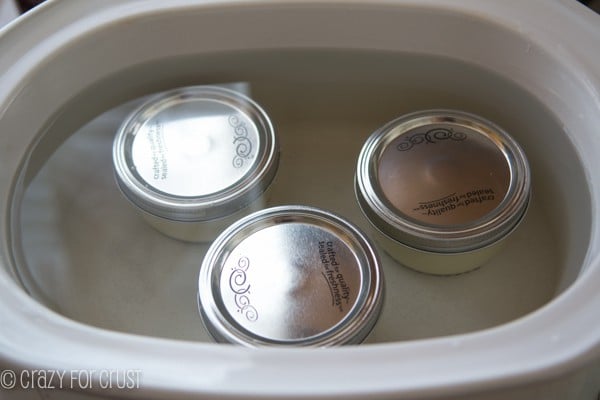 Place your jars in your crockpot and cover with water so that there is about 1-2 inches of water above the lids. Cover and cook for 10 hours on LOW. When the time is up, lay out a kitchen towel on the counter. Use tongs to remove the jars (the water is almost boiling and the jars are HOT!) and let them cool to room temperature. The rings may have accumulated some rust during their bath, so just wipe that off with a towel. Then store them in the refrigerator for up to 4 weeks.

The end result is a thick, sweet, milky flavored caramel. You can do so many things with it:

There are a few other recipes I have for you coming in the next few weeks. Stay tuned: you won’t want to miss them. File away this recipe because if you can’t find the canned kind, it’s so easy to make your own. And it tastes better too!

Put down the spoon. Save some for later!

Or just make more. Whatever! 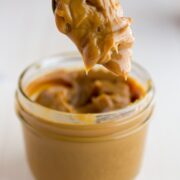 How To Dip Candy and Truffles Video Tutorial 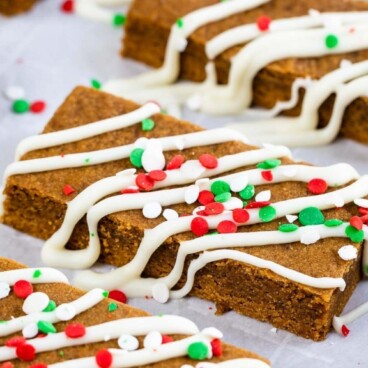 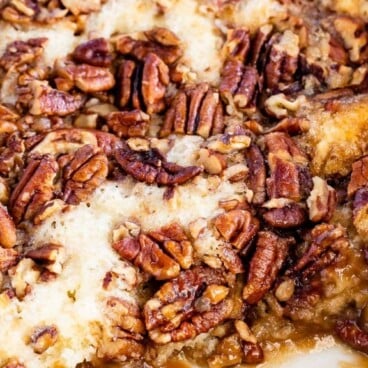 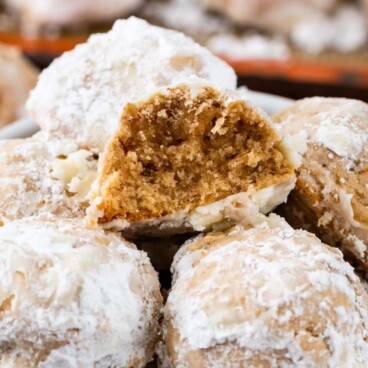