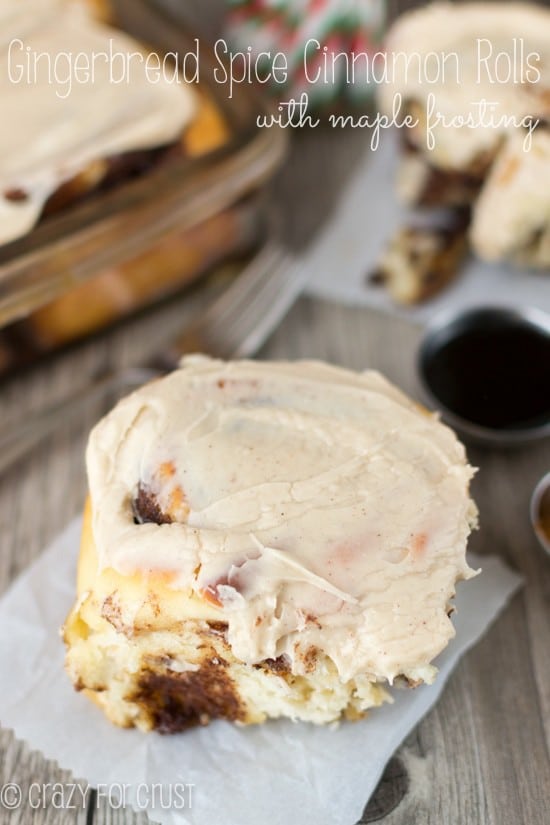 These Gingerbread Spice Cinnamon Rolls have a maple frosting and are the perfect way to get in the spirit of the holidays!

Do y’all do anything special on Thanksgiving morning? Watch the parade? Play a game of family football? Make a special breakfast?

You see, we’ve never had any Thanksgiving morning special traditions. It was always about the getting ready for dinner: getting the turkey ready, watching my mom and dad make knoepfle (spatsul). Since we’ve lived here in Northern California, we usually travel on Thanksgiving Day to whichever set of grandparents is hosting dinner.

When I asked Facebook last week, so many people said they make cinnamon rolls, watch the parade, and look at the ads for Black Friday. I never thought about cinnamon rolls on Thanksgiving. But now? Now I will.

And I think these Gingerbread Spice Cinnamon Rolls need to be the first traditional Thanksgiving breakfast we make. Because what better way to get in the holiday spirit than with gingerbread? 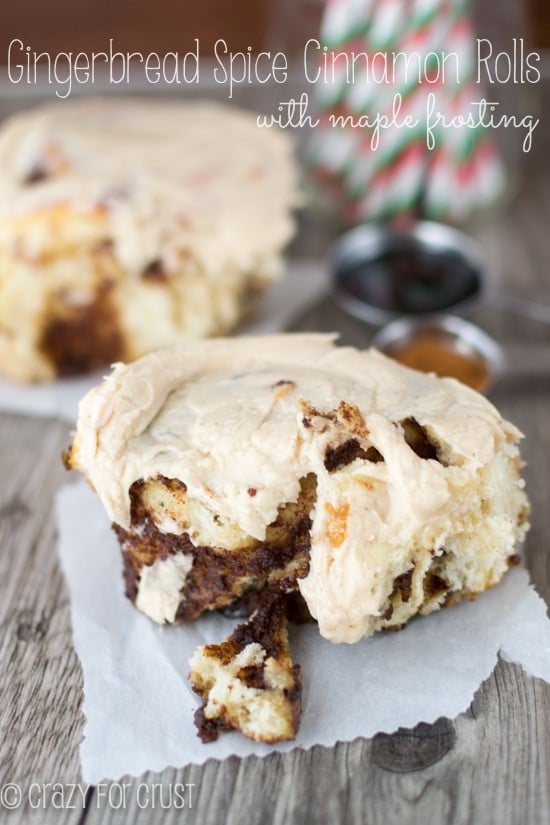 These cinnamon rolls are made using my favorite dough recipe. I’ve made Peanut Butter Cinnamon Rolls and Zucchini Cinnamon Rolls with this same dough. It works perfectly every time I make it. It’s a rich buttery egg dough, perfect for a cinnamon roll.

My favorite part of these cinnamon rolls is the filling: it’s gingerbread spice. Brown sugar, molasses, allspice, cloves, nutmeg, and ginger all mix with butter and are rolled inside the dough. The filling really does taste like a gingerbread cookie!

The hardest part about making cinnamon rolls is waiting for the dough to rise, especially in the morning. Here’s a trick for you: I make my rolls the day before. This dough rises in about 2-4 hours, depending on the warmth in your house. It needs to double in size. If your kitchen is warm from baking or it’s summer, it’ll take less time than if your house is cold in winter. Start the dough midday sometime before you want them served. Once it’s risen, roll it out and fill it. Slice your rolls and add them to your pan.

Then, usually around dinner time, the rolls are done and in the pan. I cover them with plastic wrap and place them in the refrigerator. In the morning, I take them out of the fridge and uncover them. Preheat the oven and set the pan near it, so they can start to come up to room temperature. Then you bake them – without having to get up at 3am. This is especially helpful on Christmas morning!

You can also make your maple frosting ahead of time. I love, love, LOVE maple. I think the combination of gingerbread + maple is amazing for these rolls. The frosting is super simple to make and really takes them to the next level. If you make it the day before, store it in the refrigerator. Take it out when you take out the rolls. If it’s still too hard to spread when the rolls are ready, you can heat it for about 5-10 seconds in the microwave. Stir, then see if you need to heat it again. Don’t heat it too much though, or it’ll melt!

These rolls are perfect for any occasion! 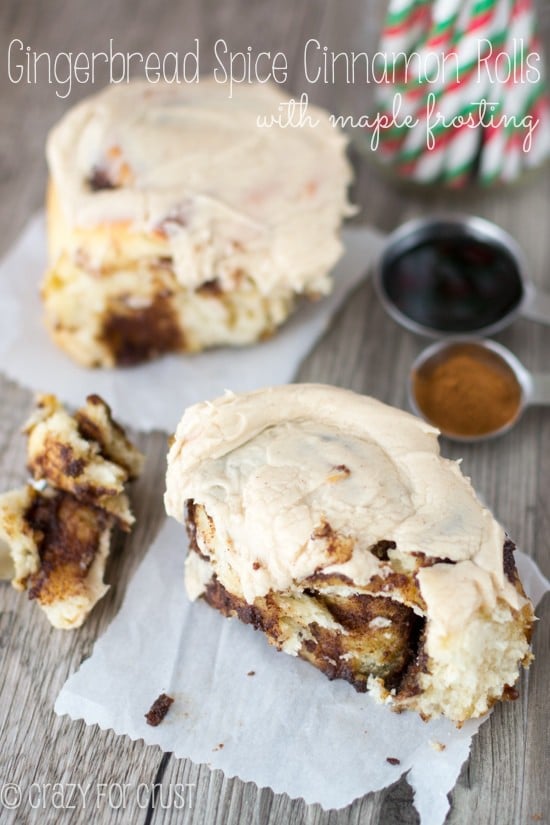 Especially for reading Black Friday ads. Now that’s what Thanksgiving is all about, right? #not 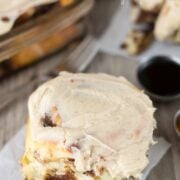 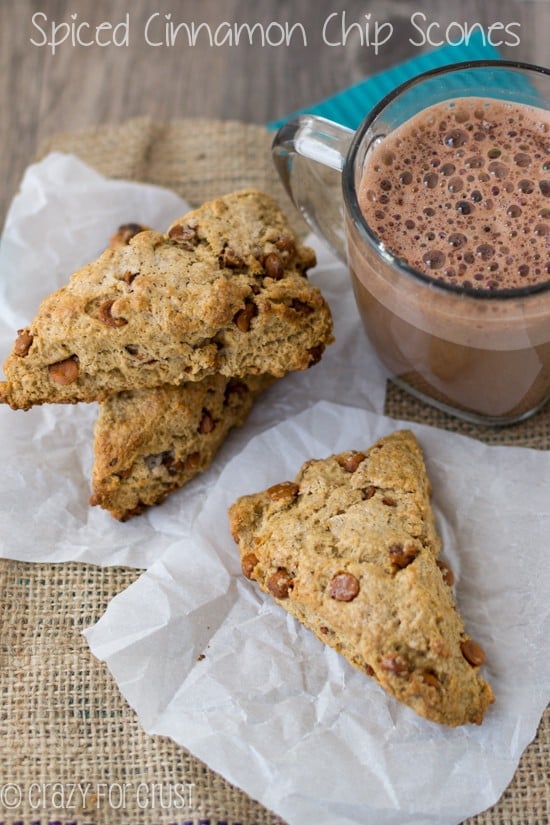 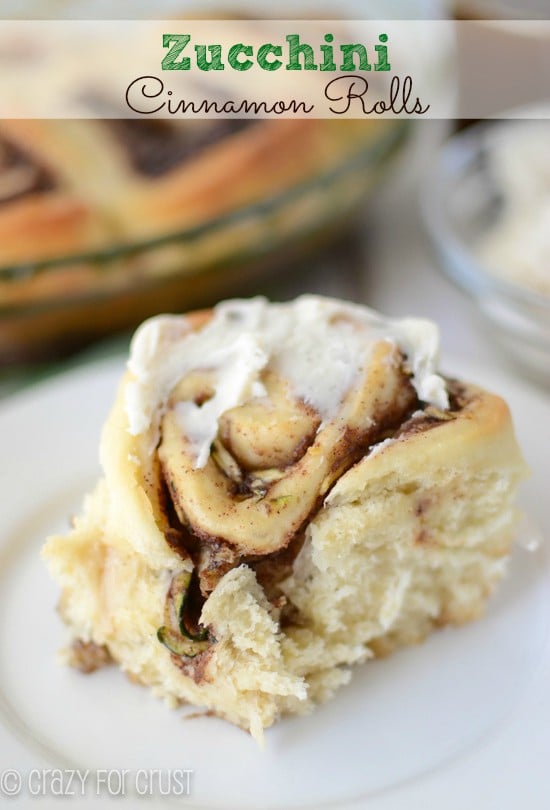 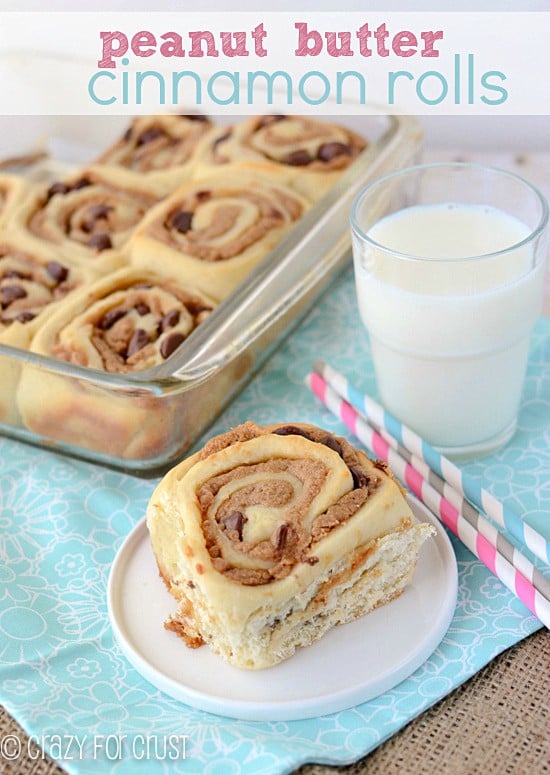 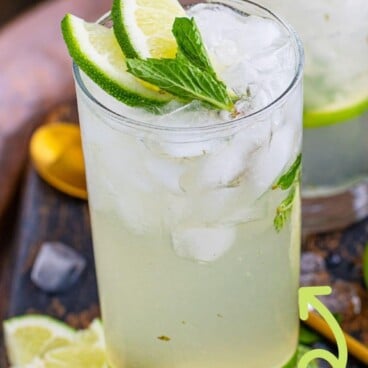 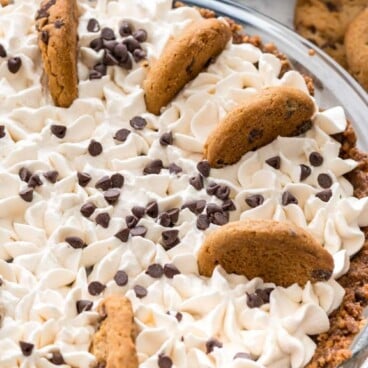 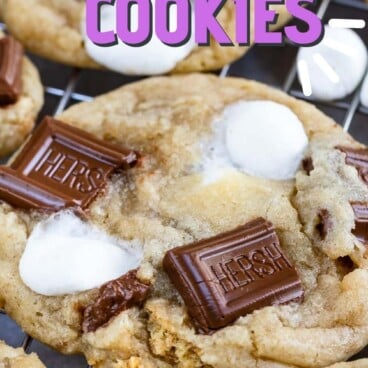 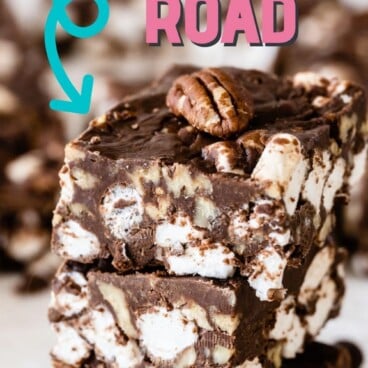