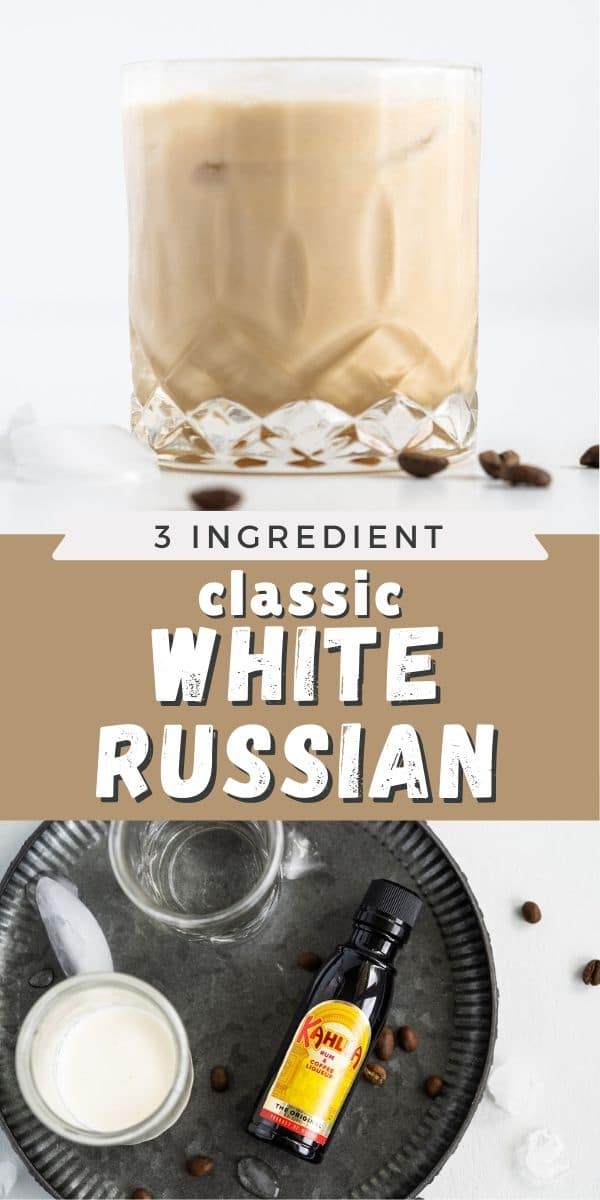 Learn how to make a White Russian Recipe, which is a simple cocktail made with just three ingredients. It combines coffee liqueur, vodka, and cream for a rich and creamy drink that is perfect as an after-dinner drink.

When it’s cocktail time at our house, we like to try new drinks, but we like to keep things simple! Typically, I’m going to go for the glass of wine, but sometimes it’s fun to play bartender and make a mixed drink, and one of our favorites is a white Russian drink.

It’s cold, it’s creamy, and it’s perfect for sipping on after dinner. Plus, it’s really easy to make – you don’t need a bunch of different liquors and mixers. Just three ingredients plus some ice is all you need.

What is a White Russian?

Not going to lie – for a long time, I totally thought it was a Russian drink, but then I learned the backstory. The “Russian” part of the name is a nod to the vodka in the drink, which is a classic Russian liquor.

It actually came to be after someone invented the Black Russian drink around 1949. That one is made with just coffee liqueur and vodka. Years later, someone thought to add some cream, and the White Russian was born.

The combination of coffee, cream, and vodka makes a great cocktail! This recipe makes one drink, and it takes less than five minutes to make.

How to make a White Russian

1. Add some ice cubes to an Old-fashioned glass.

2. Pour the vodka and Kahlua over the ice.

3. Add the cream, stir to combine, and enjoy!

What’s the difference between a mudslide and a white Russian recipe?

A white Russian has vodka, Kahlua, and cream. A mudslide adds one more ingredient: Irish cream. Sometimes mudslides have a little more cream, too.

What’s the difference between a white Russian and black Russian?

They are both made with vodka and coffee liqueur, but a white Russian also has heavy cream, which is how it got its name.

Are you supposed to mix a white Russian?

You can stir all three ingredients, so your drink is uniform in color. Or, mix the vodka and coffee liqueur and float the cream on top.  Or, you can swirl the cream into the drink by partially stirring it so you can see ribbons of cream in the glass.

Can you make a white Russian with Baileys?

Yes, you can use Baileys instead of Kahlua to give the drink a different spin. Or, you can make the drink with vodka, Kahlua, cream, and Bailey’s, which is a classic mudslide drink.

It’s fun to make a batch of white Russians when we have friends and family over– it’s a cold and creamy drink to sip on after dinner. Almost like dessert in a glass! Give this one a try and let me know what you think – Cheers!

Other Cocktails To Try 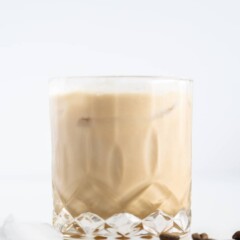 Learn how to make a White Russian which is a simple cocktail made with just three ingredients. It combines coffee liqueur, vodka, and cream for a rich and creamy drink that is perfect as an after-dinner drink. 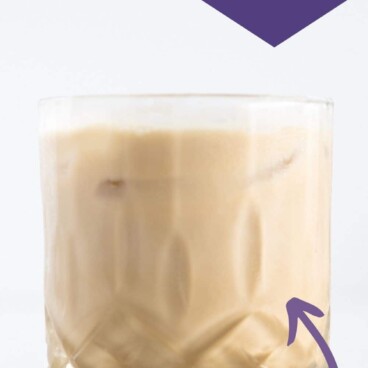 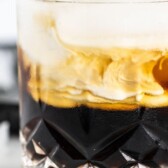