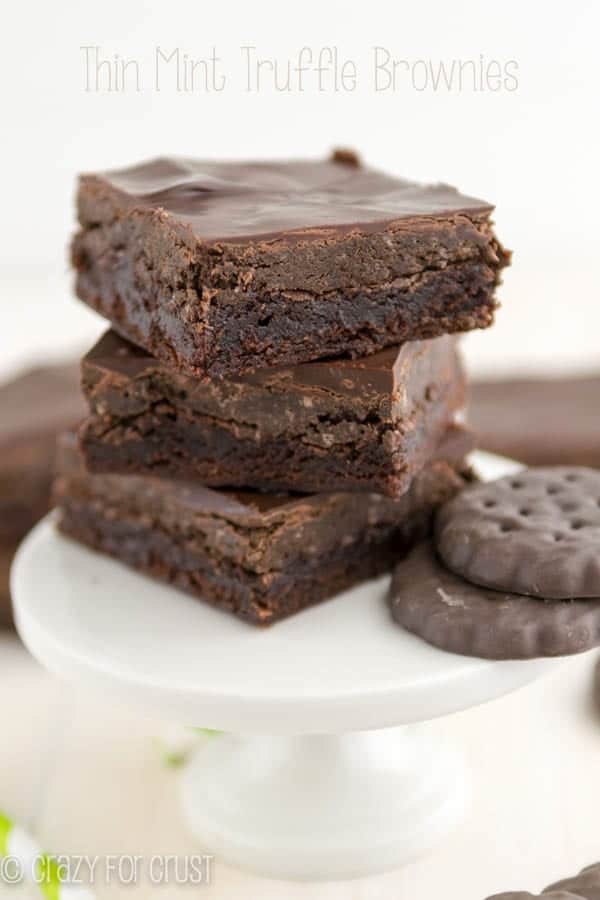 Caution: Thin Mints were harmed in the making of these brownies.

It’s a hard reality, but sometimes you just gotta crush up those cookies to make something even more wonderful: Thin Mint Truffle Brownies.

So, I’m having a teeny tiny Girl Scout Cookie obsession right now. Is that a problem? No? Good.

One day I said to myself, “why not top brownies with that truffle mixture?” And I did.

And it was awesome.

It was followed soon after by Nutter Butter Truffle Brownies. And, more recently, by Oreo Truffle Chocolate Chip Cookie Bars. When I started seeing the Girl Scout Cookies in my Pinterest feed I started thinking.

Thin Mint Truffle Brownies? And then I realized that, yes, they would be perfect. 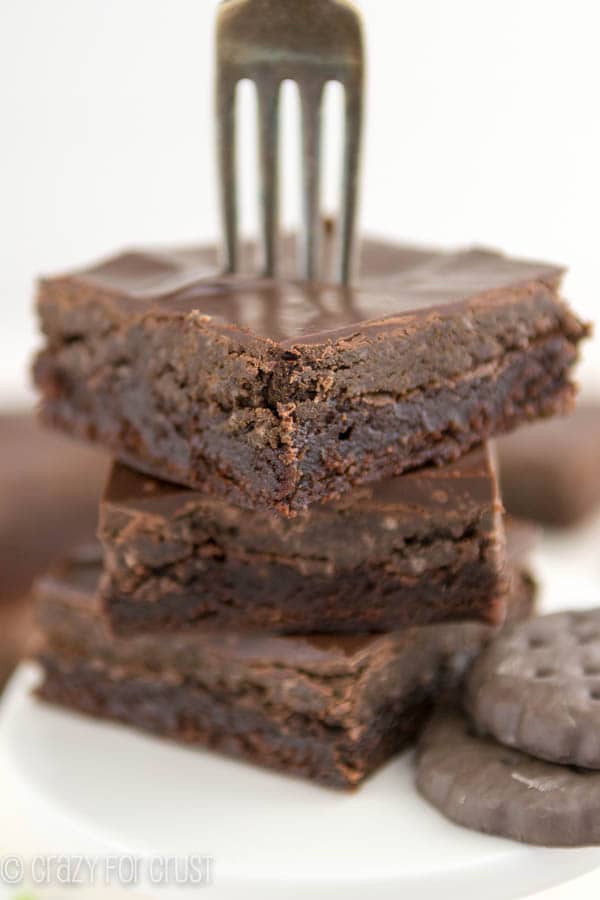 These are pretty much too easy to make (and eat). You do have to crush up some Thin Mint Cookies (two whole boxes), but it’s worth the $$.

{However, if you don’t want to grind $8 (or $10 if you live in the San Francisco Bay Area, apparently), you can substitute Keebler Grasshopper Cookies. They’re just as good and about 1/2 the price.}

When it comes to brownies, this is my favorite recipe. I’ve made it a million times, a million ways. However, if you can keep a secret…these are made with a box. You can use your favorite brownie recipe or your favorite box for these. Just make sure they’re completely cooled before putting the truffle mixture on top. Otherwise, it’ll rip up the brownie while you’re trying to press it on evenly.

The truffle mixture is very thin. I did this for two reasons: 1) Two boxes of murdered Thin Mints is enough and 2) Thin Mints have a strong mint flavor and the thin layer adds the perfect amount to the brownies.

Then, no truffles are complete without a coat of chocolate. You melt some chocolate chips and spread it all over the top.

Then?  Er, you cut them and serve them to your guests.

In a perfect world, my guests would be me, myself, and I.

It’s hard for me to say that these are the BEST Thin Mint recipe ever because Thursday’s post was pretty darn good.

But they’re tied. For sure. And they’re the BEST Truffle Brownies ever. That? I know for sure! 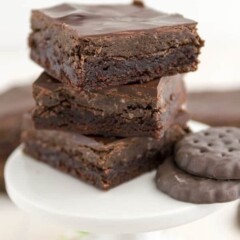