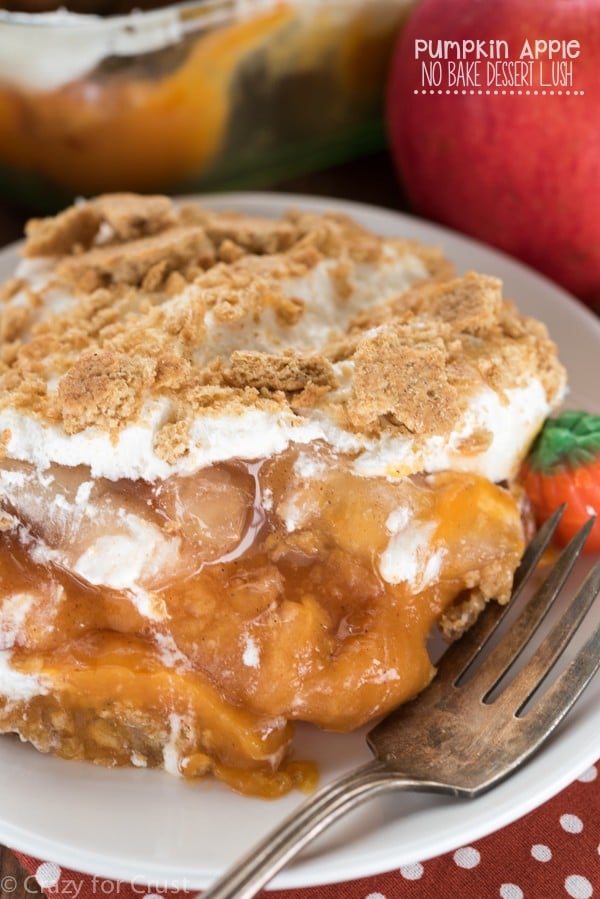 You knew this was forthcoming, right? A Pumpkin Apple No Bake Dessert Lush? I’m addicted to these desserts…so it was only a matter of time.

Can we talk about yoga pants for a minute? First of all, I’m totally pro-yoga pant. Between running a dessert blog and working at home where no one sees me, I’d be hard pressed to put anything else on.

But there is one thing I’d like to know about yoga-pants wearing. This might be a little TMI, but whatever. It’s my blog and I’ll go there if I want too. Let’s just get real for a minute: when did going commando become a thing? Because, like, it’s not a thing with me. At all. And it never will be. Forever and ever I will wear underpants, the end.

The reason I ask is that I feel like I’m in the minority on this. Yes? Here’s the thing: I’ll happily walk around town in my panty-line-showing yoga pants (forever and ever, amen) as opposed to the alternative. That alternative being going commando and everyone knows about it. Because, dudettes, yoga pants are see-through when they are not jet black and super thick. Especially when you’re wearing a size too small. 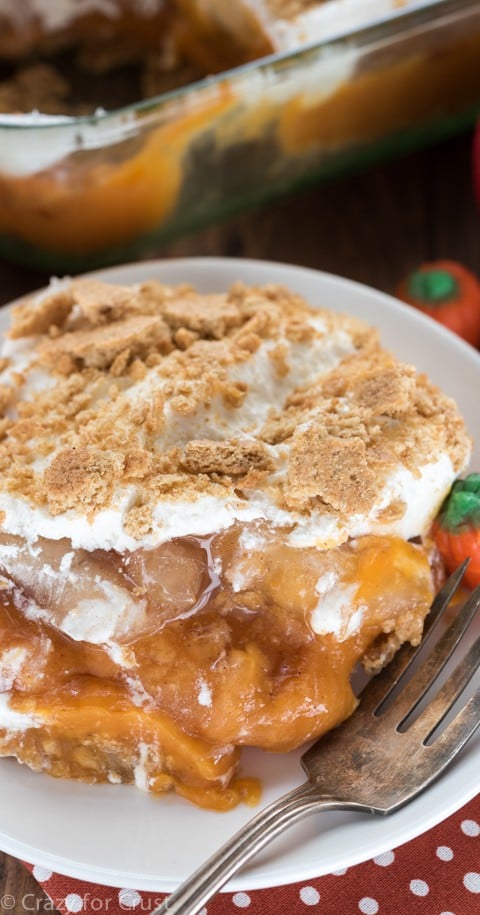 And, I mean, this convo is especially important right now. Fall is upon us (rather, it’s upon those of you who don’t live in Hotifornia) and the yoga pant wearers will be out in force. Especially if you start doing all the fall baking you’ve been dreaming about all summer.

PSA: please don’t go commando, unless, you know, there is reinforcement. And don’t mock me for my lines. I’m proud of my lines.

Speaking of fall baking…let’s talk about NO BAKE dessert lush! See, you can still make no bake desserts even though it’s not summer. And you must make them with pumpkin and apple. 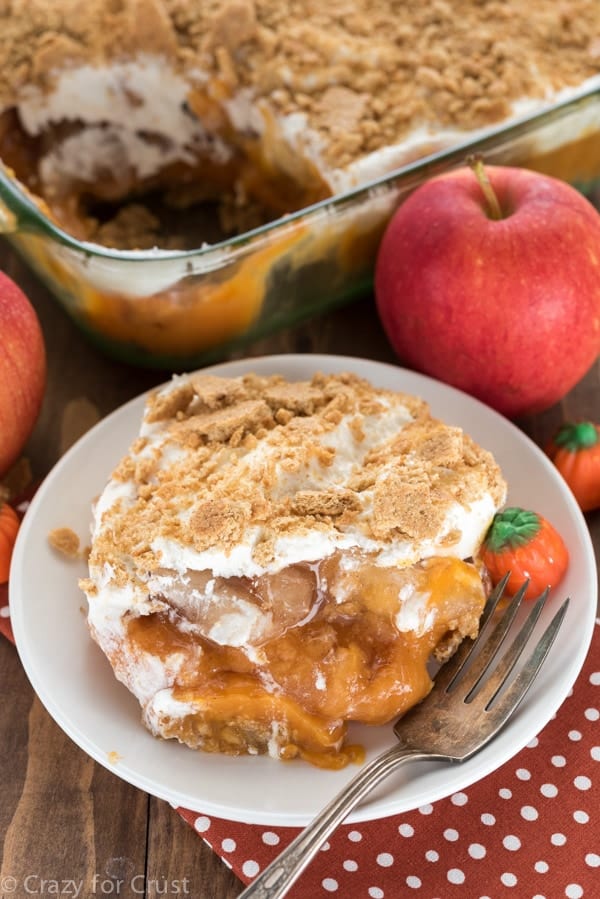 This dessert is a riff on two I’ve made over the past few years. Last year I made a No Bake Pumpkin Dessert which was thebombdotcom with it’s pretzel crust and chocolate shavings. The year before that I made a Pumpkin Apple Dump Cake which went over like gangbusters. Marry the two and what have you got?

This recipe is fall in a bite. Great for when it’s still hot outside or for when you want to throw together a no bake pumpkin pie that’s not just pumpkin pie. 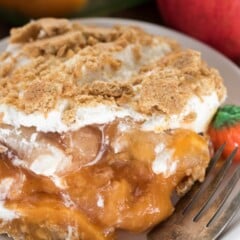 3.31 from 13 votes
This Pumpkin Apple No Bake Dessert has all the flavors of fall in one bite! Cinnamon graham crackers make up the crust, topped by a no bake pumpkin pie filling, apple pie filling, and whipped cream. This easy and fast dessert is perfect for any fall occasion!
Yield 8 -10 servings
Save RecipeSaved!Rate RecipePrint Recipe 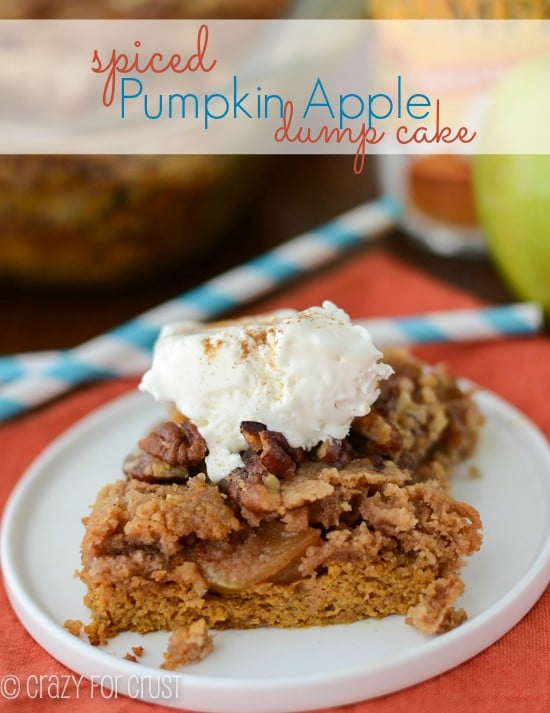 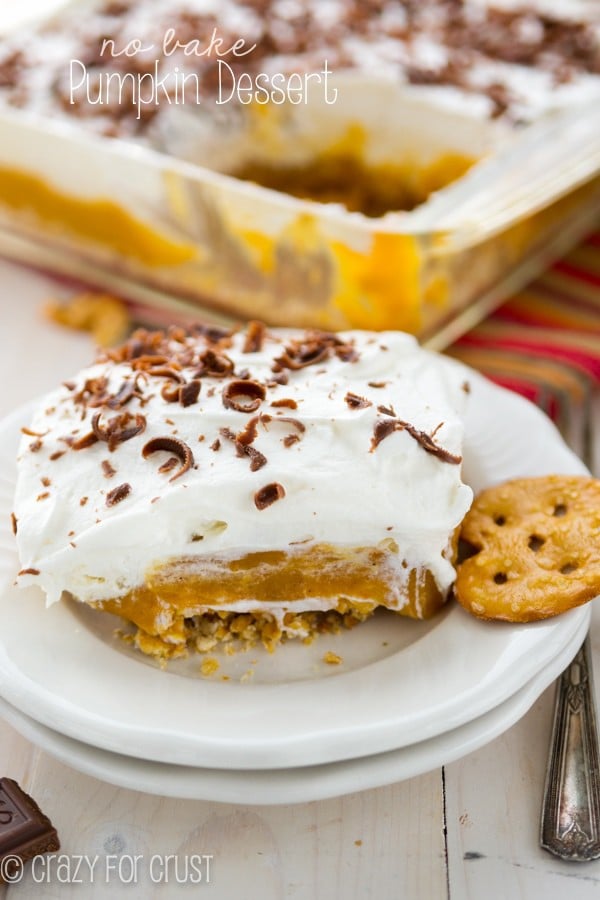 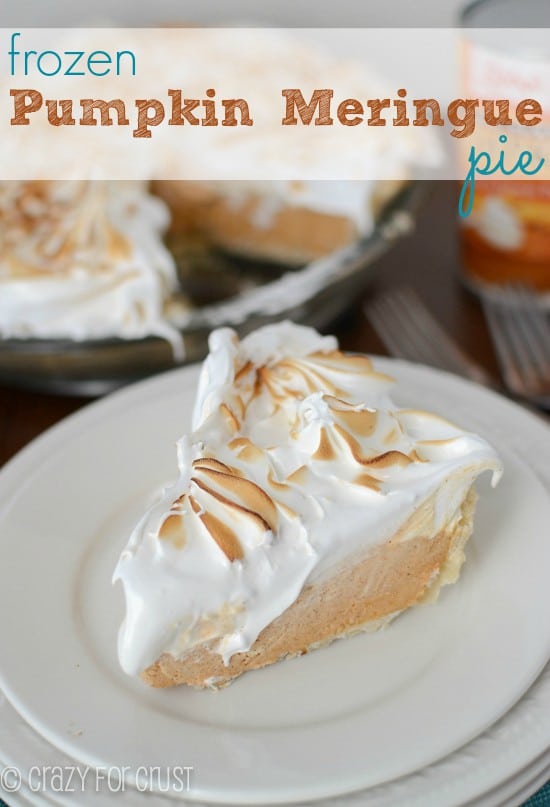