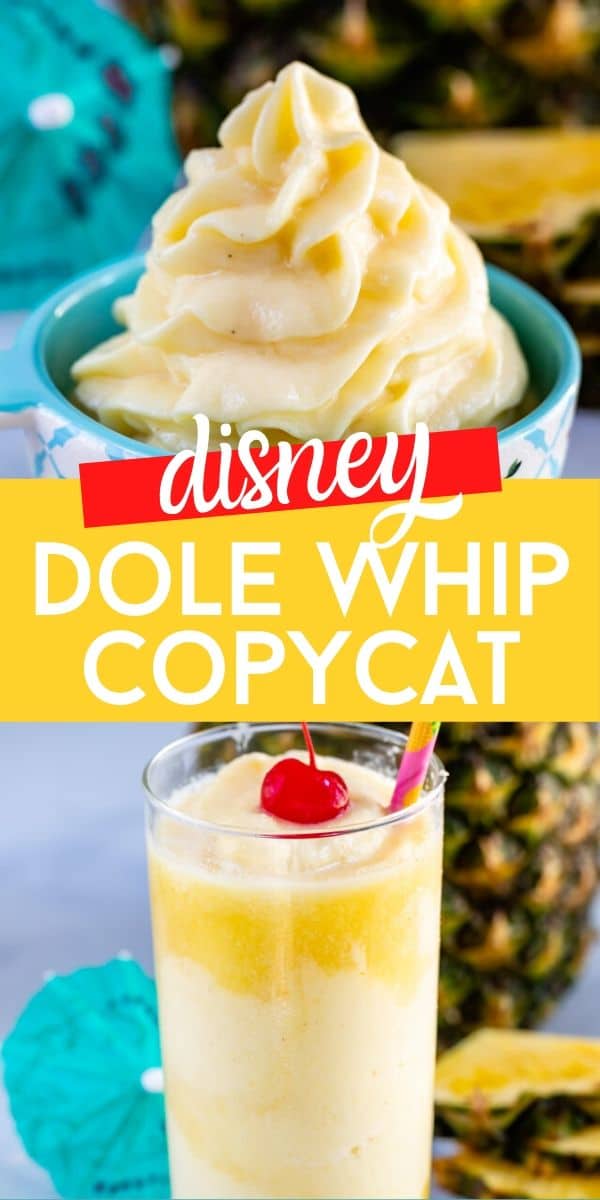 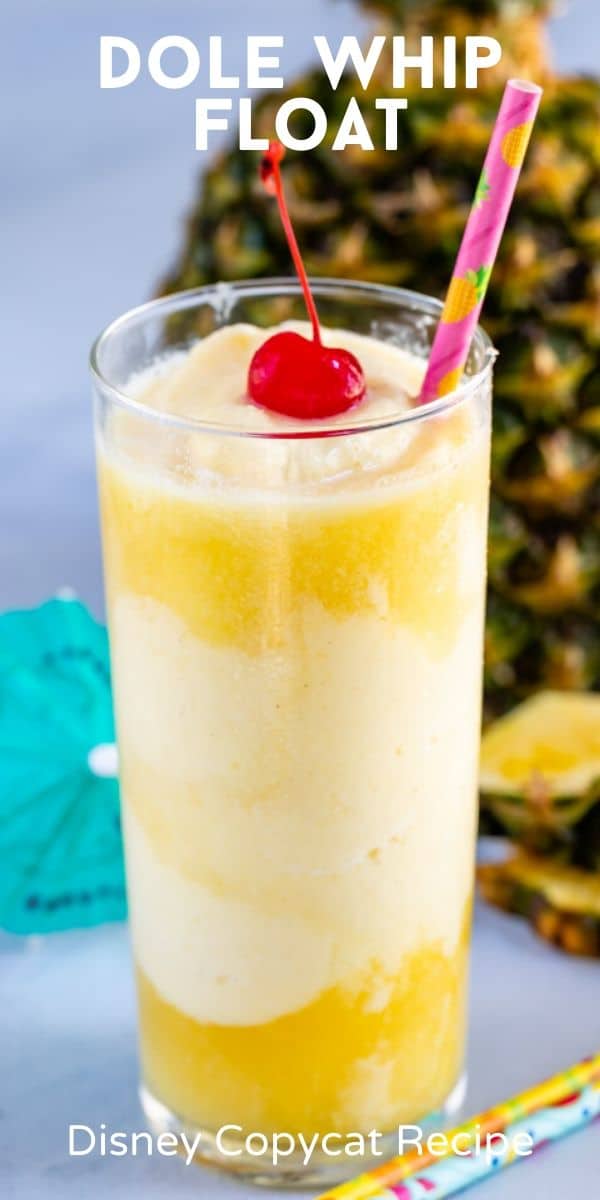 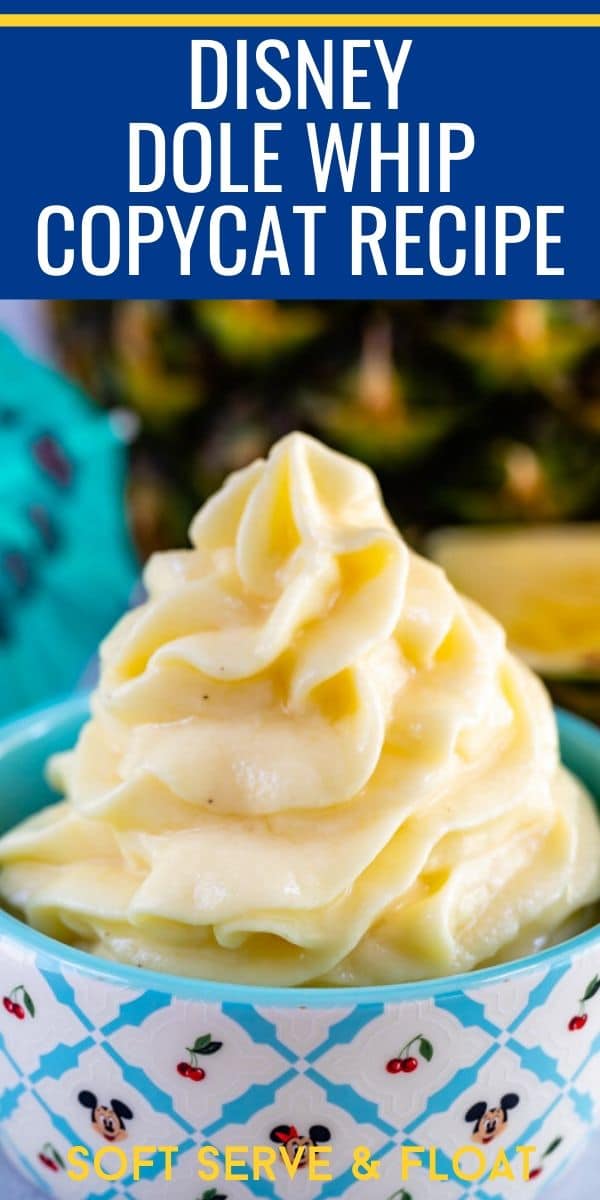 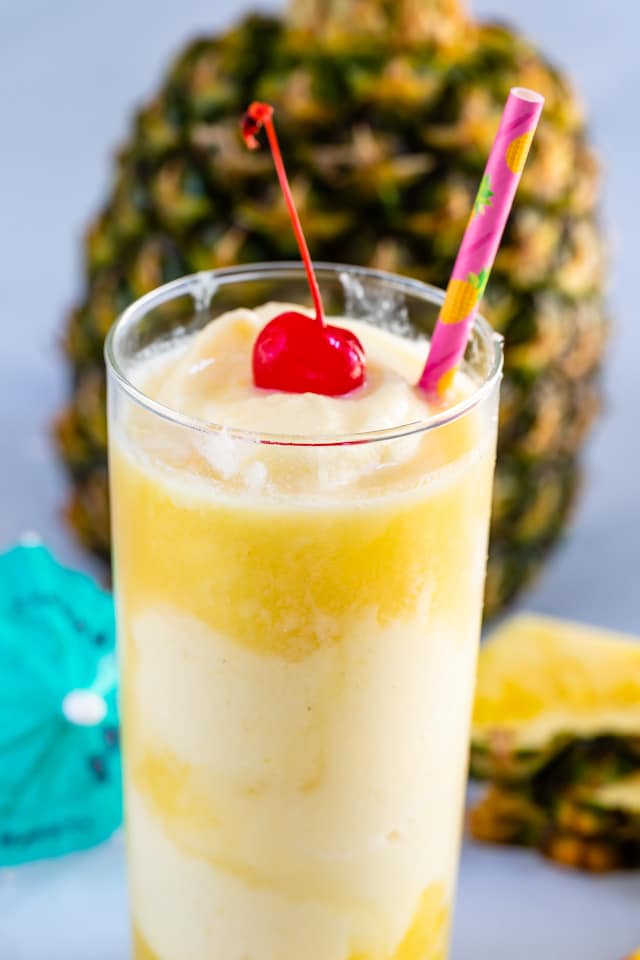 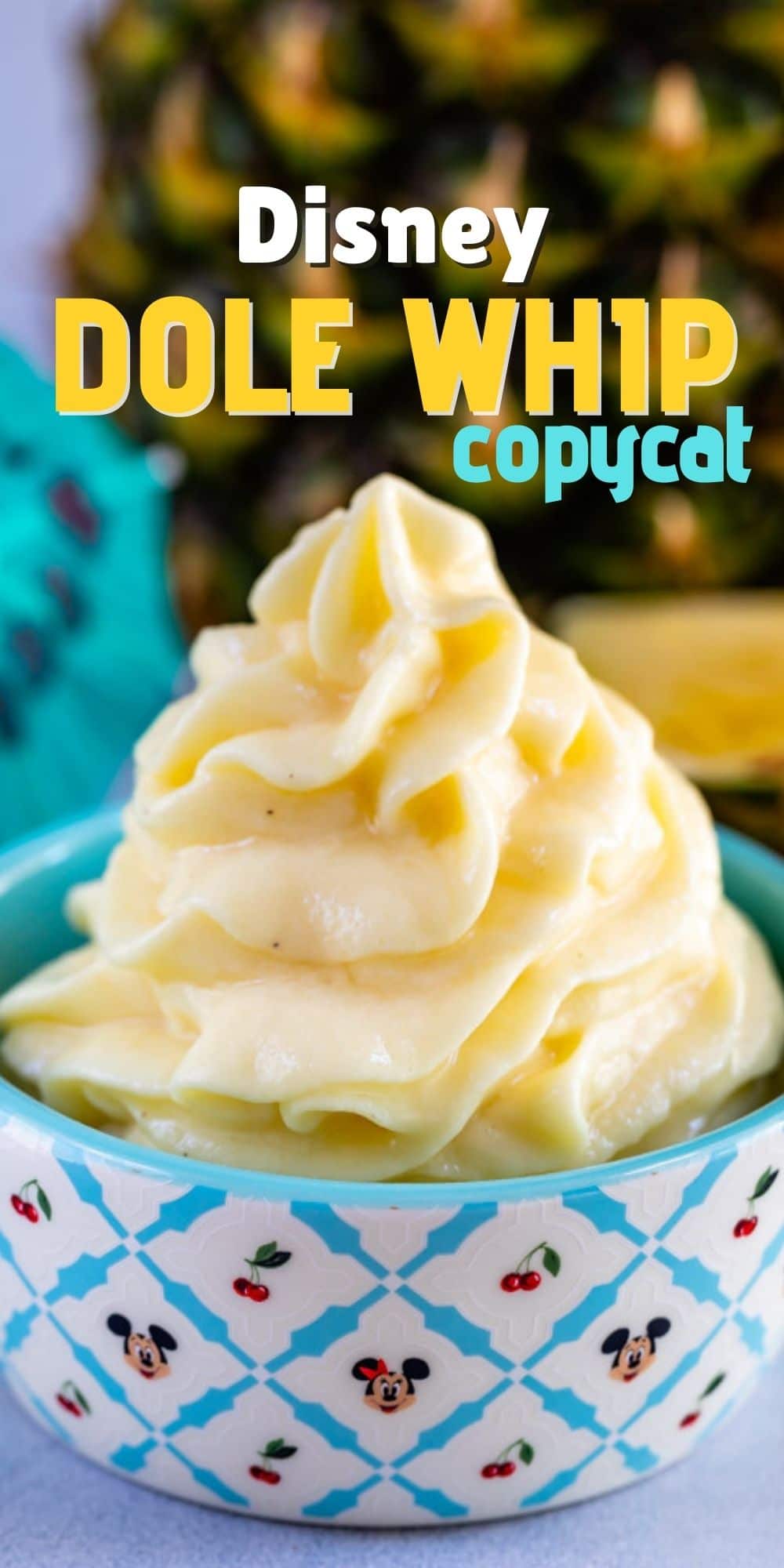 Is a Dole Whip one of your favorite Disney treats? If you’re missing Disneyland or Disney World, don’t worry: you can bring your favorite Dole Whip home with you! You only need THREE ingredients to make this classic treat at home.

This recipe shows you how to make the copycat soft serve Dole Whip Recipe, a Dole Whip Float and a Boozy Dole Whip!

Want to know something funny? I never had a Dole Whip until about 2 years ago! I’d heard about them sure, and I’d always longed to try one, but the lines were always so long. Now that Disney offers mobile ordering, it’s much easier to get one when you’re in the parks!

Recently Disney released their official Dole Whip Recipe so I had to share it with you – with my own favorite modifications.

I prefer Dole Whip Floats to the soft serve variety, especially when I make them at home because I can add RUM!

I’m showing you how to make a Dole Whip THREE different ways in this post!

How to make a Dole Whip Recipe video

Ingredients in this Dole Whip Recipe

I’ve never known for sure what was in a Dole Whip but I’ve always had my suspicions. Obviously, pineapple would be a main ingredient, but what else?

Now we know the secrets! Here is what you need to make the basic Dole Whip Recipe:

How do you make a copycat Dole Whip?

1. Tools: The regular Dole Whip is soft serve pineapple ice cream, and for that you need a blender (or you can use a food processor).

2. Blend: Just add all your ingredients to your blender and blend until smooth.

3. Swirl: You can just scoop it into a glass, but if you want the tell-tale soft serve Dole Whip “look” then you need a piping bag and a star (1M) tip to get that swirl.

My favorite way to order this at Disneyland is to get a float. I just like the combination of juice and ice cream (like a root beer float).

To make a Dole Whip Float at home, you just add your soft serve to a tall glass and pour the rest of your pineapple juice over it, like you’re making a float. I also love topping it with a cherry!

Making these at home means that you can add booze! You can’t get a Boozy Dole Whip in Disneyland, so I have to make mine at home.

To add booze, just add a shot of rum when you’re blending your cocktail, like when you make a Pina Colada. Done!

You don’t need any special mixes or fancy ingredients to make a homemade Dole Whip – just a blender and three easy ingredients!

Do I need an ice cream maker to make a dole whip?

No you don’t – just a blender or food processor.

How to serve a dole whip

Serve in a cup like soft serve, or add juice to make a float.

The dole whips you get at Disney are vegan and gluten free. This recipe as written isn’t, but you can make it vegan. Ditch the ice cream and chill a can of coconut milk overnight. Discard the coconut water and just use the thick coconut mixture in the can. Reduce the amount of juice (start with no juice and add more as needed for consistency).

How to store leftover Dole Whip

This makes about 2 servings, but if you want to store it, put it in the freezer in an airtight container. 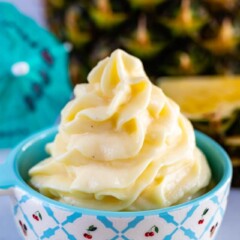 This Dole Whip is a Disney classic, but the copycat version! It’s so easy to make and you can even add a little rum if you want. A homemade dole whip has just 3 ingredients and you can make it as soft serve or as a dole whip float!