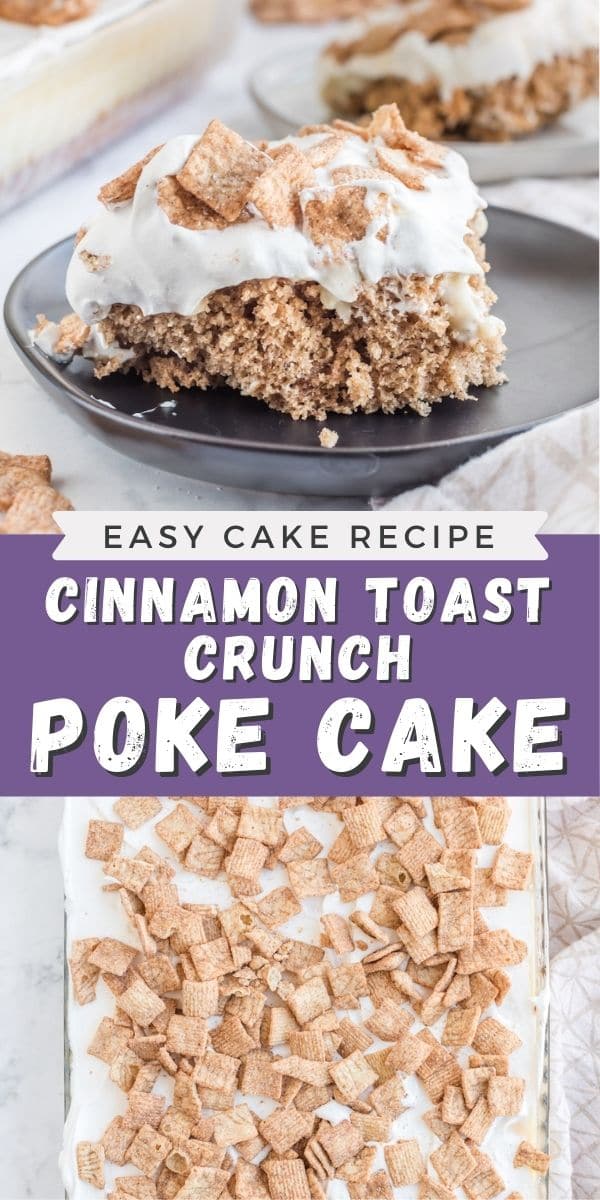 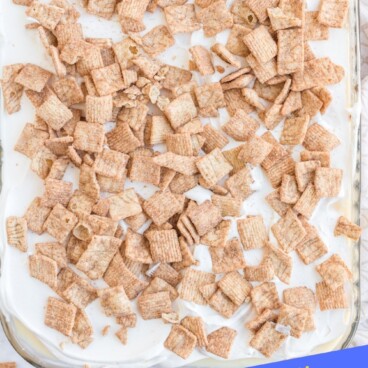 Have you tried any cereal milk treats that are all the rage lately – cereal milk cake and ice cream are just what they sound like: they taste like the leftover milk in your bowl of sweet cereal.

This Cinnamon Toast Crunch poke cake is made with cereal milk and topped with the crunchy cinnamon squares. It’s a super easy cinnamon poke cake to make with a yellow cake mix, instant pudding mix and whipped topping.

It’s a great cake to make ahead because it needs to chill in the fridge for at least a couple of hours. So, it’s great for parties and potlucks – everyone will love it!

Ingredients for this Poke Cake

How to Make Cereal Milk for the Cake

1. Make Cereal Milk: Place one cup of cereal in a bowl with one cup of milk. Leave it to soak for ten minutes. Strain the milk into a Pyrex measuring cup.

2. Measure: You need one cup of cereal milk, so if you are a bit short, just top it off with regular milk.

How to Make the Pudding Poke Cake

2. Bake: Pour the batter into a prepared 9×13” baking pan and bake the cake at 350°F for the length of time listed on the cake mix box.

3. Cool and Poke: Cool the cake in the pan for 30 minutes. Once it’s cooled, poke holes in the top using the end of a wooden spoon.

4. Pudding: Make the pudding with cold milk and then pour it over the top of the cake. Cover and refrigerate the cake for at least two hours.

Tip: For even more cereal milk flavor, soak the milk you will use for the pudding with cereal first!

5. Decorate: To decorate the cake, spread the whipped topping over the top. Sprinkle Cinnamon Toast Crunch cereal over the top of the Cool Whip.

Serving and Storing the Cake

Once you’ve added the whipped topping and cereal, you can slice and serve the cake. Store the leftovers in an airtight container in the refrigerator. This poke cake combines the best of a crunchy sweet cereal with a pudding-filled cake – make it and watch all the slices disappear! The cereal milk definitely adds a special touch – I hope you love it! 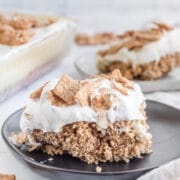 Poke cakes are so great, and this Cinnamon Toast Crunch Poke Cake adds a new twist you’re going to love: cereal! Cake mix is transformed into a cinnamon cake filled with pudding and topped with sweet, crunchy cereal. 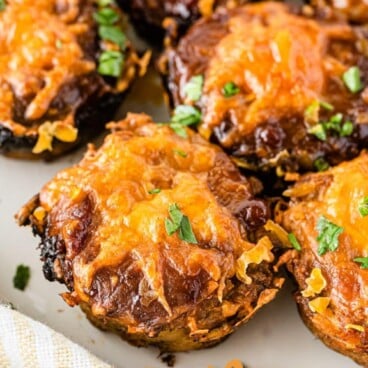 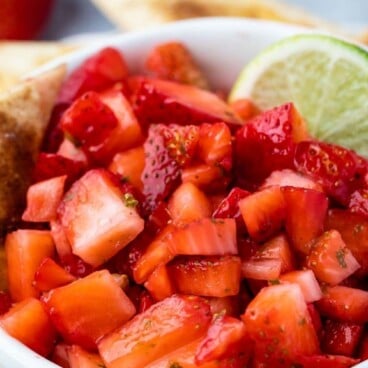 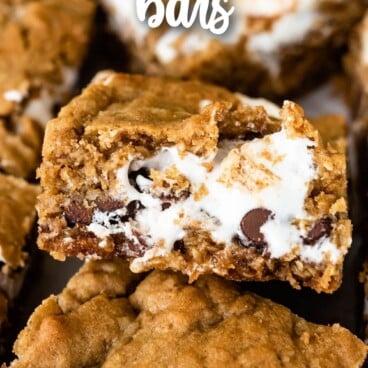 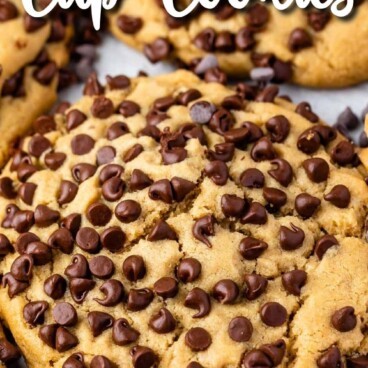 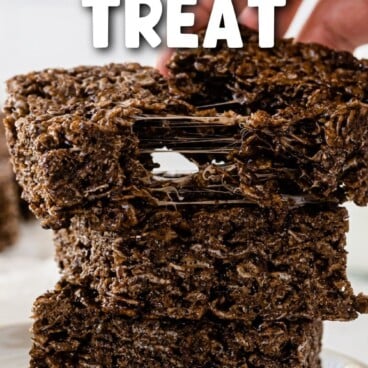 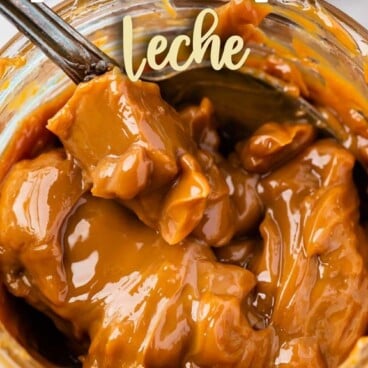