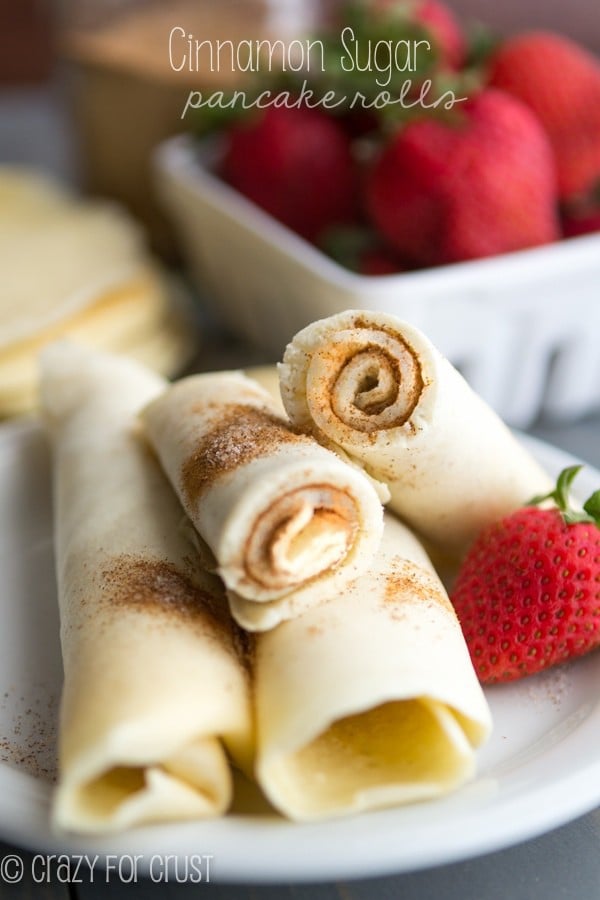 These cinnamon sugar pancake rolls are a recipe from my childhood. I used to eat them all the time, but I’ve never made them for Jordan. Cinnamon Sugar Pancake Rolls – the perfect grab and go easy pancake breakfast! Pancakes are made super thin and filled with cinnamon sugar or your favorite filling. Great for on the go!

It was about time I changed that! 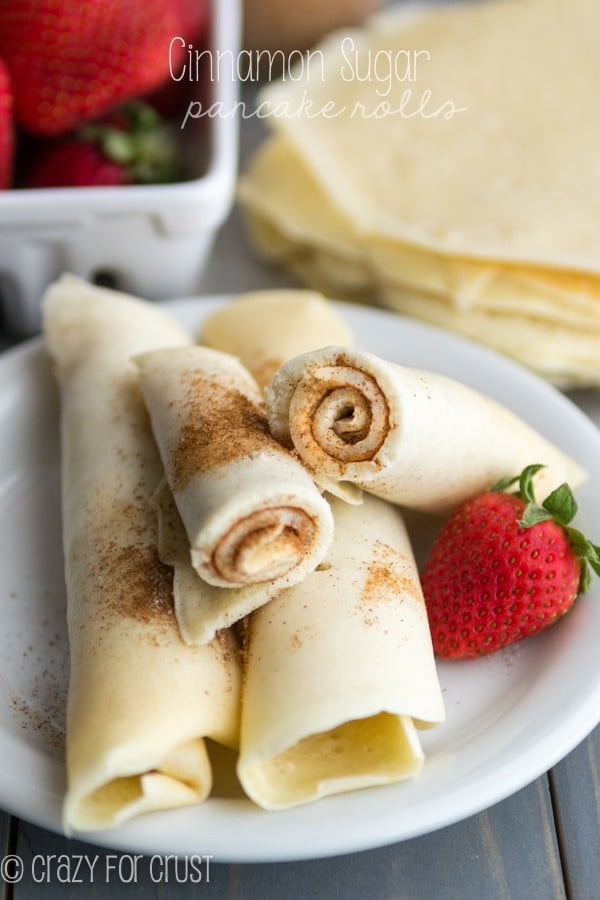 Last summer Jordan came home from a weekend at Grandma’s and told me stories about how she had the BEST pancakes ever.

(She also told me how she at too many and had a tummy ache all day, but that’s what you’re supposed to do at Grandma’s house, after all.)

These pancakes were a staple of my childhood. Much like her banana bread, my mom made pancakes often. I’m normally a thick pancake person (I always have been), and I love thick and fluffy, dense pancakes. But there was just something about these super thin ones. They’re filled with cinnamon sugar and thin enough to roll up so you can eat them with your hands.

Anything you can eat with your hands is just better, I think. Especially to a kid! 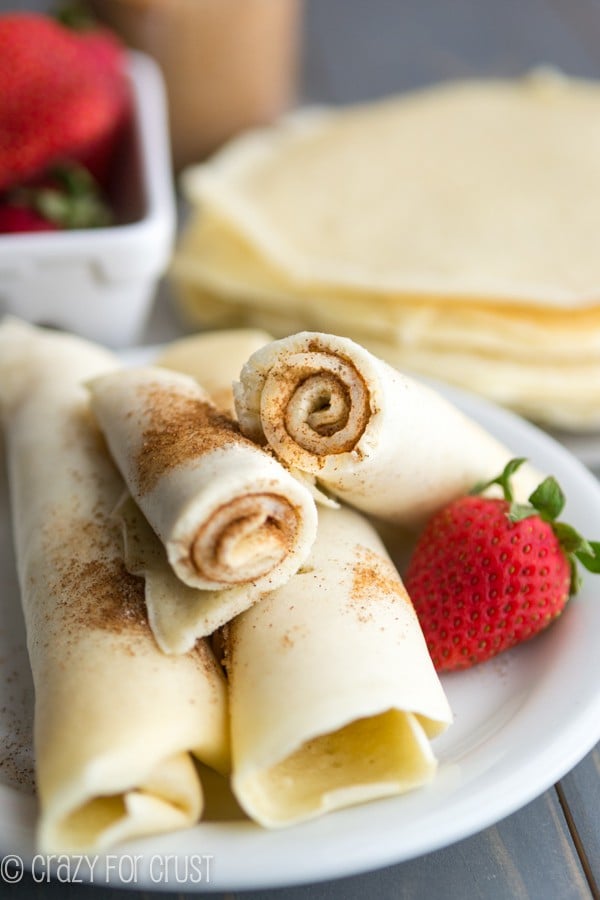 I made these Pancake Rolls on a whim last week to surprise Jordan for an after school snack.

I didn’t have a chance to call my mom, so I went from my memory of her making them. But don’t worry, they’re not that difficult so I’m pretty sure my recipe is 99% close to hers.

The pancakes start with Bisquick baking mix. Until I was about 25, I didn’t even know pancakes could be made from scratch. Pancakes (and biscuits and waffles and dumplings) all started with Bisquik. I still have a yellow box in my pantry at all times for pancake emergencies.

When you cook these Pancake Rolls, they resemble crepes more than pancakes. I like to cook them in a small frying pan instead of on my griddle. It makes it easier to control the size and how thin they get.

To explain, I made you a really horrible video. Let me just say, it’s really hard to take a video while you’re trying to make a pancake. But, it’ll give you a general idea of how I make them, anyway. 🙂

So, once you have your stack of really thin pancakes, the magic happens. You fill them with cinnamon sugar and eat so many you get a tummy ache.

A note about the cinnamon sugar mixture: growing up we never had “cinnamon sugar”. We had a bowl of sugar and a can of cinnamon. We’d sprinkle with sugar and sprinkle with cinnamon, you get the idea. I gave amounts for a mix if you want to have it on hand, but you can add or reduce the cinnamon as you like. Jordan likes them sweeter, so I use less cinnamon. You can also add a little butter if you like. My mom always did that, but we don’t use much butter in our house (except in baking, of course).

You could also fill these Pancake Rolls with jam or peanut butter or Nutella. Or all three at once. #thatswhatIwoulddo

Rolled up, they are the perfect grab and go breakfast or snack. They don’t even need syrup!

Perfect for memories of childhood…and for hectic mornings! 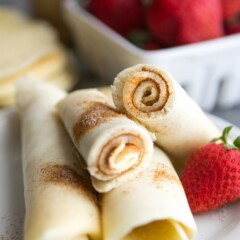 No ratings yet
Cinnamon Sugar Pancake Rolls - the perfect grab and go easy pancake breakfast! Pancakes are made super thin and filled with cinnamon sugar or your favorite filling. Great for on the go!
Yield 10 pancakes
Serving Size 1 pancake
Save RecipeSaved!Rate RecipePrint Recipe

Be sure to check out my other flavors of pancake rolls – we love filling them with Nutella, Peanut Butter, and even making them PUMPKIN or apple! And if you like pancake rolls be sure to try Cinnamon Roll Pancake Poppers, Pancake Muffins, or Strawberry Crepes. 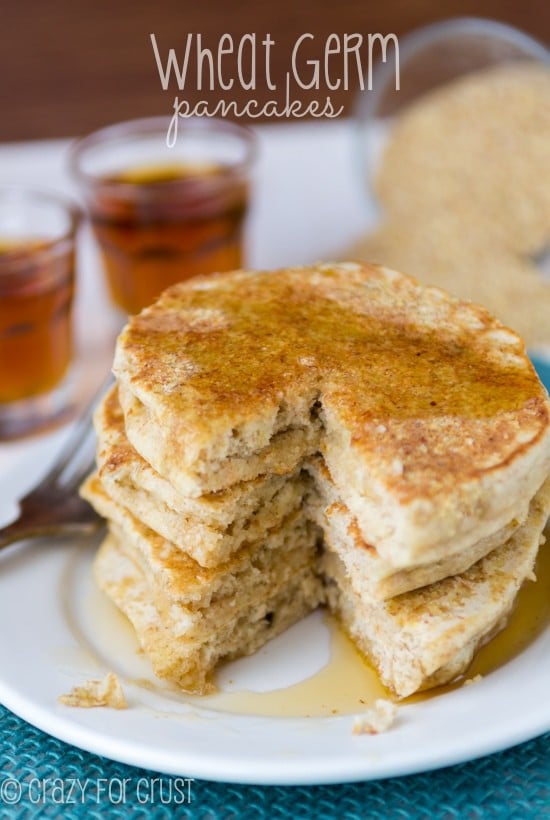 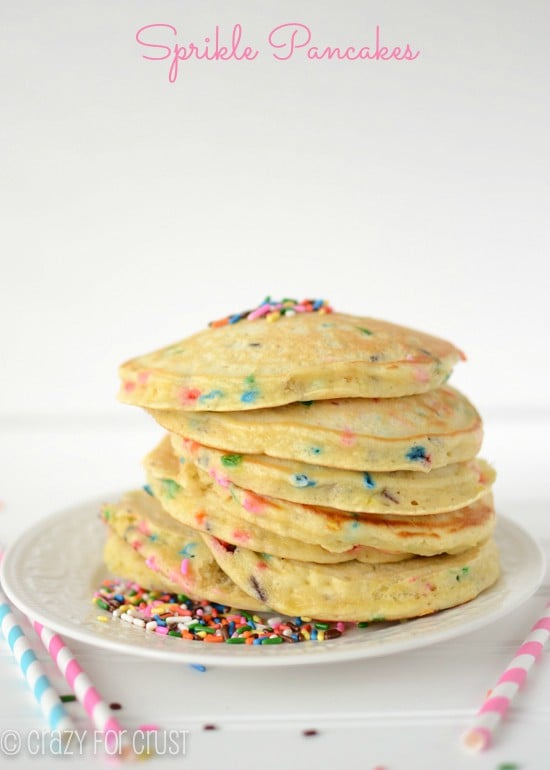 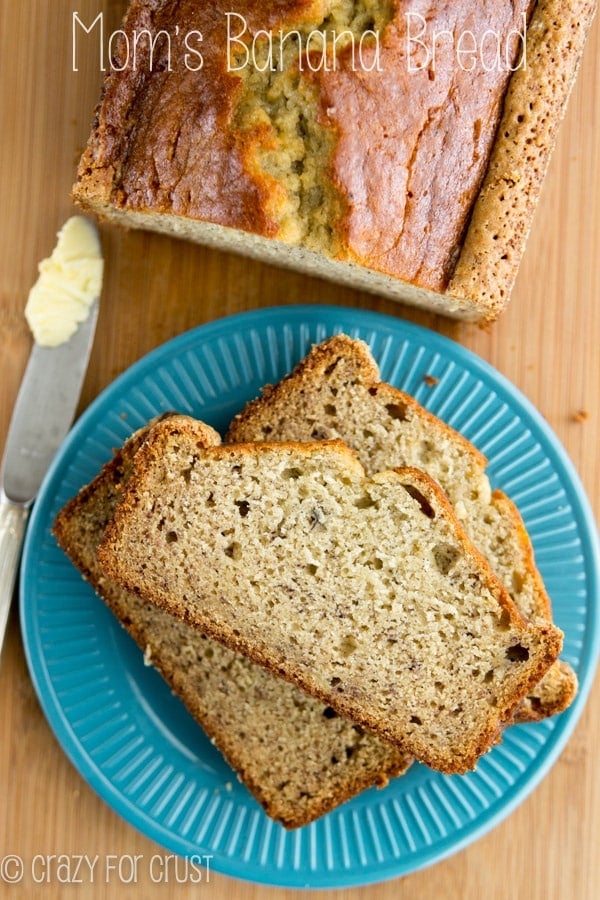 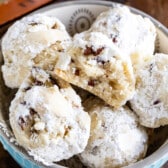 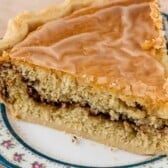 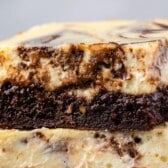 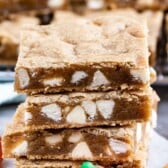