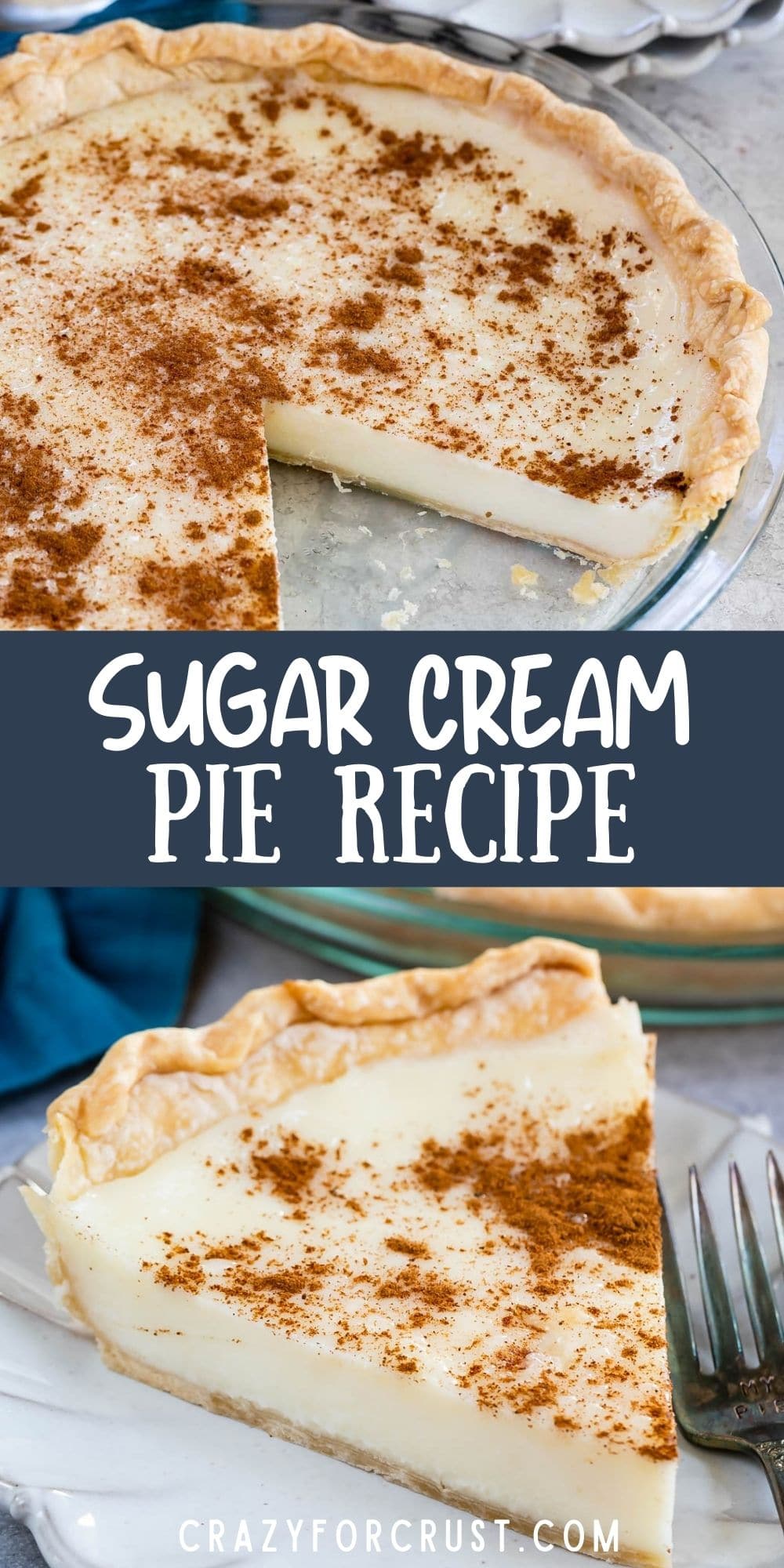 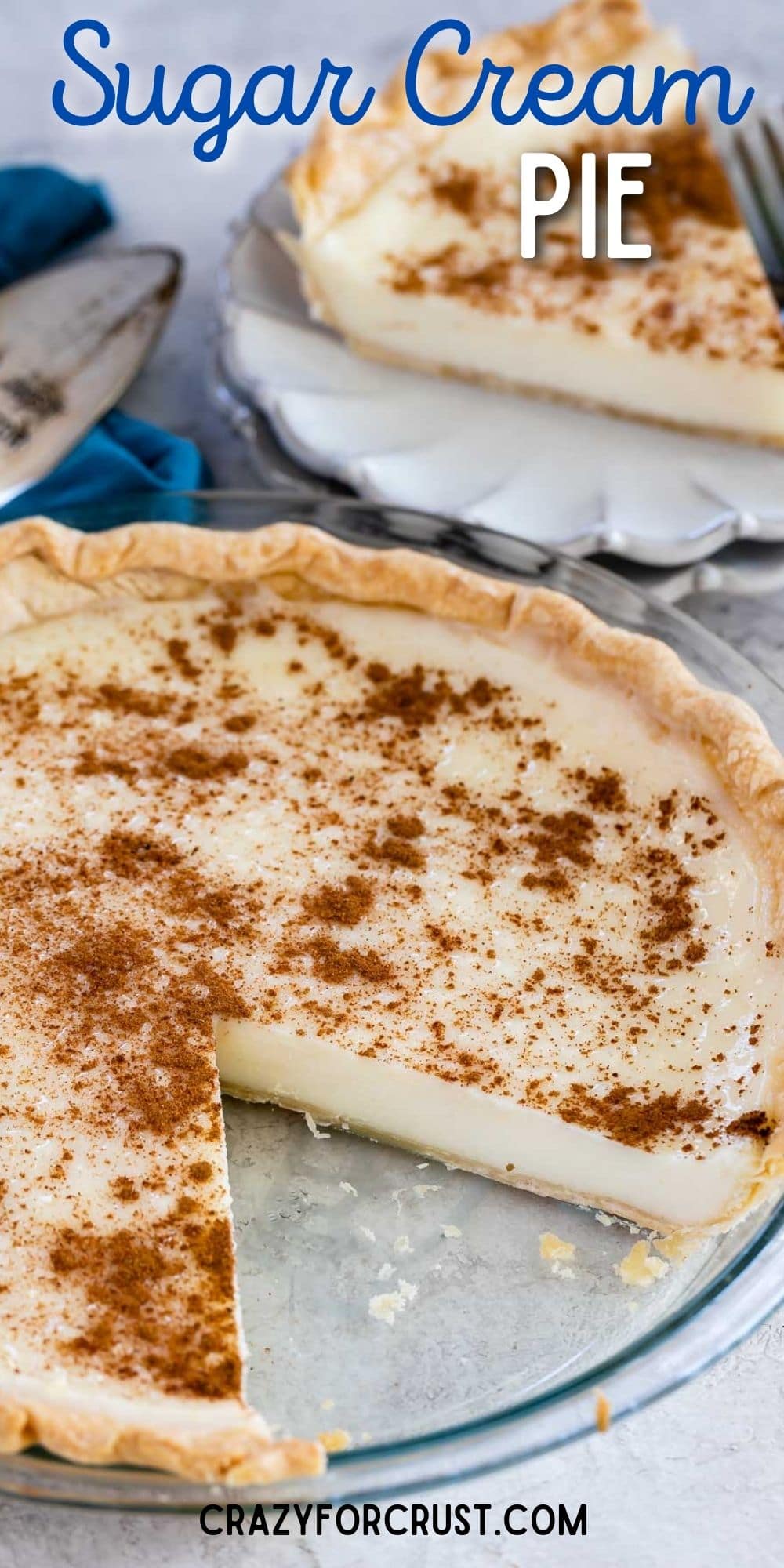 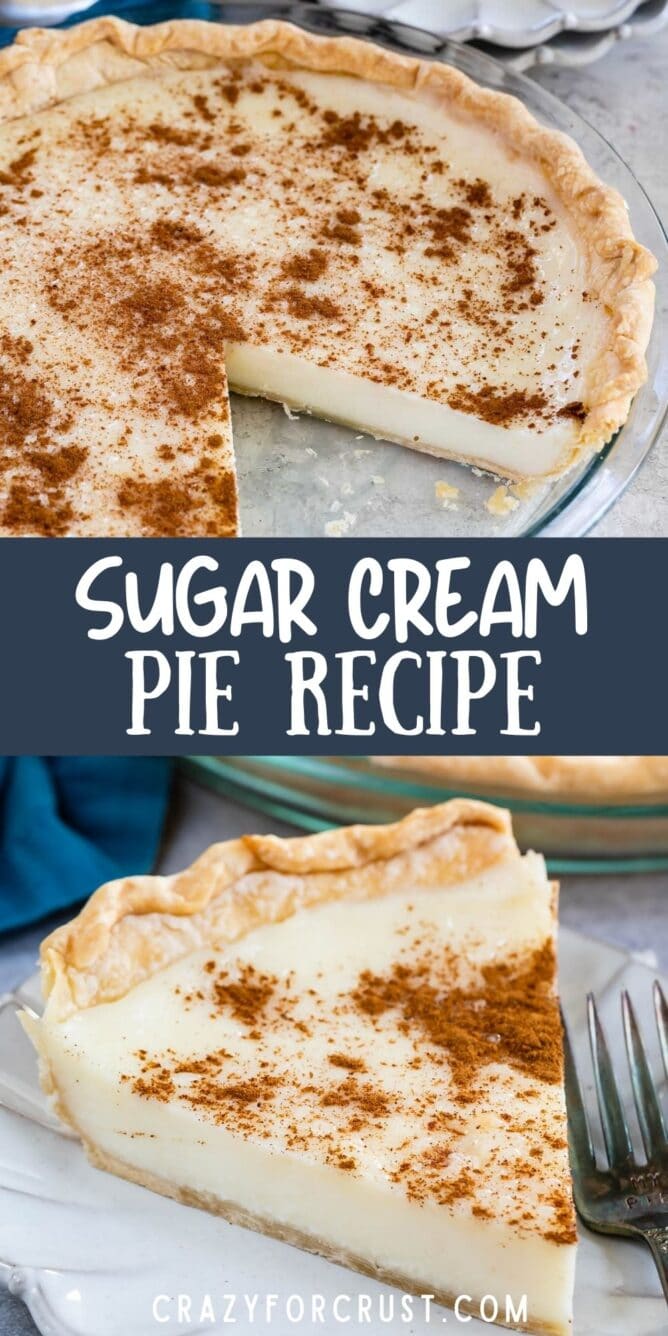 For a simple pie recipe, you can’t go wrong with an old-fashioned sugar cream pie recipe! Also known as Hoosier sugar cream pie, this is a simple pie made with staple ingredients. It has a flaky pastry crust and a rich and creamy filling and is so easy to make – a custard pie without eggs!

If you have a serious sweet tooth as I do, you need to try this sugar cream pie recipe! If you’ve never tried a sugar pie recipe, you are in for a treat.

It’s a simple pie that’s great all year but especially for Thanksgiving dinner when everyone wants a slice of pie for dessert. It’s a creamy, sweet pie with a flaky crust.

What is Sugar Cream Pie?

It’s a rich and creamy pie that reminds me a lot of crème brulee. Traditionally it’s sprinkled with cinnamon and nutmeg, but sometimes we’ll dust it with cinnamon sugar before baking.

I absolutely love this sugar cream pie recipe – I’ve made it so many times! You can use a homemade crust or store-bought one, and the filling always turns out with the best creamy texture.

9″ pie crust: Try my all-butter crust or use refrigerated or frozen pie crust.

Cornstarch: This helps set the pie since we aren’t using eggs.

Half and Half: Some sugar pie recipes use milk, some use cream, but I find half an half to be the perfect middle ground, producing a thick and creamy custard that is the perfect amount of rich.

Butter: Use unsalted butter, and you’ll want to slice it so it melts quicker.

How to Partially Bake a Pie Crust

Blind baking is when you completely bake a pie crust before adding the filling. This is done when you’re using a no-bake filling, like pudding or cream.

Partially Baking a crust allows it to get a head start, so once you add the filling, it will be perfectly baked when the filling is done. You won’t fully bake it at this stage, just partially.

How to Serve Sugar Cream Pie

This pie is wonderful served plain, or you can add fresh fruit and whipped cream as a topping.

How do you avoid a soggy bottom pie?

Partially blind baking the crust will ensure you don’t end up with a soggy bottom pie.

Can you freeze sugar cream pie?

Yes, you can freeze it for up to three months.

Does sugar cream pie need to be refrigerated?

Yes, it needs to be covered and stored in the refrigerator.

What’s the difference between custard and sugar cream pie?

They are similar in texture and flavor, but a sugar cream pie is made without eggs. The biggest difference is in the texture because chess pie is usually made with cornmeal.

If you’re looking for new pie recipes to try this holiday season, this classic Hoosier sugar cream pie recipe needs to be on your list! You will love every last creamy bite. Enjoy! 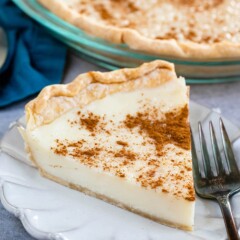 Sugar Cream Pie is a creamy, sweet pie with a flaky pastry crust. It’s great all year around but we love it especially around the holidays.