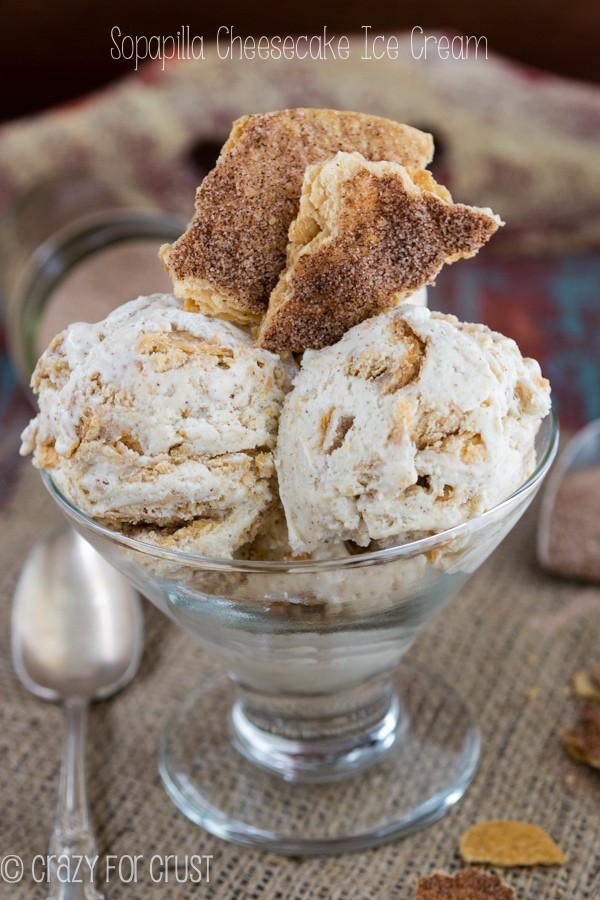 It’s been 90 degrees here this week. Oh, summer. Go away I hate you.

When it gets this hot there is one thing I want: ice cream. And because next week is Cinco de May0 and because I’m too lazy to unearth my ice cream machine, I make this Sopapilla Cheesecake Ice Cream easy without a machine! 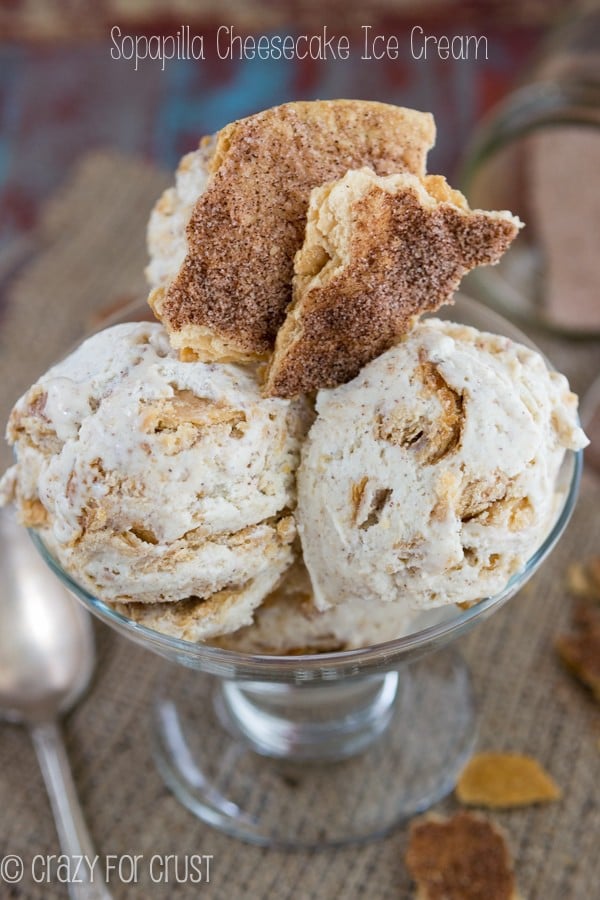 So, have you heard that new song #Selfie? I’m kind of addicted to it. I’m also kind of addicted to techno rock these days. Animals, Turn Down For What, that sort of thing. Those three songs get me to 90 on the stair master. That’s 90 steps per minute.

{After about a minute I want to die, but I can do a comfortable 80 for about three minutes, when I have a good beat to get me there.}

Anyway, I’m addicted to #Selfie. I think the girl talking in it is hilarious and, scarily, true to today. Jordan can impersonate her perfectly. I’m just waiting for her to ask me what a “bootycall” is. #momoftheyearawardgoestome

{This situation kind of reminds me of when she started listening to LMFAO.}

Last weekend we blasted the song and took our own selfie. I was trying to make a club face. #thatdoesntworkwhenyoure36

Then we blasted Animals and she told me the radio was too loud. 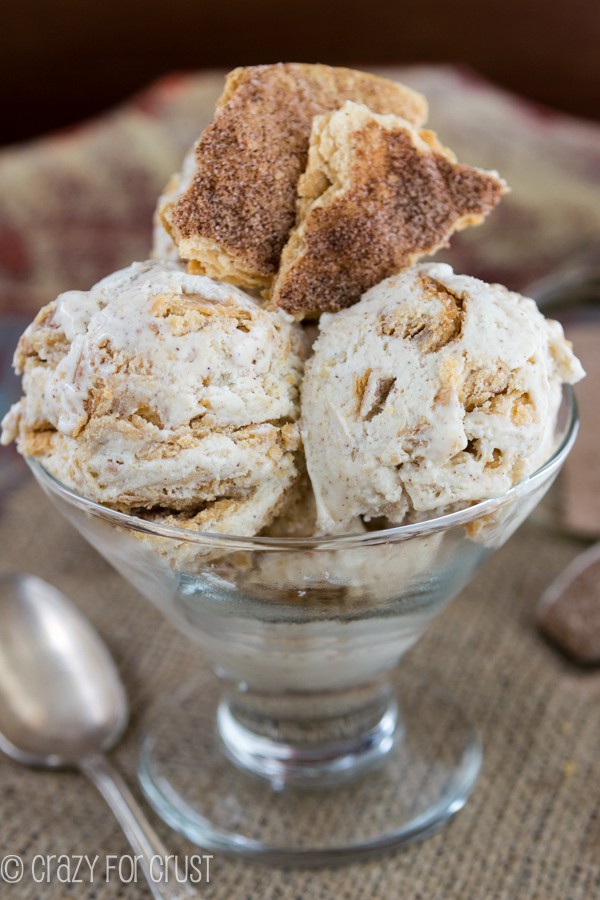 So…ice cream. And Cinco de Mayo. Marry the two and you have Sopapilla Cheesecake Ice Cream!

Sopapilla is traditionally a fried dough served with honey or sugar. At my favorite Mexican restaurant they serve them as dessert with cinnamon sugar and ice cream. It’s also often paired with cheesecake (and pie, like I did last year).

I decided to go one further and make ice cream. Easy ice cream. No machine needed!

If you’ve been a reader here for any length of time, you’ll know that I own an ice cream machine, but I rarely use it. I instead prefer to make easy no churn ice cream: a mix of sweetened condensed milk and either fresh whipped cream or Cool Whip.

I used Cool Whip for this version, because I can make the ice cream almost fat-free by using fat-free Cool Whip. I also used reduced-fat cream cheese and fat-free sweetened condensed milk. I can feel a little less guilt when I have a bowl, especially if I’m having it on Cinco de Mayo after a plate of beans and nachos and a margarita sangria.

You can use regular or lite or sugar-free Cool Whip, or you can use fresh whipped cream. (See the note in the recipe.) You can also use full-fat cream cheese (I’ve never subbed fat-free, so use caution) and regular sweetened condensed milk. That’s what I love about this easy ice cream method – it’s so versatile!

For this version, I added cream cheese like my friend Ashton does. It makes the ice cream amazing!

So, I guess we could also call this ice cream Cinnamon Sugar Pie Crust Ice Cream. But Sopapilla sounds better!

You must make this. If you like cinnamon, you’re going to love it! 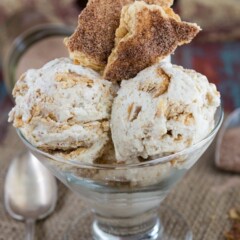 5 from 1 vote
Ice cream made without a machine, full of cinnamon, cheesecake flavor, and sopapilla pie crust!
Yield 1 1/2 quarts
Save RecipeSaved!Rate RecipePrint Recipe