If you’re in the mood for an easy donut recipe, this one is for you: the perfect Baked Chocolate Donuts, two ways: chocolate glazed and cinnamon sugar churro!

I think that, subconsciously, my goal for summer is to win the #BestMom award. We are into week 4 of summer vacation now and Jordan has done the following things:

She also survived four math tutoring sessions, a dance rehearsal, two dance recitals, trips to Target and Walmart, and her dad being gone for a week. You guys, I’m exhausted. Somewhere along the line I missed the “summer is easy” memo.

And, even with all that, I managed to make donuts for breakfast. 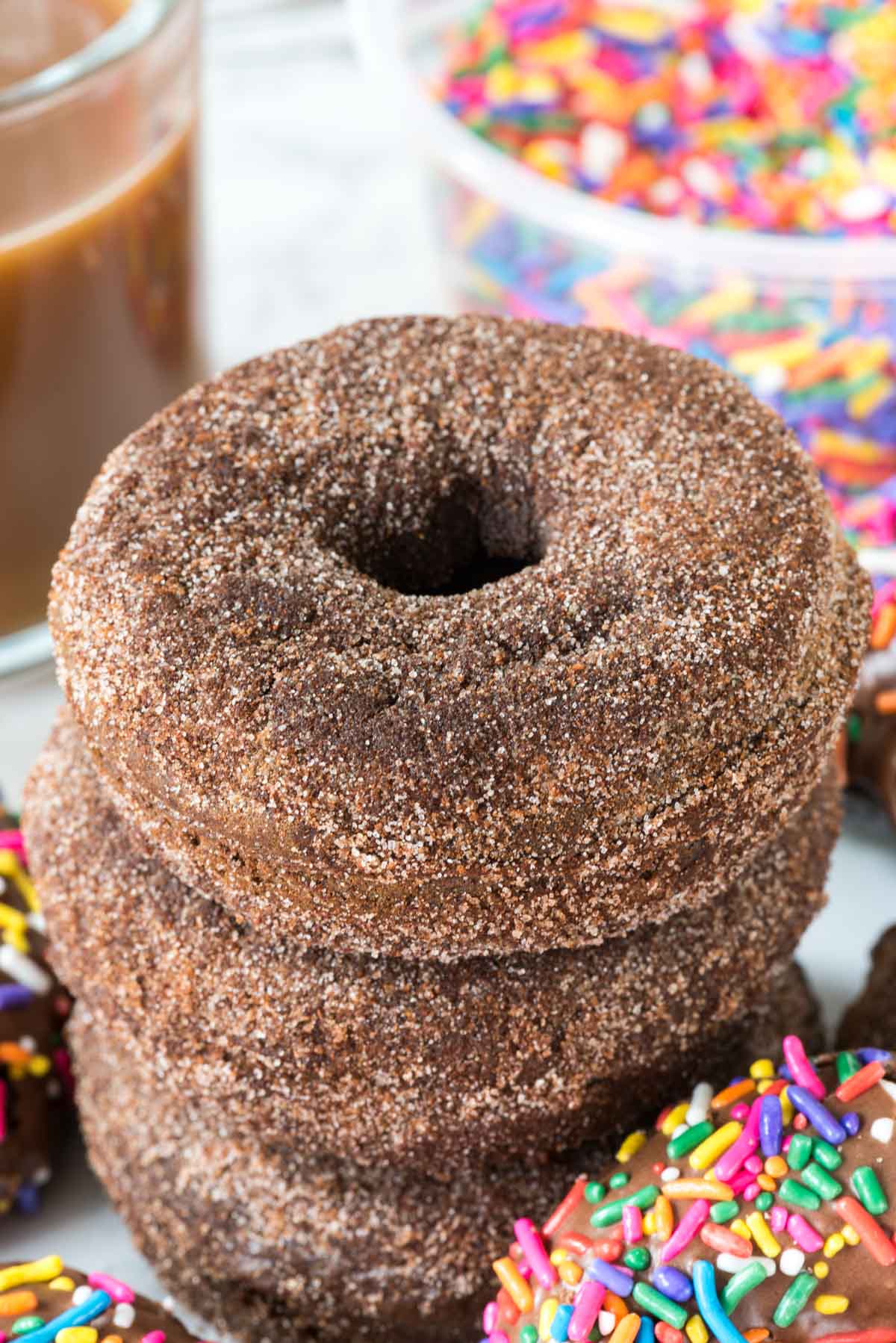 I’m not a huge donut eater, but I could be. I absolutely love them and could eat a dozen Krispy Kremes in about 5 minutes. However, my waist would absolutely not approve of that so I stick to making donuts at home, and I bake them so they’re better for you. Plus, if they’re baked I can eat two!

When I first started this blog, donuts were a HUGE thing. Everyone had donut pans and was posting recipe after recipe in all the flavors you could ever dream of. I even posted peanut butter donuts and mocha ones, and even ones with avocado. Then the donut craze passed by and my donut pan was pushed to the back of the cabinet.

Last week I all of a sudden was totally craving a nice, cakey, baked chocolate donut. I dusted off the donut pan and got to work.

The donut recipe itself is easy, one bowl, no mixer. Just stir it up with a wooden spoon and then pipe it into your donut pan. TIP: put your batter in a gallon size ziploc bag, then cut off one corner and pipe the batter into the pan. If you only have one pan, you’ll need to bake and cool the donuts a few minutes, then pop them out and refill the pan to finish the batch.

(Don’t have a donut pan? No worries, use a mini muffin tin!)

Once they came out of the oven, I had to decide chocolate glazed or cinnamon sugar churro? That’s like Sophie’s Choice to me, so I made both. 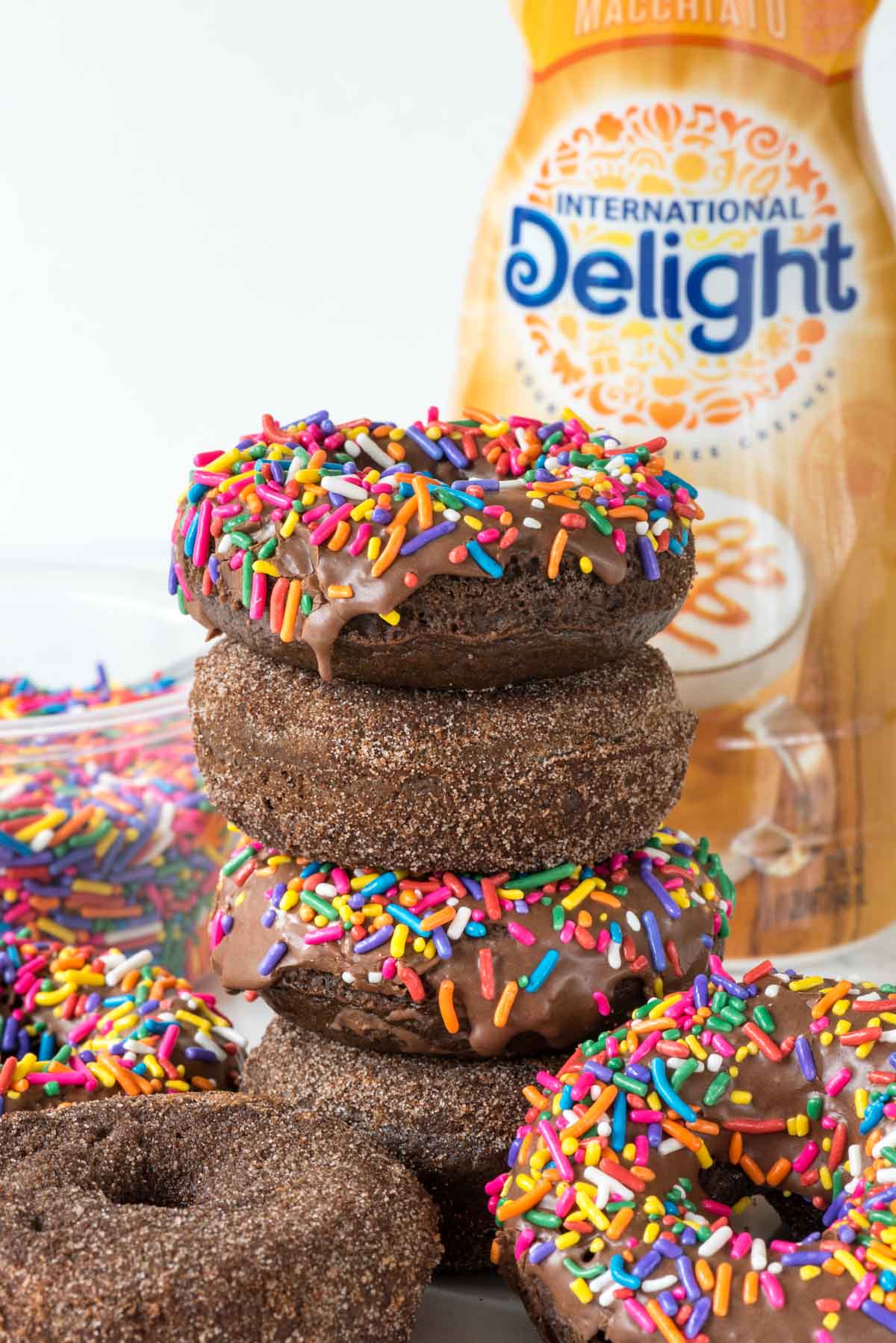 The chocolate glaze whisks up easily with just some powdered sugar, cocoa, and International Delight coffee creamer. I love using the creamer in the glaze because it adds some extra flavor. You can use your favorite, like Caramel Macchiato, French Vanilla, or Sweet Cream. I dipped the donuts in the glaze, and then sprinkled them with sprinkles. These would be so pretty with 4th of July colors, or even Christmas sprinkles!

This really is the best chocolate donut recipe I’ve had, and I’ve tried a lot of them, believe me. In my donut heyday I was making them weekly! 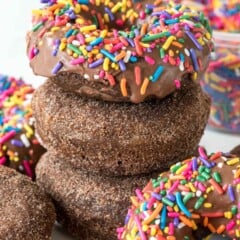 For the Chocolate Glaze (makes enough for the entire batch):

For the Churro topping(makes enough for the entire batch): 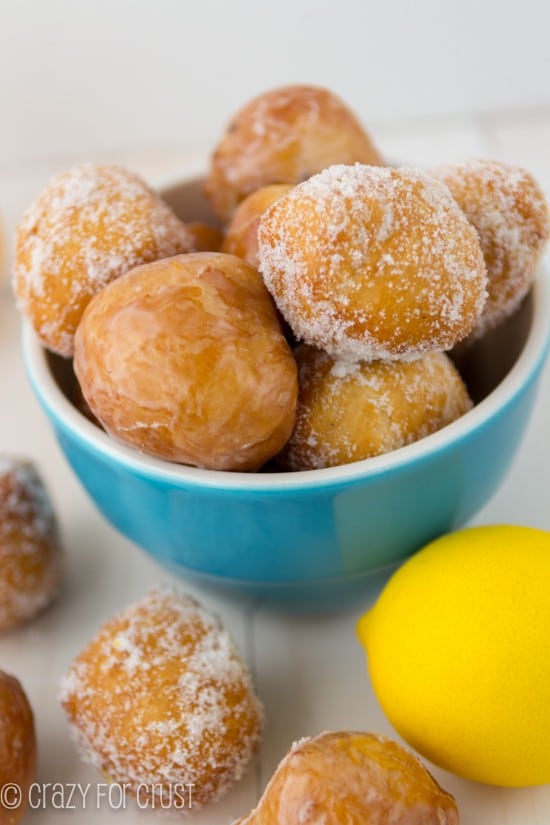 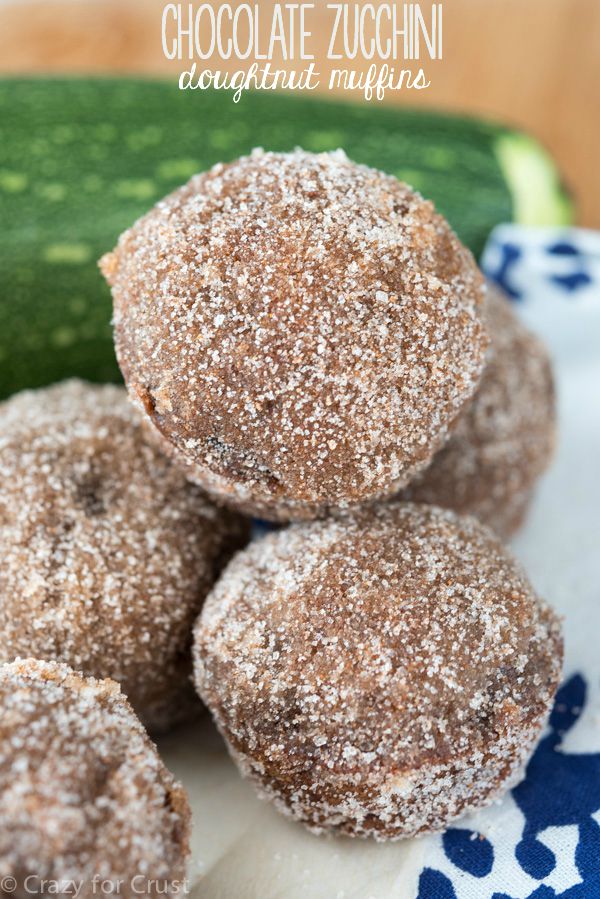 This is a sponsored conversation written by me on behalf of International Delight. The opinions and text are all mine. 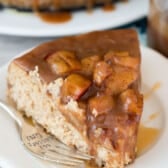 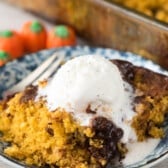 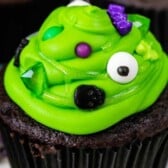