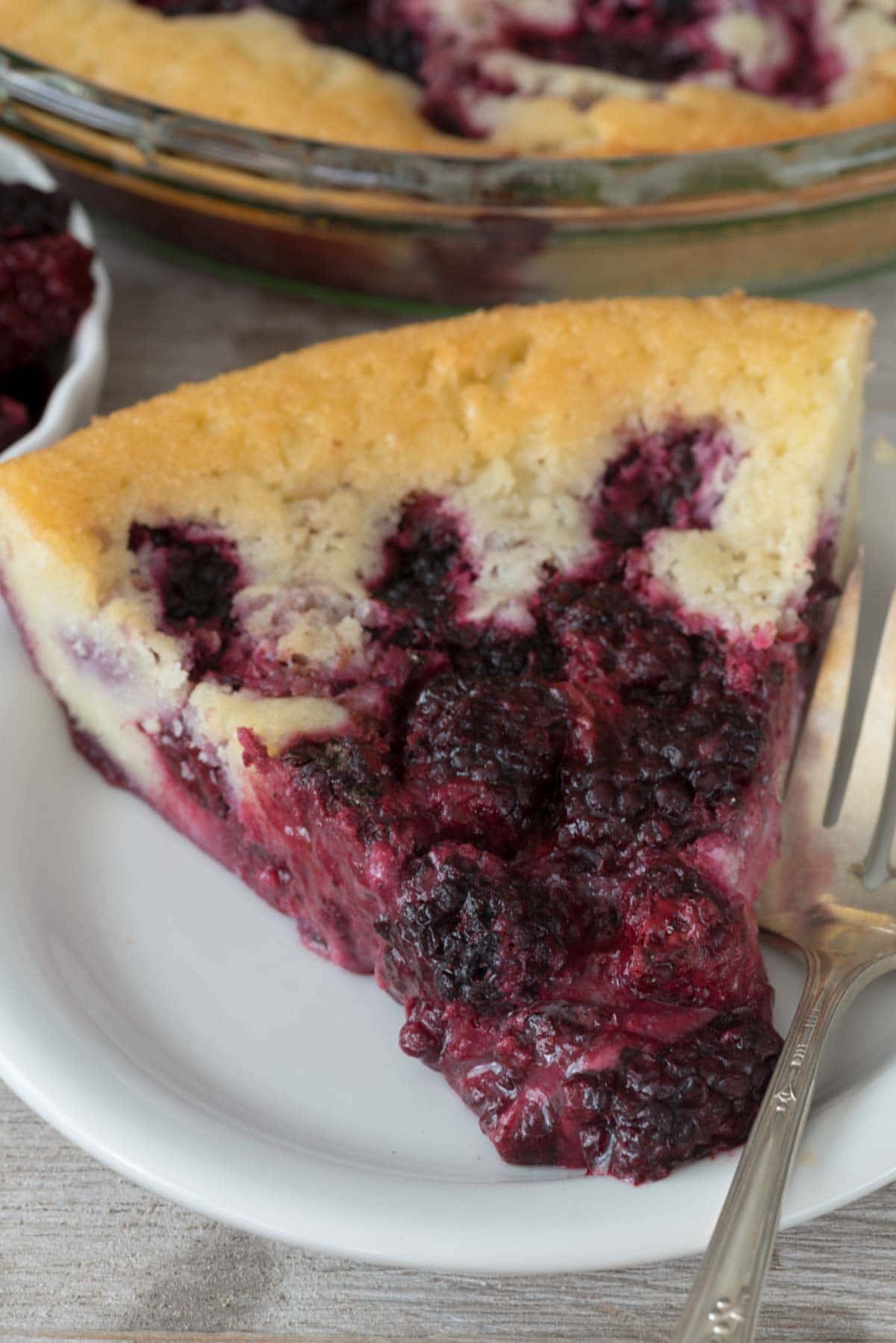 Crazy Crust Berry Pie – this easy berry pie recipe has a crazy crust that creates itself in the oven. It’s a cross between a pie and a cobbler! If you don’t like crust (or think you can’t make it) but want to make pie, THIS is the easy pie recipe for you.

This pie recipe came about by accident. Want to hear the story? Great! (Um, if you said no, scroll down, ha!)

I have a trademark for my blog name, Crazy for Crust. That means that no one else can use it in the U.S. Part of the deal of the trademark is that I have to be on top of when someone uses it or else I can lose my rights to the name. Anyway, long story short, that means that I routinely google Crazy for Crust to see if anything comes up that’s not stuff about me or this blog.

I was doing this last week when something called “Crazy Crust” kept coming up. Intrigued, I clicked over and found that there is such a thing as a Crazy Crust Pie. It’s a pie that has a batter crust that forms while it’s baking. No rolling, no pressing into the pan: you pour the batter in, add the filling, and as it bakes the filling takes up the center and the crust forms around the edges.

Crazy for Crust needed a Crazy Crust berry pie…so this is my version. 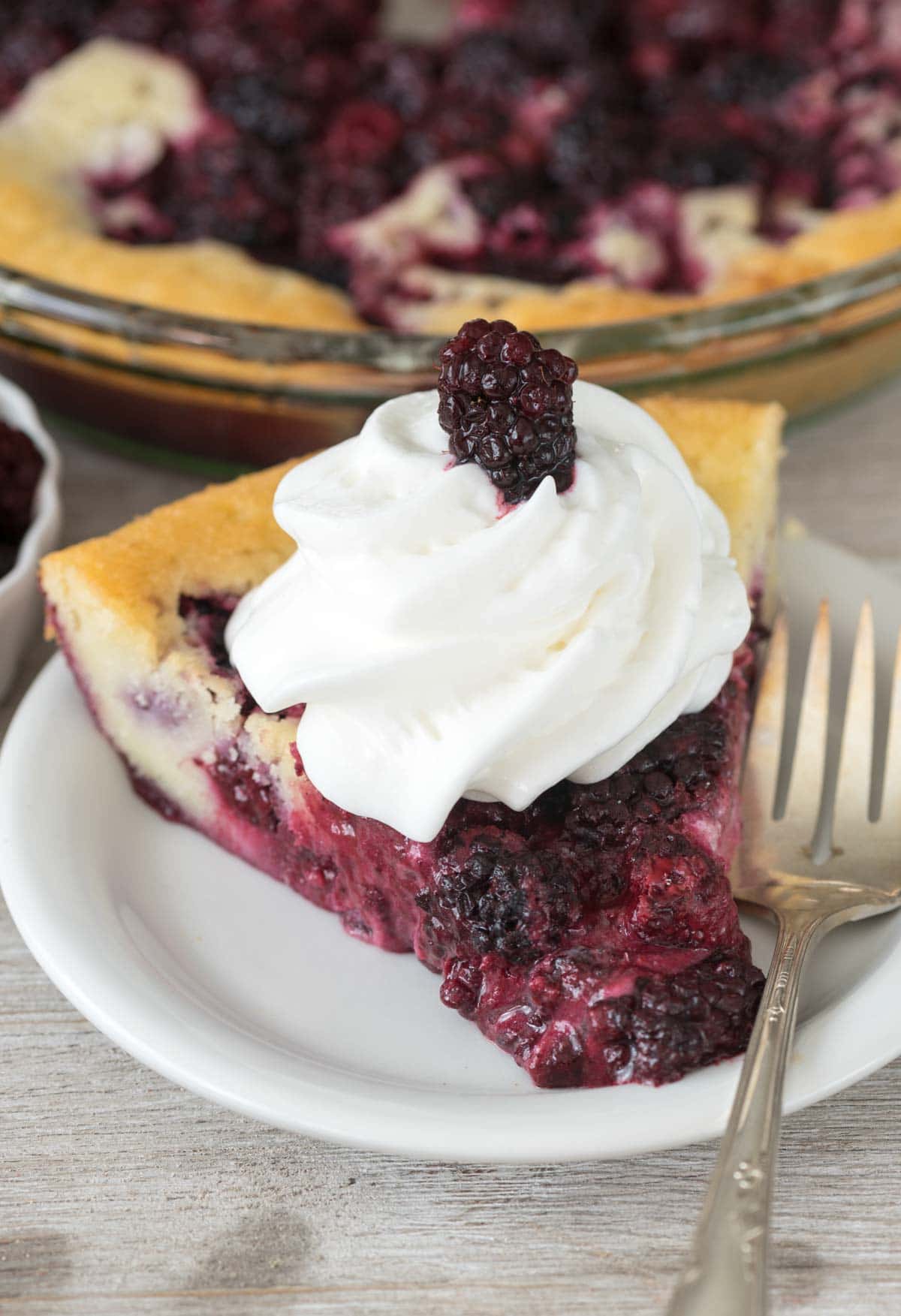 I tried a few times before I settled on this crazy crust berry pie recipe. The crust is a mixture that’s almost like a pancake batter. It’s made of flour, an egg, sugar, water, butter, and baking powder. It’s as easy as mixing it up and pouring it into the pan. Once it’s baked, it’s not too sweet – perfect, with a nice sweet pie filling.

Crazy crust berry pie is almost like an upside down cobbler.

Most of the recipes that came up when I was researching were either apple (from scratch) or used pie filling. I love apple pie, in fact I have two versions, plus a slab pie, on this site, so I’m pretty appled-out at this point. I decided to go with berry, because that’s my dad’s favorite (and I can freeze this pie for Thanksgiving!) 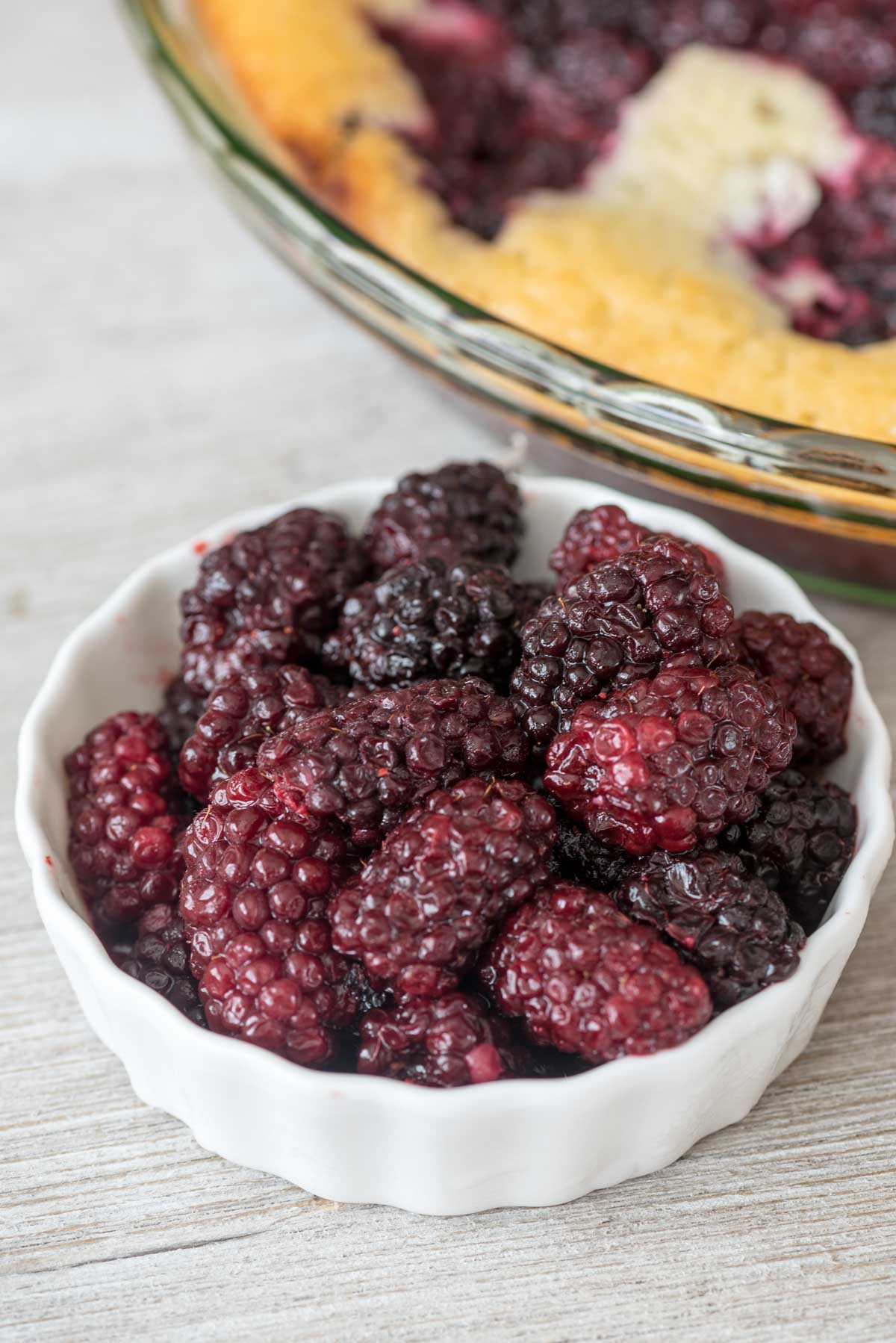 Aren’t those berries gorgeous? They’re defrosted Oregon Berries that I used for this crazy crust berry pie recipe. Specifically, they’re marionberries, which are an Oregon Marion Blackberry. You can use any berries you like in this pie. Blackberries, raspberries, blueberries, your choice. If you’re like me and love using frozen fruit in your pies, check for Oregon Berries next time you’re shopping. They have a single growing season, are picked at the peak of freshness and frozen within 24 hours, and are available year round. Plus, frozen berries are often much more economical to portion out for baking.

I like to let them sit out for an hour or so, until they are thawed, and then I drain them very well. You don’t want extra water in your pie. Once you mix the berries with some sugar, cornstarch, and cinnamon, you add them to the top of the batter in the pie plate and bake it. The berries sink down and get thick and form a pie in the center, with a crust around the edge.

It’s Crazy Crust berry pie, yo’. I’ll be serving this with whipped cream and LOTS of ice cream.

Gah, the crazy crust berry pie is so pretty too! 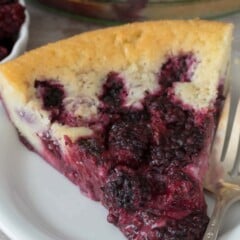 4.16 from 13 votes
Crazy Crust Berry Pie - this easy berry pie recipe has a crazy crust that creates itself in the oven. It's a cross between a pie and a cobbler!
Prep Time 20 minutes
Cook Time 55 minutes
Total Time 1 hour 15 minutes
Yield 8 servings
Serving Size 1 /8th pie
Save RecipeSaved!Rate RecipePrint Recipe 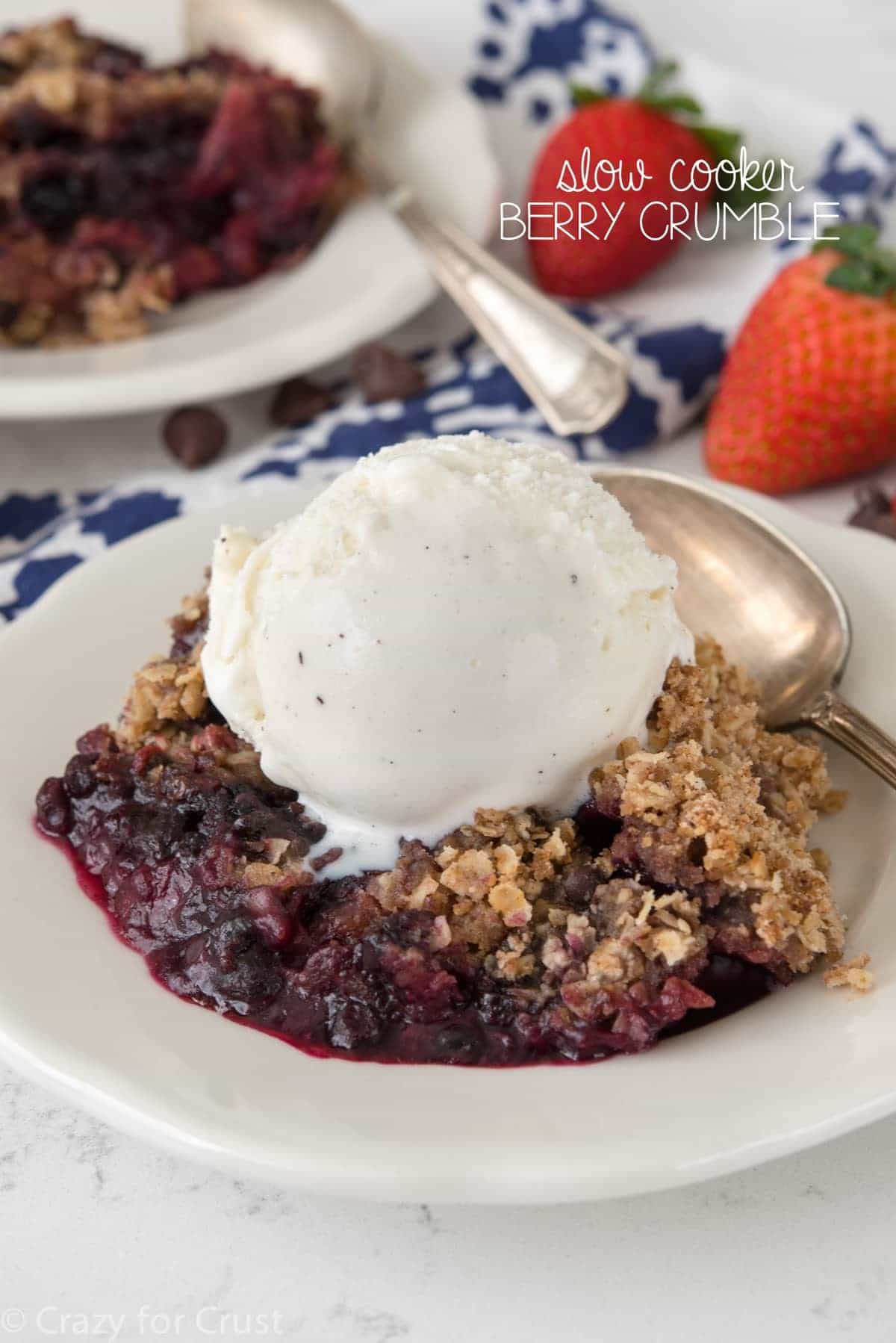 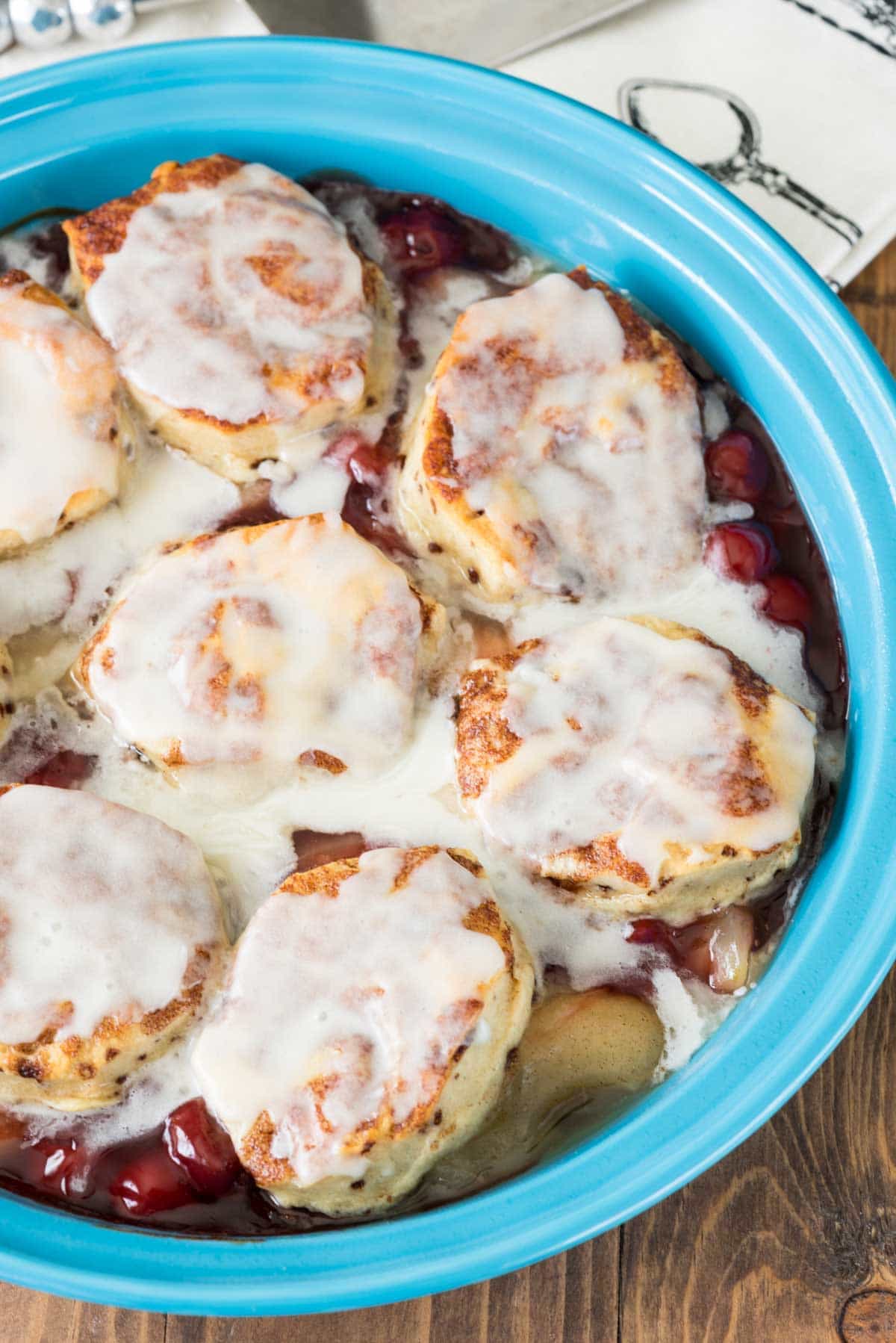 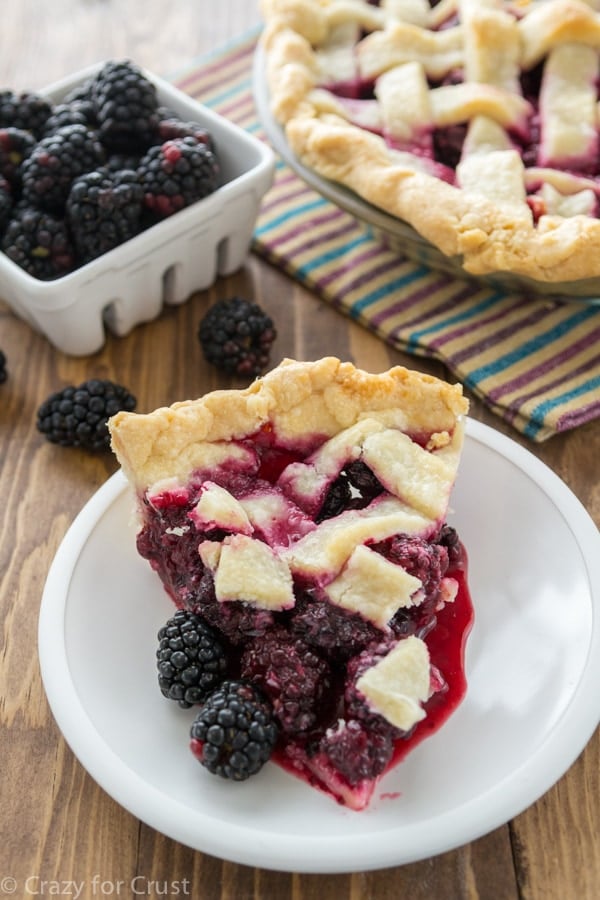 This post was sponsored by Oregon Berries. All opinions are 100% my own.