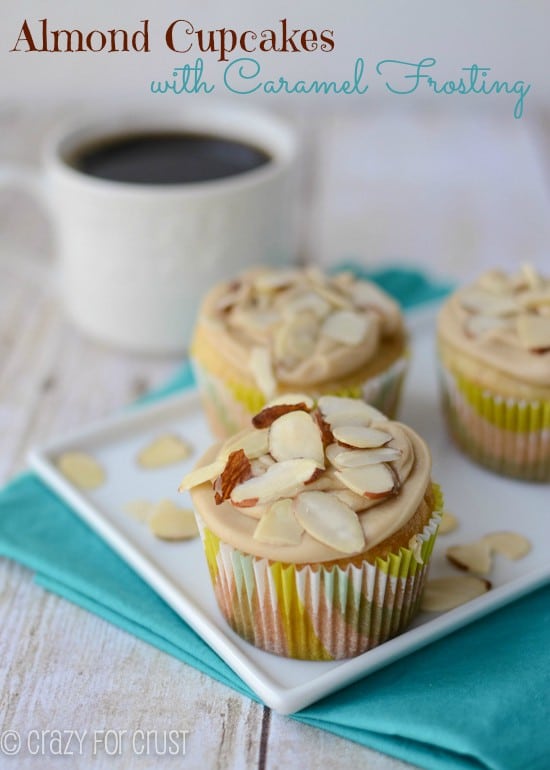 If you love almond, these Almond Cupcakes are for you! Filled with almonds, the cupcakes are topped with a caramel frosting that tastes like fudge!

I just did something I never thought I’d do:

I called the American Girl Store in LA and asked if I could schedule an appointment for a doll to get her hair done and her ears pierced.

I also uttered the following sentence to Jordan:

“If the salon can’t fix Jenny’s hair, she may have to make a trip to the doll hospital for a new head.”

Go ahead. You can say it. I’m totally that parent. The one who is obsessed with making her daughter’s doll human.

{In my defense, Jenny’s hair is pretty bad. I tried the whole downy/water spray. We brushed it. She needs a style or a new head and that’s that. It’s gotten so I make her wear a hat in public.}

I was having a discussion with a friend about how crazy I am recently, and I realized that, yes, I’m that parent. But there is a reason behind my madness:

The longer Jordan plays with Jenny, the longer that she cares about things like doll hair, ear piercing, and bunk beds that cost more than a real bunk bed, the longer she stays a kid.

In this age of an 8-year-old having her own iPod, worrying about if her shorts are “fingertip length,” and grown-up style music and TV shows, I think fostering a relationship with a doll is an awesome idea. Do I like spending $25 on a doll ‘do? No, but if it keeps my kind younger for even a minute, I’m okay with that.

So, next week on our way to Disneyland, I’m going to be that parent who stops for lunch at The Grove in LA. While my husband scouts out Maria Menounos, I’ll spend an hour walking seven miles around and around a doll store trying to find the perfect doll outfit that can be bought with a $30 gift card.

And I’m okay with that.

What I’m also okay (more than okay) with?

I would rather sit and eat one of these cupcakes than watch Jordan decide between a wheel chair for a doll and a new bathing suit that will never see water.

Really, I would rather eat this frosting with a spoon than do most things.

It’s from-scratch cooked caramel frosting, people. It doesn’t get much better than that!

Unless you put it on top of Triple Threat Almond Cupcakes.

The cupcakes start with a box mix. The mix is doctored with crushed almonds, almond milk, and almond extract. Triple the almond flavor! (I can never get enough almond, how about you?)

Then the frosting. Oh, the frosting. It’s seriously like fudge. It’s hard to spread, but it’s the best stuff ever. Add a little salt for a salted caramel frosting.

If the frosting doesn’t make it to the cupcakes, that’s okay. Serve the cupcakes for breakfast and call them muffins. No one will know!

Can someone have these waiting for me at The Grove next week? And maybe a martini? I’ll need both. 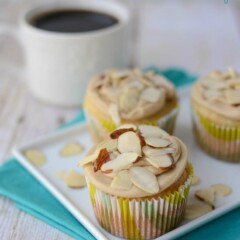 No ratings yet
Toasted almond cupcakes that have a rich and sweet caramel frosting!
Yield 24 cupcakes
Save RecipeSaved!Rate RecipePrint Recipe 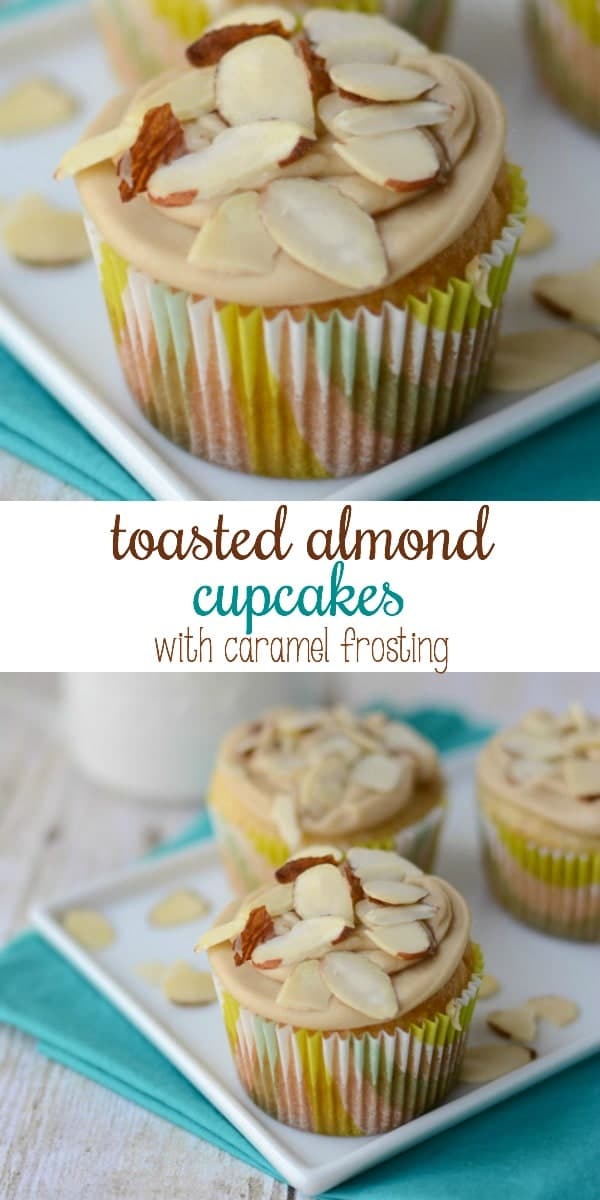