Have a Hawaiian Martini to feel like you’re at the beach! This martini recipe has all the flavors of Hawaii: pineapple, orange, and coconut!

I really wish I was in Hawaii this summer, but since I can’t be there I can bring a taste of the islands to me with this martini! 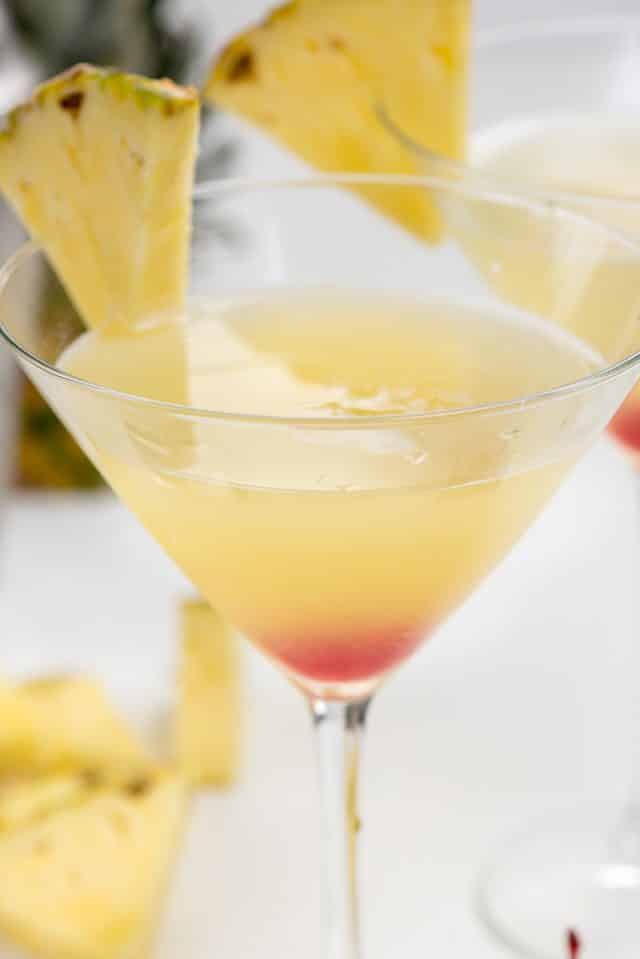 I’m not complaining because I was just in Hawaii this past February, but man I wish I was there now! It’s always fun to get away during school breaks but then come summer…it’s a lot of weeks at home without anything to do.

We just learned that Alaska Airlines will now fly direct from Sacramento to the Big Island. We’ve always done Maui because when we look at flights we’re wooed by the direct flight they have…but now we have another option.

Of course, Jordan refuses to go to the Big Island. She’s terrified of volcanos; even years ago when we’d mentioned it she was scared of visiting Volcanos National Park and I told her “don’t worry, that volcano won’t ever erupt again.”

Sounds like I need two trips to Hawaii: one for her and one for just Mel and I. Ha, if only!

Until I can fly away to tropical islands, this Hawaiian Martini will keep me company. Full disclosure: I wasn’t even planning to post this recipe. I created it on National Martini Day just because it felt like a sin not to drink a martini.

I drank it up and was like, you know what? I need to post this. THURSDAY. So I proceeded to make two more for the video and photo shoot.

Then I drank them both. 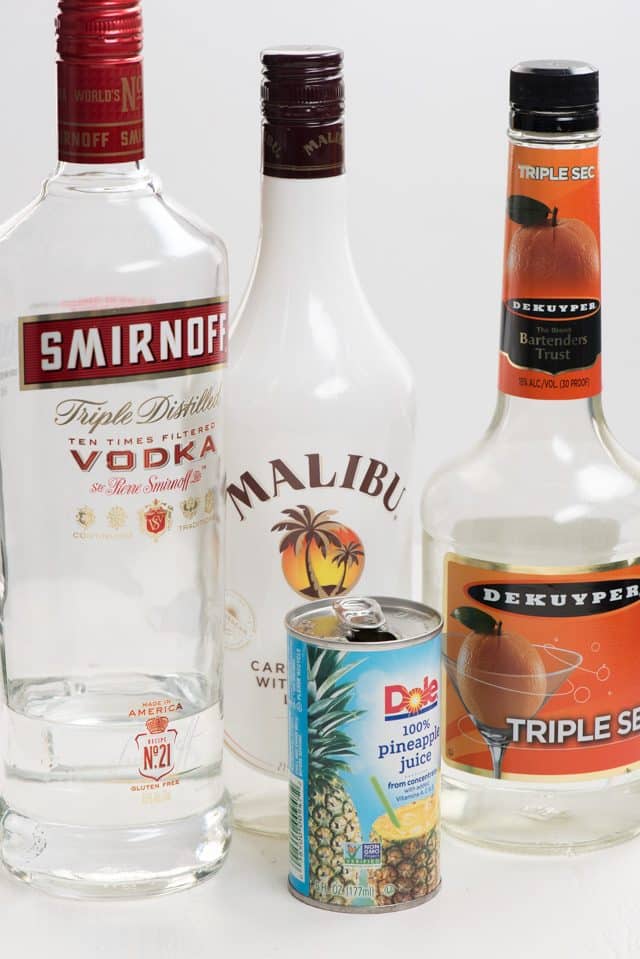 Chances are, if you have a semi-stocked bar, you have everything you need to make these martinis for your pre-Friday night party-like-it’s-Friday cocktail hour.

What’s in a Hawaiian Martini Cocktail?

You only need four easy ingredients to make this tropical drink:

Optional: you can garnish with a cherry and a pineapple wedge. Do people actually garnish stuff for real? I’ve gotten so used to doing it for the blog…I always wonder.

This recipe is my interpretation of what a martini in Hawaii should be. For me, Hawaiian drinks are all about the pineapple juice, the coconut rum, and orange too. While I don’t love the overpowering nature of orange juice, I think that using a bit of orange liqueur (aka Triple Sec) adds a good orange flavor without it being ORANGE.

The star of any Hawaiian drink needs to be pineapple…for obvious reasons.

This Hawaiian Martini is an easy martini cocktail full of pineapple, orange, and coconut. It’ll make you think you’re at the beach! 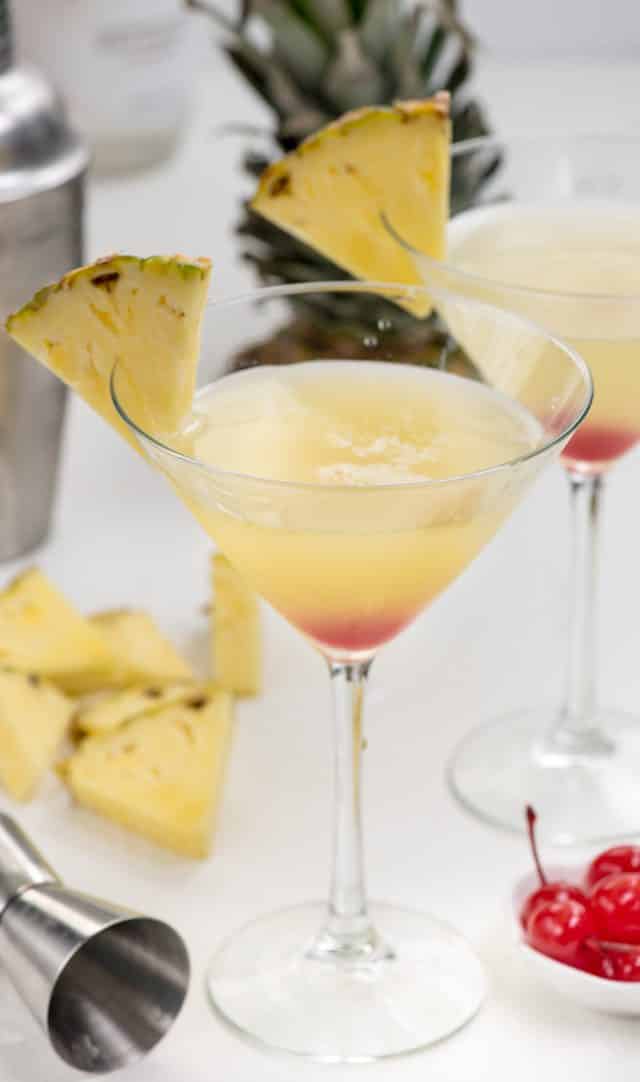 I’ve also included directions in the recipe for making a Hawaiian Martini Punch, because I know most people make drinks like this for a crowd. No one wants to sit at a party and make drinks to order, so you can make a Hawaiian Punch martini mixture and just pour over ice or shake it before serving.

Close your eyes, take a sip, and imagine the sand under your toes and the water in front of you. A Hawaiian Martini is almost as good as a beach vacation….almost. 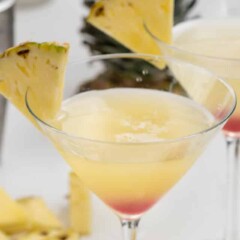 5 from 9 votes
Have a Hawaiian Martini to feel like you're at the beach! This martini recipe has all the flavors of Hawaii: pineapple, orange, and coconut!
Prep Time 5 minutes
Total Time 5 minutes
Yield 1 cocktail
Serving Size 1 drink
Save RecipeSaved!Rate RecipePrint Recipe

To make one martini:

To make a pitcher:

I love a good martini recipe! Be sure to check out my fabulous Midori Martini, but also try Lisa’s Lemon Drop Martini, this Metropolitan Martini, or a Watermelon Martini! 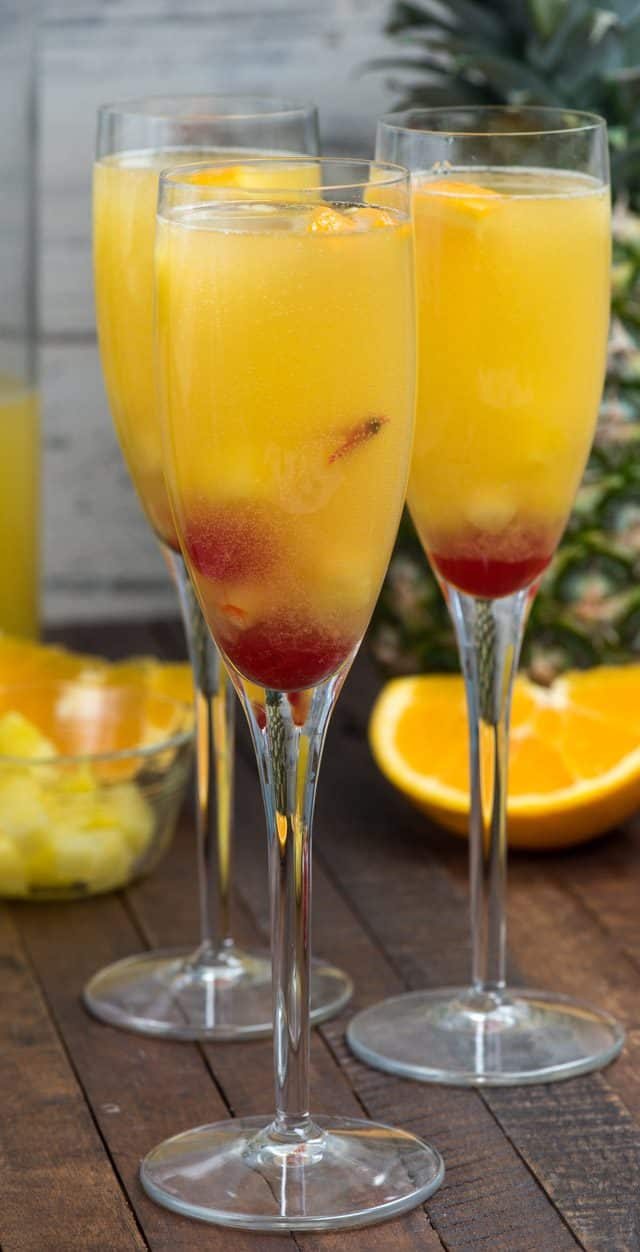 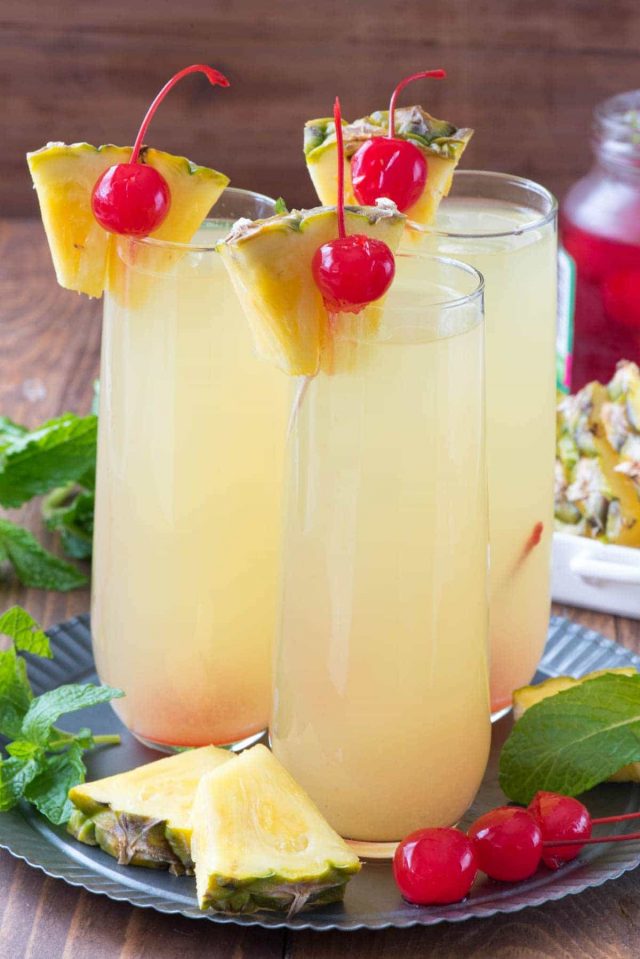 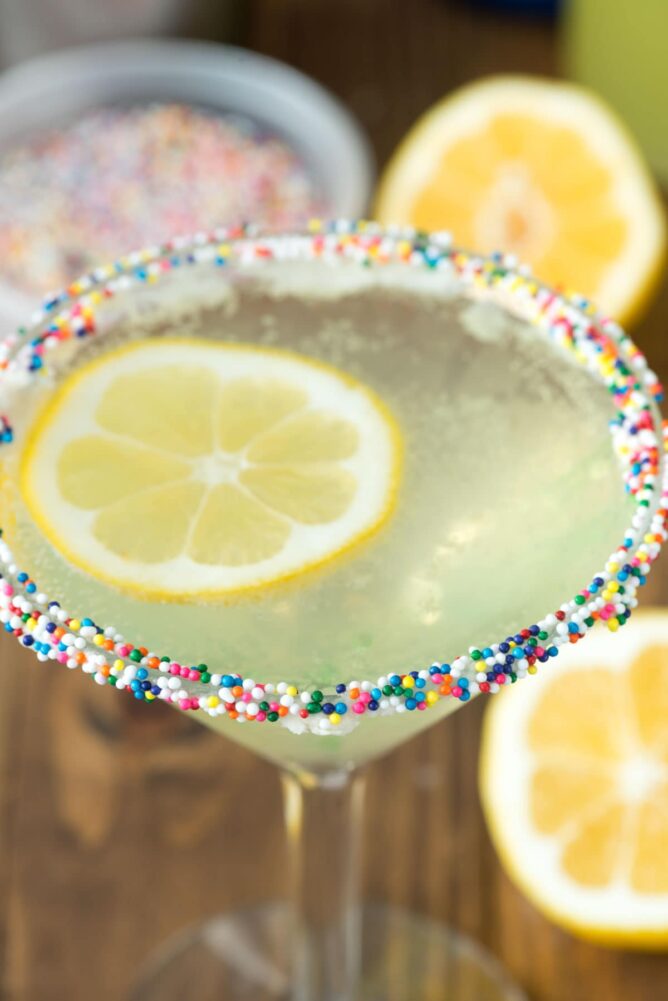