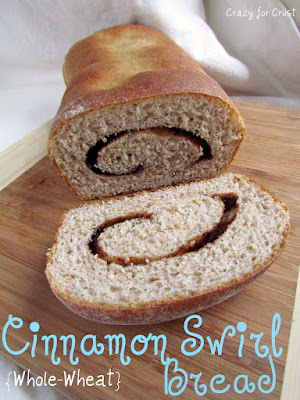 I read a lot of books. I’m never without one. I read at the gym, during TV shows, in the bathtub. I’ve pulled out my book at soccer practice and in the school pick-up line. I love how I can lose myself in a story. This summer I read so many good books I was bursting with the need to share them. I decided I was going to pick one book a month and start a new series of posts that pairs a recipe with the book. Sort of a book club based around food. The only thing was to pick which book to feature first.

And then I read the Hunger Games Trilogy.

I don’t know what Suzanne Collins ate (or drank) before she came up with this novel. I envy anyone with an imagination like hers. The way she can create a story about something so…horrifying and keep you reading is amazing.

Horrifying, you ask? Why? Because the premise of the first book in the series (my favorite of the three) is that in the futuristic North American country of Panem, children are randomly chosen in a lottery and then sent to fight to the death in a televised reality-show arena. Yes, you read that right. They are sent to fight to the death; to murder one another until only one remains. Children, between the ages of 12 and 18.

Believe me, when I started reading I wanted to stop. It was so disturbing I almost couldn’t stand it. But I couldn’t stop reading. I read the book in less than two days. (Followed closely in suit with the other two. The whole series, done in a week.) And I still (a month later) can’t stop thinking about Katniss and Peeta, Gale and Prim and Haymitch. Their lives are still interweaved with mine.

It was so bad that when I watched the season premiere of Survivor I wondered, for an instant, why they were just hanging out; why they weren’t trying to murder each other.

So for my first book and food pairing, I made Cinnamon Swirl Bread. Bread and grain are a huge part of the Hunger Games trilogy. Peeta’s family is a baker. Grain is a precious commodity. Children can enter their names into the lottery more times in order to earn a years’ worth of grain to feed their families. Even the name of the country, Panem, derives from Latin as “bread and circuses.” So I thought bread would be a fitting choice, although the disadvantaged and poor Katniss and her family would not have been able to afford cinnamon or sugar. 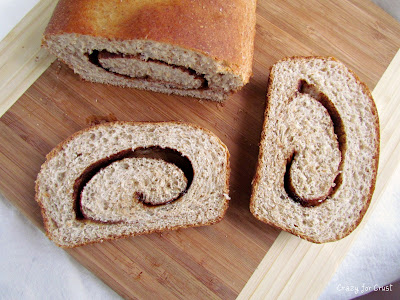 This bread is awesome. I pulled the recipe from Food Network Magazine a long time ago and have been wanting to make it ever since. It’s a lower-fat version, using whole-wheat flour and nonfat dry milk. But you wouldn’t know it when you try it – it is delicious. I ate it plain and toasted with butter. To die for (no pun intended). The recipe makes two loaves, so I have one in my freezer to make french toast with sometime.

If you’re looking for a good book to read, try the Hunger Games. I haven’t read a series of books that has affected me so much since the Twilight series. (You really don’t want me to get into that; I’d go on for hours.) So give the Hunger Games a try and then have some cinnamon swirl bread. A perfect pair!

What are you reading?

(Note: There is a print link embedded in the footer of the post; please visit the post to print.)