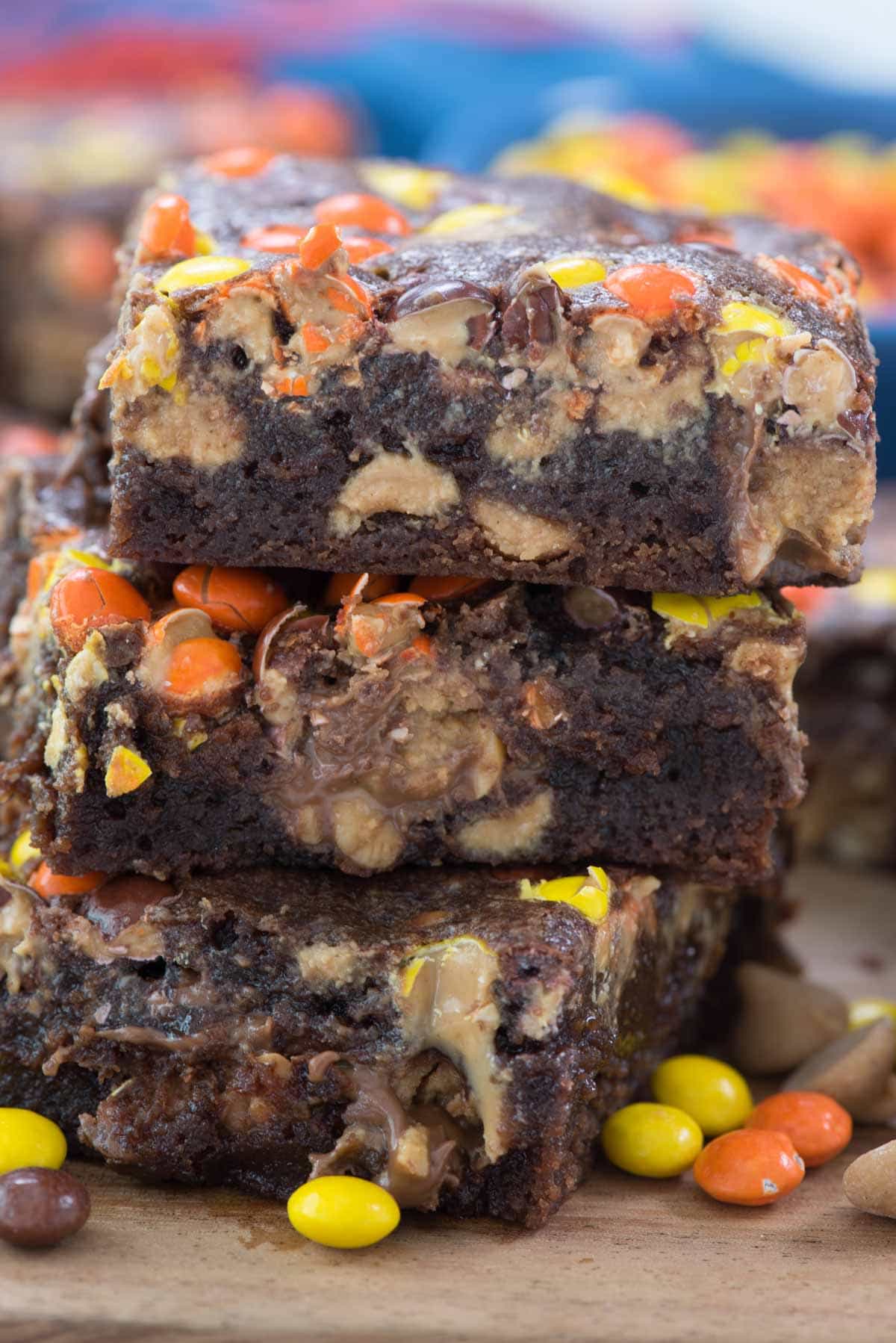 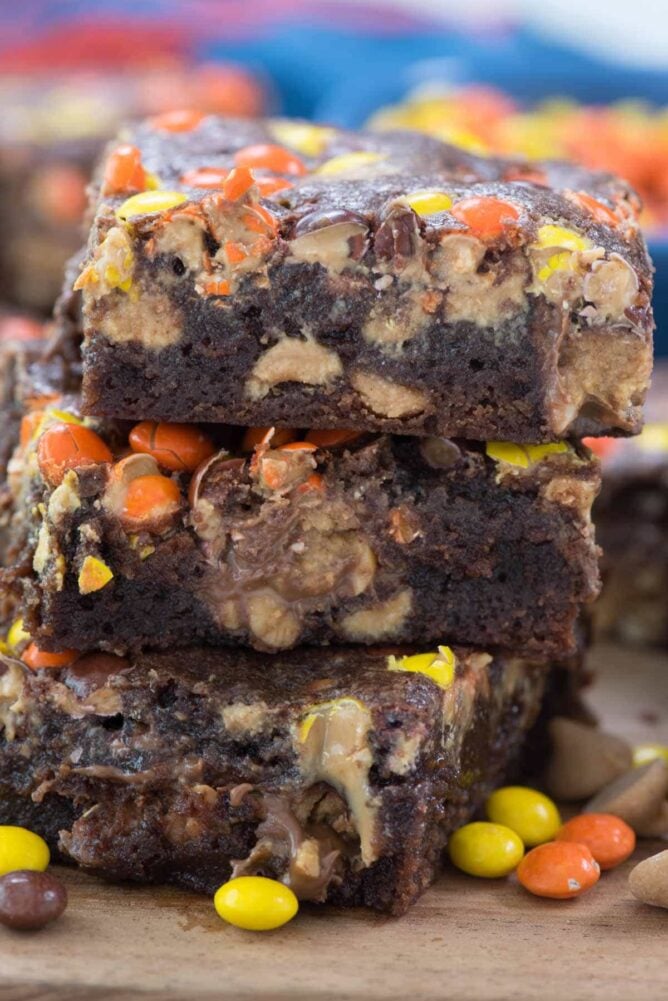 Over the past few weeks we’ve had a new resident in our yard: a squirrel. For many years I didn’t think that squirrels even existed where we lived, because I never saw one. Then, about 6 months ago, I’d see one on the back fence every once in awhile. I was surprised because we’d lived in my city for 10 years and never seen a squirrel even once.

Over the last two weeks the squirrel, who I’ve since named Steve, has taken up living on our back porch. I consistently hear him scratching under the back window and he’s taken to scurrying around on the back patio roof (which is right outside my bedroom window).

The timing of Steve’s arrival is not lost on me; Ginger passed away 2 weeks ago and Steve the Squirrel moved in shortly thereafter. No dog = no one to scare him away. In fact, when I look back, I realize that we started seeing him on the back fence right around the time Ginger started slowing down, not running and chasing the birds and barking that everything that moved.

I’m not quite sure how to squirrel-proof my back yard, but I’m willing to let Steve hang around until mid-August. I think he’ll move out quickly after that, because that’s when our new puppy will arrive.

Until then, maybe I’ll leave Steve some of my Ultimate Reese’s Brownies to snack on? Or no? 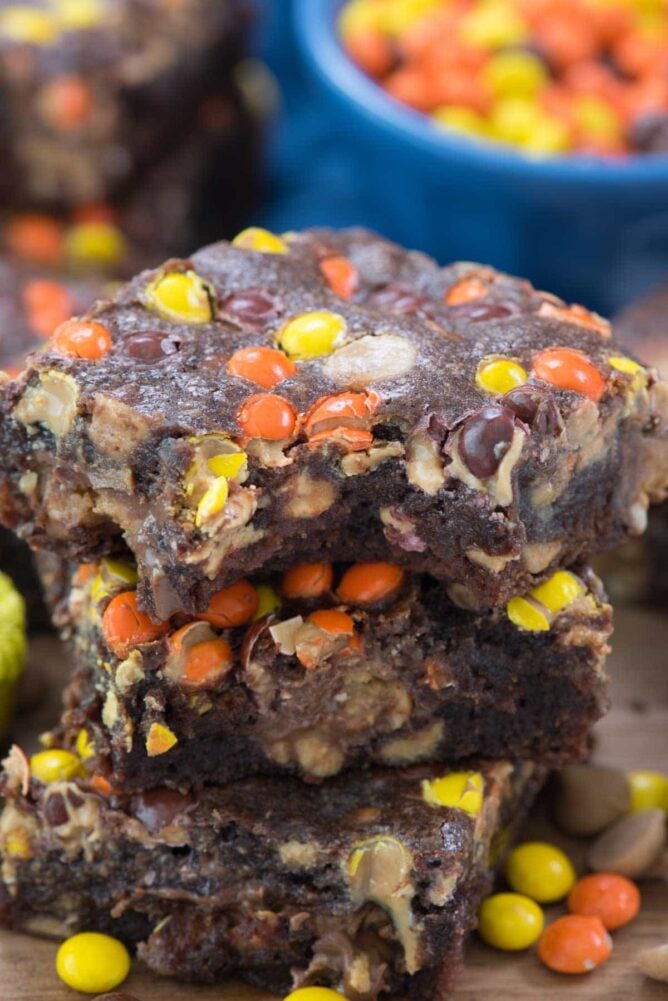 As usual, I overstuffed brownies with something fantastic. In the past, I’ve done it with chocolate or Oreos or I’ve shoved them in a pie crust to make an ultimate brownie pie.

This time I started with my favorite brownie recipe and I shoved it FULL of all the Reese’s items I could find at the grocery store. These peanut butter brownies have peanut butter chips inside (you can find them in the baking aisle), peanut butter cups in the middle, and Reese’s Pieces sprinkled on top.

If you’ve a peanut butter and chocolate lover or you are as obsessed with Reese’s as I am, THESE Ultimate Reese’s Brownies are for you!

These are SO good and they not only taste good warm but you can freeze them for later too. I made them ahead and froze them for a party and they tasted just as good as fresh. And EVERYONE loves them! 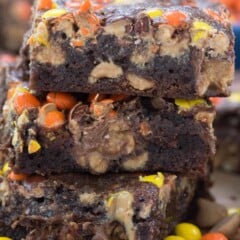 If you looooove brownies as much as I do be sure to check out all my brownie recipes, my peanut butter recipes, and my Reese’s recipes!

Reese’s Brownies with an Oreo Crust