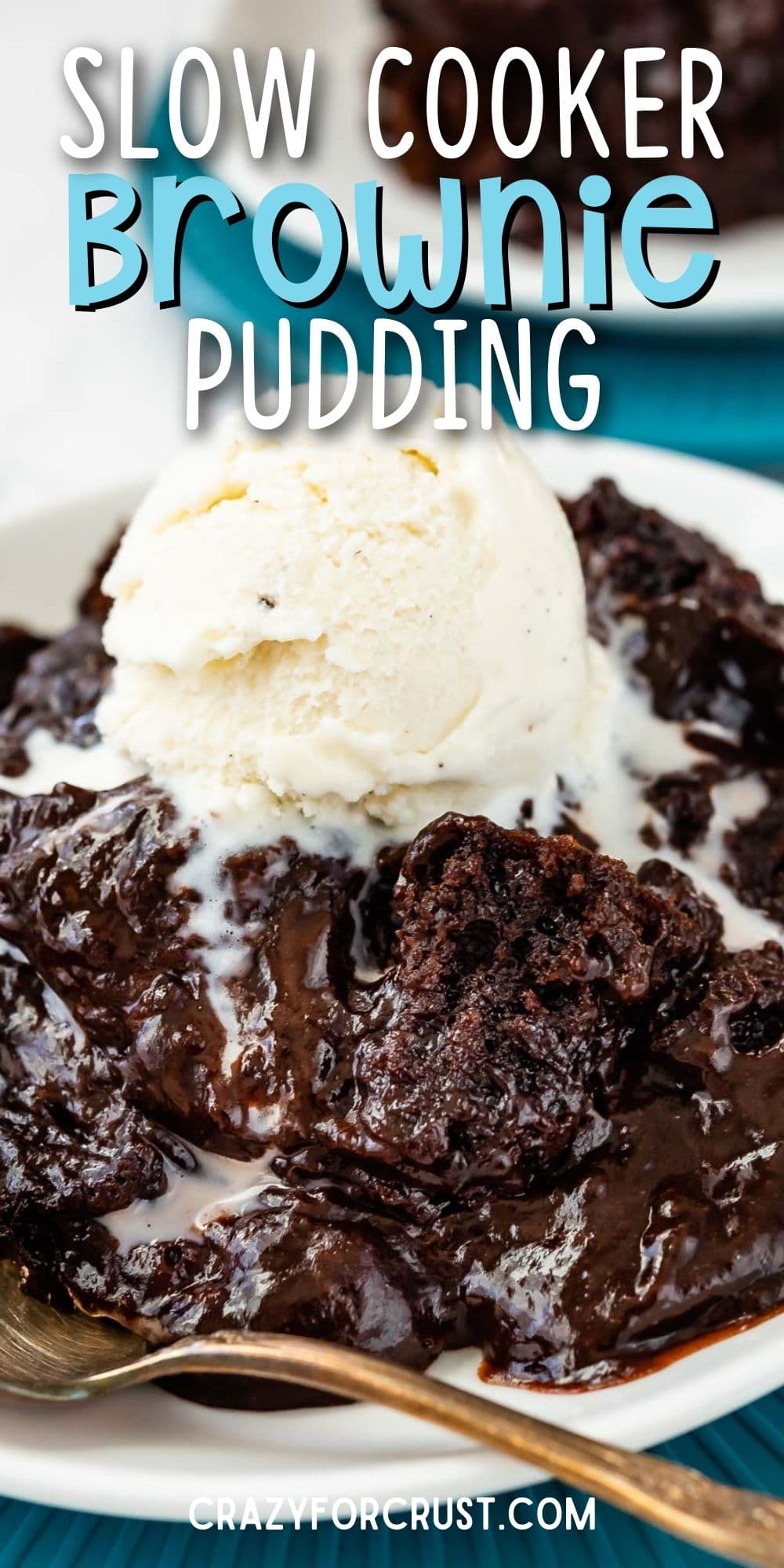 If you are craving ooey, gooey chocolate brownies, this crockpot recipe is the one for you. It’s a Slow Cooker Brownie Pudding – like crockpot lava cake and it’s SO good.

Instant gratification is something I often have no power against. Too often I feel a little too much like Veruca Salt: “I want it and I want it NOW!” The lines between instant gratification and life are blurring – it’s almost too easy to just get what we want immediately.

Take TV, for example. We no longer have to wait in anticipation for our favorite shows; we just binge watch them on Netflix one after the other. The only waiting that occurs is because my husband makes me go to bed after watching 3 episodes of Friday Night Lights and I have to wait until the next night to continue my binging. We don’t even have to watch commercials anymore, now that every room has a DVR.

I find it hardest to resist my impulses when I’m shopping. I’ll see a shirt or a bag or some shoes that I love and I just want them. Why shouldn’t I buy them? I work hard. They’re cute. They’re on sale! This actually happened last week – and while the shoes were at a discount store, they sure as heck weren’t on sale. I did make myself wait overnight and when I couldn’t stop thinking about them I went back and bought them. (See? I had to buy them, right?)

And then there are recipes. That’s where my instant gratification gets me the worst. I see a recipe or think of an idea and I need to make it ASAP. Like, I’ll drop everything on my schedule and head to the kitchen. And while that’s not great for my to-do list, it is great for you. Why?

Because this Slow Cooker Brownie Pudding is one of my impulse recipes that I had to make ASAP. And then I had to share it, in front of all the other recipes I was going to post. But you’re okay with that, right?

If you follow me on Facebook, you may have seen this post I shared last weekend. Heck, if you’re on Facebook at all, you’ve probably seen it. It’s one of those videos that is probably copied off some bloggers recipe and goes viral (true story). It was for a chocolate lava cake made in a slow cooker, using cake mix and pudding mix. I immediately thought of some of the other crockpot desserts I’ve made, like hot fudge cake and caramel cake, and I wanted to make this one too.

How to make Crockpot Lava Cake

(Side note: I did google it to see if a blogger friend had been ripped off before I made this. The top two google results for “Crockpot Lava Cake” were Betty Crocker and Taste of Home. So I decided to continue on my must have chocolate lava brownie pudding ASAP quest.)

Because that’s right – I didn’t want to use cake mix. I wanted to see if using brownie mix and chocolate pudding mix would work and create a slow cooker brownie pudding (aka Lava Brownie) recipe. And guess what?

It worked fabulously. This Crockpot Brownie Pudding is gooey, chocoaltey, rich, and so freaking fantastic YOU need to make it right this minute. (Honestly, it’s even better than the BEST brownie recipe in the world.)

But you will have to wait for the slow cooker to do it’s magic. (Consider it a gift: I’m teaching you patience.)

This recipe has just a few ingredients: brownie mix and the ingredients called for on the box, pudding mix, and milk. It’s probably one of the more simple recipes you’ll ever make.

Tip for making desserts in a crockpot: every slow cooker cooks differently. Yours might be hotter than mine or cook more on one side than the other. It’s just how it is. Also, every crock pot seems to be a different size. Mine is about 7 quarts. This cake will work in a 5 or a 6 quart as well, but cooking time will be affected. I give a large range in cooking time for these reasons: 2-3 hours could mean 2 or it could mean 3. Hopefully it won’t be longer than that!

Because some of the pudding stays on the top of the brownies, it looks raw even when it’s done, which is why you cannot use the toothpick test. Just watch the edges – when they stop being shiny/glossy/raw looking, then it’s done. But it will still look underdone in the middle – that’s the pudding being all jiggly, not raw brownies. 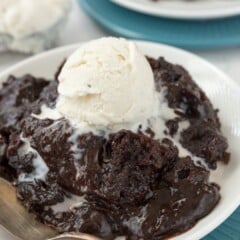 Different brownie mix brands call for different amounts of eggs, water, and oil. I used Betty Crocker brand, but make the brownies according to what your box mix says. 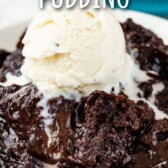 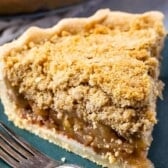 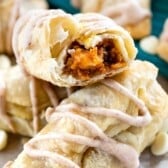