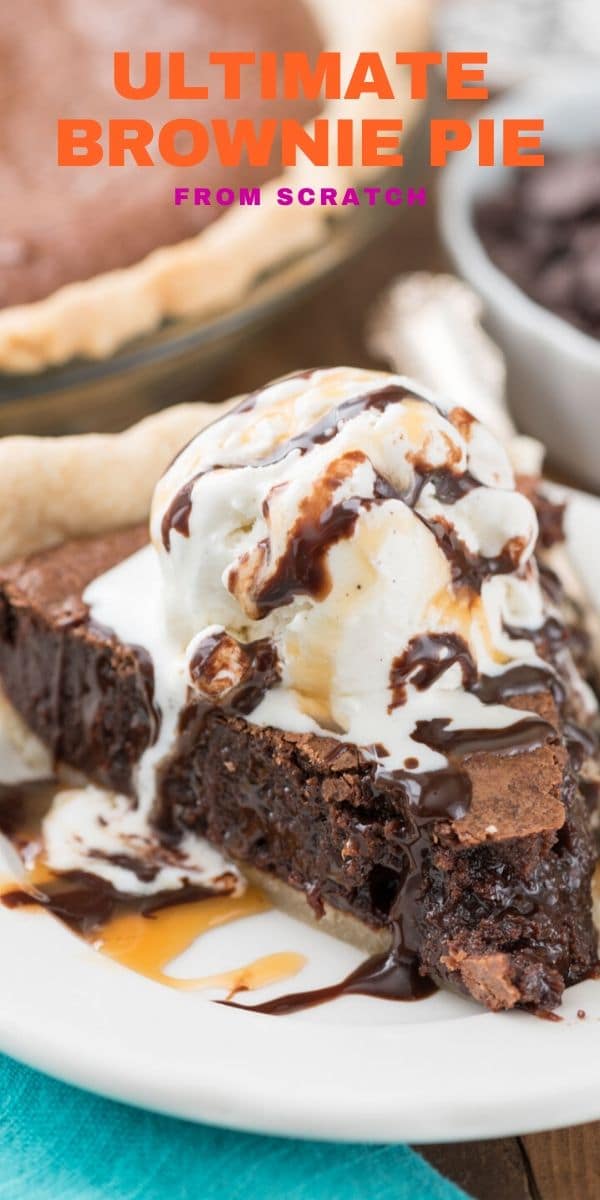 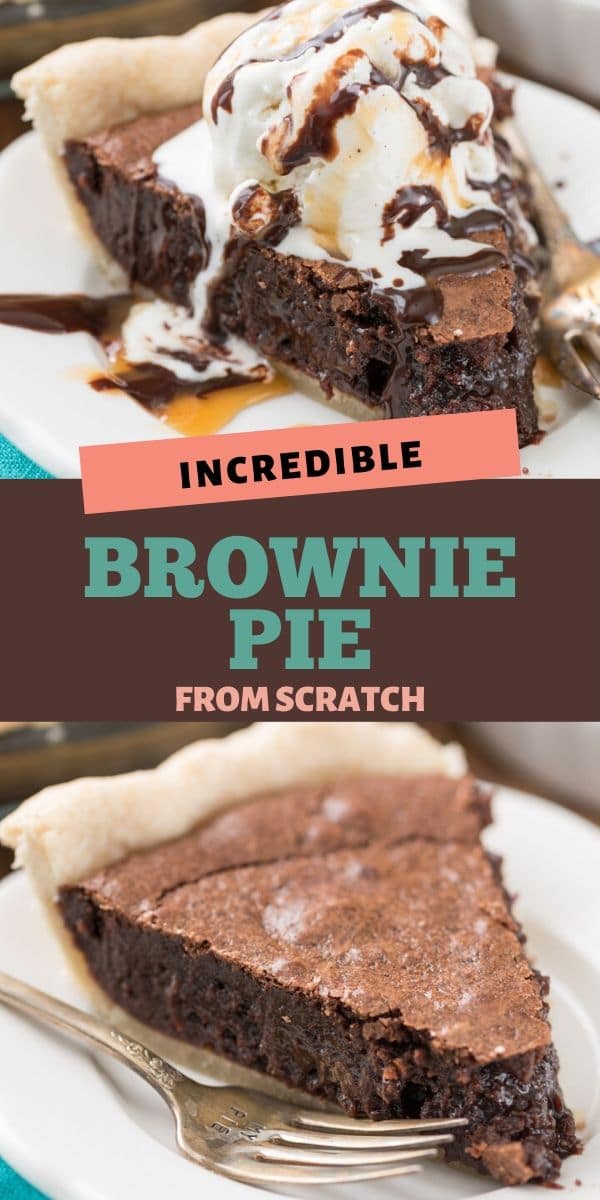 This is the BEST Brownie Pie you’ll EVER make. That’s a big statement but it’s true: it’s a from scratch brownie pie with my all butter pie crust and a gooey fudgy brownie filling. It’s like a fudge pie!

Y’all need to stop what you’re doing and RUN to your kitchen to make this pie. I’m serious, GO!

You’d be wrong if you thought that. Very, very wrong. Try it. Cut a slice and try to just eat a bite of The BEST Brownie Pie.

What is a brownie pie?

I really can’t get over how good this was. I mean, I love my brownie recipe and I love my pie crust recipe. So, together, I knew I’d love it. But it still blew my mind.

I love using box mixes, I use them all the time, but sometimes I just feel like getting into the kitchen and doing it all. It makes me feel like a super woman…or something. Is that just me?

This recipe starts with my perfect all butter pie crust. You can also use a Pillsbury crust if you prefer, but my crust recipe is so good.

Then I used my classic brownie recipe to fill the pie.

How to Make The BEST Brownie Pie

Have I convinced you that you MUST make this pie today?? Good, then I’ve done my job. Get to it!

If you’ve made this recipe be sure and leave me a comment and give a start rating! 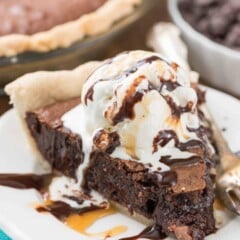 5 from 10 votes
This is seriously the BEST Brownie Pie recipe EVER!! Make a homemade crust, a from scratch brownie and get the gooiest, most chocolatey and fudgy brownie pie you’ve ever eaten!! You can use a prepared pie crust too, but whatever you do you need to make this pie!
Prep Time 30 minutes
Cook Time 45 minutes
Total Time 1 hour 15 minutes
Yield 10 servings
Serving Size 1 serving
Save RecipeSaved!Rate RecipePrint Recipe