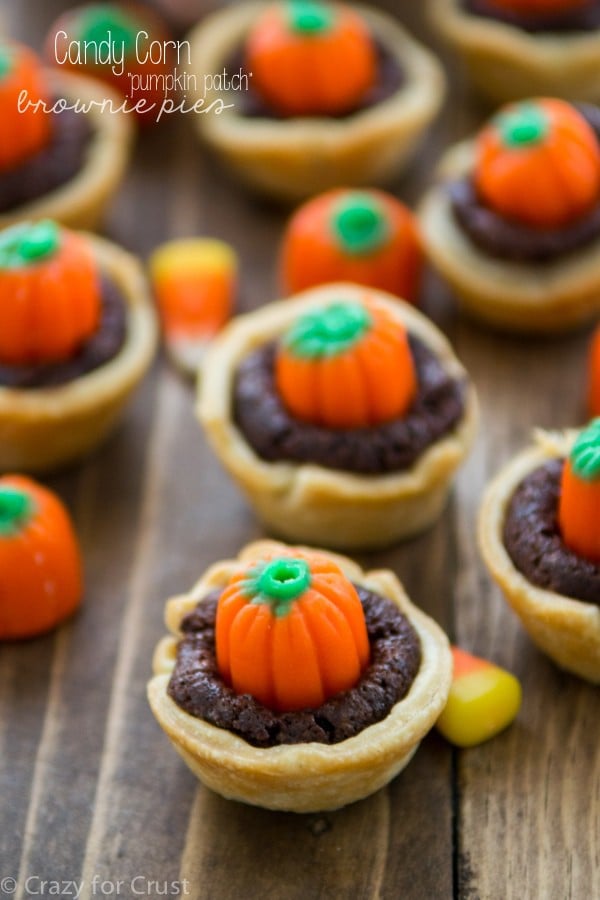 Secret: until this year I didn’t love candy corn. Now I wonder where it’s been all my life.

It’s especially good when you mix it with peanuts. And now? Candy corn is amazing when you pop in on top of mini brownie pies.

Use pumpkin candy corn and you’ve got yourself a pumpkin patch, perfect for Halloween or Thanksgiving!

It’s no secret that I love a brownie pie. I’ve made footballs, mint, turtle and coconut. I’ve even turned brownies and pie into a Snickers and my favorite recipe in my book is a brownie pie made with Milky Way candy bars.

Seriously, if my blog wasn’t Crazy for Crust it would be Crazy for Brownies. #addicted

Last week I told you about the candy corn shortage at my local Walmart. (I know, right?) When I went to my second store to stock up I bought lots and lots of candy corn. Then I had to hide it from Jordan because when it comes to candy corn, she’s totally addicted.

I say that as I’m remembering the M&M incident of ’13. When she kept saying she was just getting a few M&Ms and like a stupid person I trusted her. She ate the entire bag in a week.

Moral of the story: you can’t trust Jordan around candy. 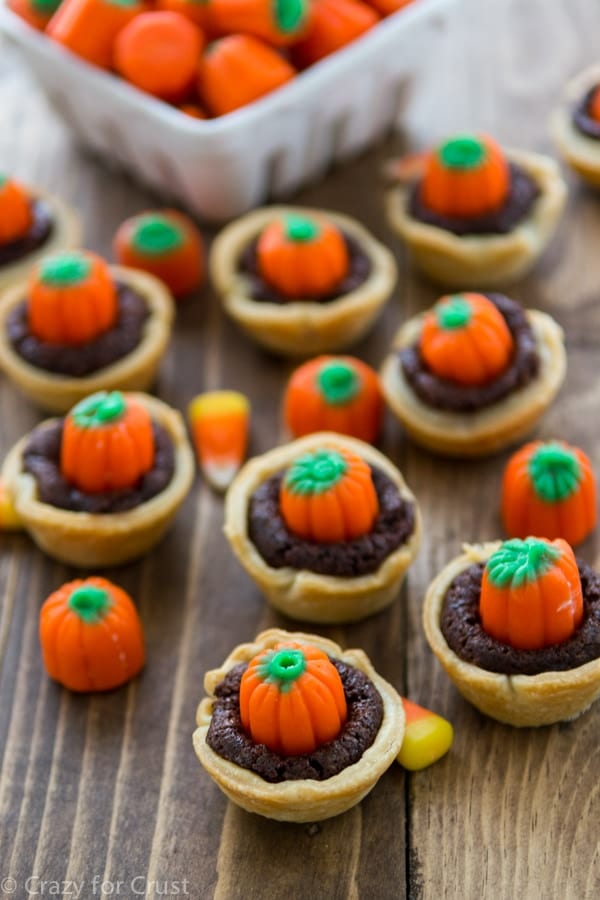 Anyway, during my stock-the-candy-corn-for-armageddon shopping trip, I bought some Candy Corn Pumpkins. I’m sorry, but they’re the cutest things ever since these.

{Get ready to see them in pretty much every single pumpkin photo shoot I do between now and Christmas. I mean, seeing a pumpkin in the shot makes the post scream pumpkin, am I right?}

Anyway, my first thought – seriously – when I saw them was that I needed to make brownie pies. 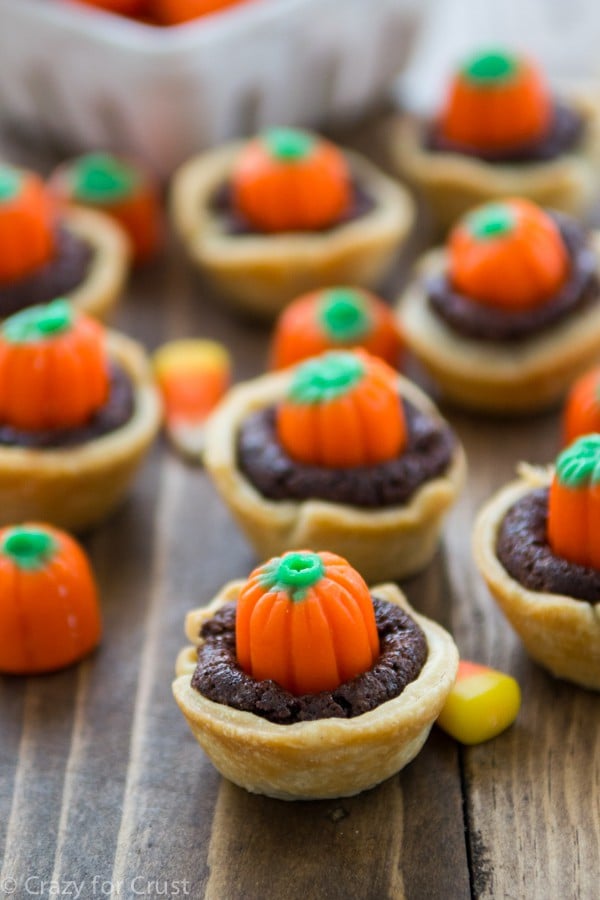 These pies could not be easier to make. All of my brownie pies are absurdly easy.

I start with a refrigerated pie crust. Pillsbury is my favorite and I’m saying that because I believe it, not because I also work for them. You can also use a homemade pie crust for these, but in this instance, the Pillsbury just makes it easier. Use what you like the most!

Normally I use a boxed brownie mix for my mini pies, but this time I decided to give my homemade brownie mix a whirl. 2 cups of that mix, plus the ingredients, filled about 36 pies which is perfect for 2 pie crusts. If you prefer to use a box you can. A 9×13 pan sized box of brownie mix will yield you 36 pies with some batter left over. I like to pour the leftover batter into muffin pans or a mini loaf pan.

2 notes about the recipe:

Once the pies are baked and come out of the oven, immediately push a candy corn pumpkin (or regular candy corn) on the top. If you wait too long, the brownie will cool and it’ll be hard to push the candy corn in. Let them cool, then eat! 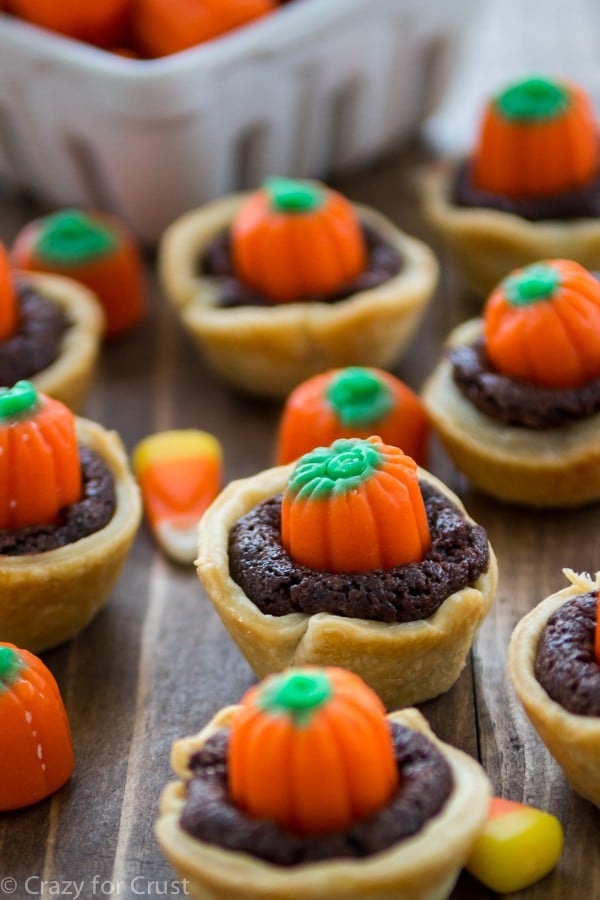 {Er…I guess all pumpkin patches are technically edible. But these taste way better.} 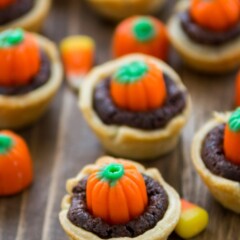