Boozy Frozen Lemonade is made with vodka or rum for the best summer cocktail recipe!! Lemonade Vodka Slush is so good and refreshing and the perfect party cocktail.

Last week it was in the upper 80s and I was all like “ugh summer” but also excited for frozen cocktails and pool parties.

This week it’s overcast and rainy. April showers bring May flowers…what does May rain bring?

Upside to the rain: I booked a painter to paint my office but he said he was booked out 5-6 weeks because of all the spring rain we’d had so I was bummed I had to wait until summer to finally make my office what I envision it (like a 10-year-olds dream come true: full rainbows, unicorns, and sprinkles).

Downside to the rain: My painter called the other day and is painting…today because he can’t do outdoor work. So I had 3 days to empty my entire office.

In the meantime today, rain or not, I’ll be drinking Boozy Frozen Lemonade. Listening to my dog bark at painters is just so much fun! 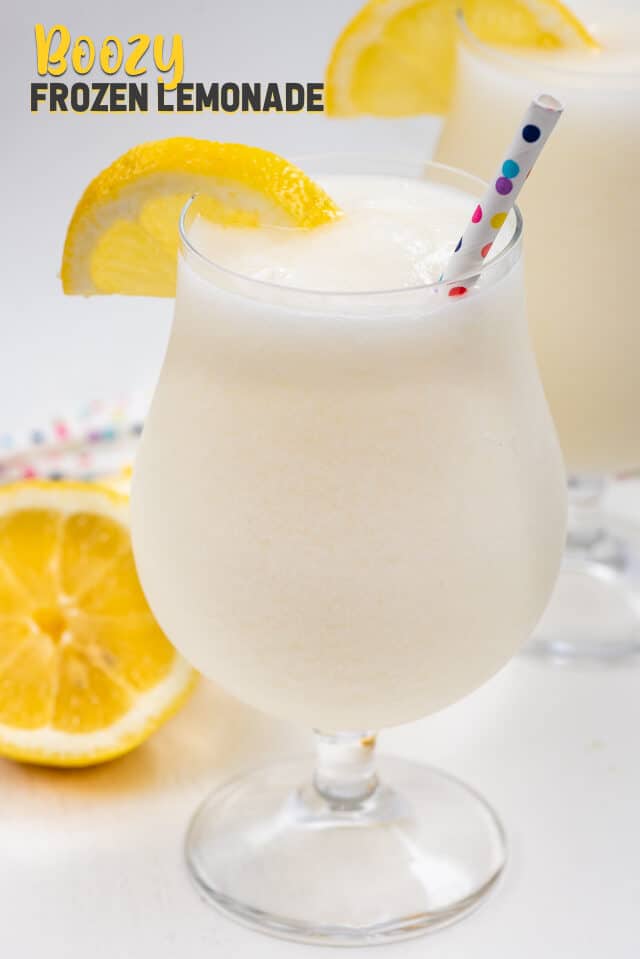 When I was young we’d go to Universal Studios once in awhile and I always remember getting frozen lemonade there. I’m sure I got it other places too but back then frozen lemonade was just a theme-park thing; you couldn’t get it at every fair and mall stand like you can now. It was one of my favorite treats and it still is…especially now that I put vodka in it.

Move over daiquiris and margaritas, boozy lemonade with vodka has moved into town!

This is really a simple recipe and it’s got super lemony flavor. If you love lemon sorbet or frozen lemonade you’re going to love it. You can’t taste the vodka which is a good thing…and a bad thing, lol.

What is frozen lemonade?

Frozen lemonade comes in many forms. They range in thickness from snocone to icee and they’re sweet and tart all at the same time. Basically, they’re lemonade that’s been frozen and blended or frozen and churned like a granita.

Making frozen lemonade into a drink

Now, most of the frozen lemonades I’ve ever had are eaten with a spoon until they’re melty and you drink the remains. But I love making homemade frozen lemonade into a drink (whether or not it’s for adults or kids). That’s the beauty of making recipes at home: you can make them to your liking.

It’s super simple: you just replace some of the lemonade with vodka.

Another thing I love about making cocktails is that you can make them as strong or weak as you wish. The ratio for this recipe is 1 cup lemonade to 1 cup vodka but you can edit that depending on how strong you want your cocktail.

Love daiquiris or margaritas? Instead of vodka party punch, make this into a margarita by adding tequila or a daiquiri by adding rum! 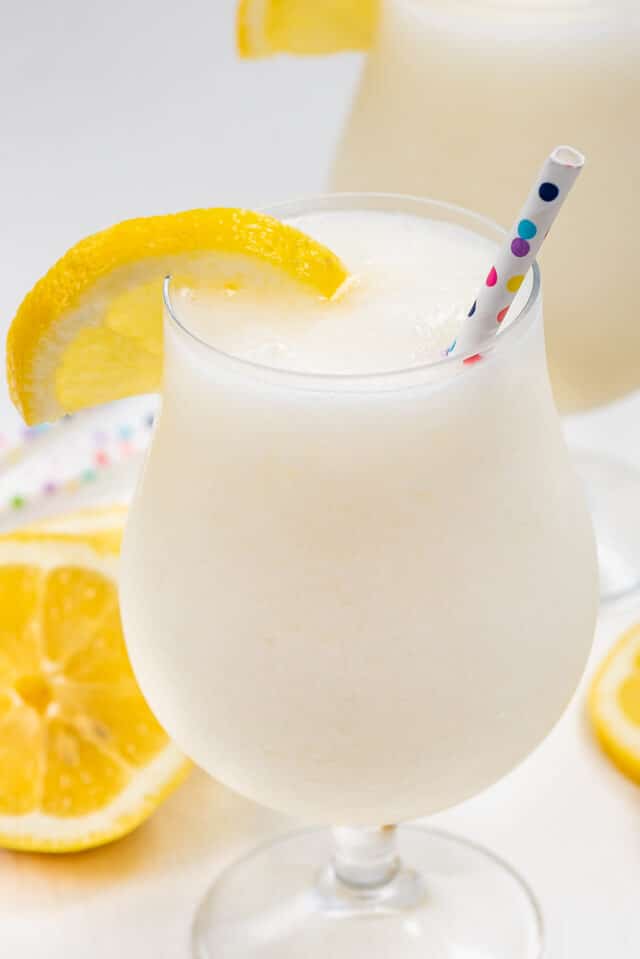 If you love vodka cocktails be sure to try:

Having a party? These Boozy Frozen Lemonade cocktails would go great with all of my cookie recipes! 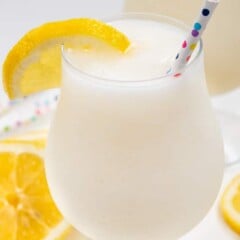 4.86 from 7 votes
Boozy Frozen Lemonade is made with vodka or rum for the best summer cocktail recipe!! Lemonade Vodka Slush is a good and refreshing cocktail for parties!
Prep Time 10 minutes
Total Time 10 minutes
Yield 6 servings
Save RecipeSaved!Rate RecipePrint Recipe

Easy Boozy Frozen Lemonade with vodka is the perfect cocktail recipe for summer!