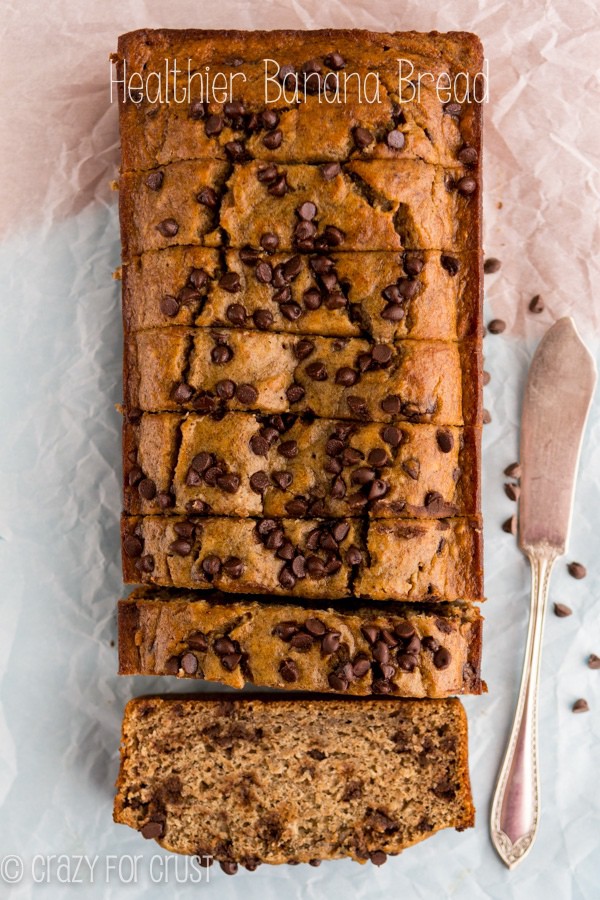 Banana bread is so good – I love eating it for breakfast. For snack. For dessert.

Sometimes I eat it for lunch and I pretend I’m eating salad.

This Healthier Banana Bread is my new addiction because I feel like I can eat it for snack (or lunch!) without as much guilt.

This has nothing to do with banana bread, but watching my husband watch the NFL Draft is kind of like watching Good Will Hunting. Or maybe A Beautiful Mind. The guy is obsessed.

{If he were to read this he’d be thinking, One word: Scandal. Pot, Kettle, Black.}

Last Thursday night was the first night of the draft. (Yes, it’s on for multiple nights, didn’t you know? I know, because I didn’t get to watch Scandal for OVER 2 DAYS.) Jordan had theatre, so Mel set the DVR. But it was on at the place we had dinner, so he and all the guys in the restaurant stared slack-jawed at the TV.

He’d make a call before each pick, and except for 2 times, he was right. In fact, whenever we watch a sporting event Mel makes a call and the announcers say it two seconds later. (And when I say “we watch” I mean he watches and I read Twilight.)

I didn’t complain too much about not being able to watch Scandal for TWO WHOLE DAYS. I owed him one; during the NFL 2014-2015 line-up special (yes, that’s actually a thing on TV) I saw the 49ers were playing some important team on Thanksgiving and thought I was doing a favor and told him.

You should have seen the look he gave me.

So anyway, Banana Bread. I love it, like I love Scandal and he loves football.

I love it even more when it’s healthier. Because then I can eat more of it.

My all-time favorite banana bread recipe is my Mom’s Banana Bread. It’s perfectly sweet and soft, full of banana flavor, and is coated in a crunchy sugary exterior.

It also has ½ cup of butter and a full cup of sugar, plus that exterior. It’s a special occasion bread because I can’t stop eating it when I make it. One slice? Not so bad. The whole thing? #dontweighme

So I set out to make my mom’s recipe a little healthier. That way I can eat it more often. How is this healthier banana bread? Well:

I also added chocolate chips, but really that was to make it prettier. And, er, because I love chocolate. But they’re optional if you don’t want the added calories.

This bread bakes up beautifully. It’s a deep golden in color with a slight crack down the middle. You can sort of see from the pictures that mine still has a small river of gooey-underdone bread along the crack. That’s how I like my bread. If you want it more done, you can cook it longer (as mentioned in the recipe).

Healthier Banana Bread is the perfect recipe to make when you want something sweet and homey like banana bread…but you want it better for you. I love to slice this bread and freeze the individual slices in ziploc baggies. They’re the perfect grab-and-go breakfast or quick snack.

I may go eat some while I watch Scandal tonight, because the draft is over! 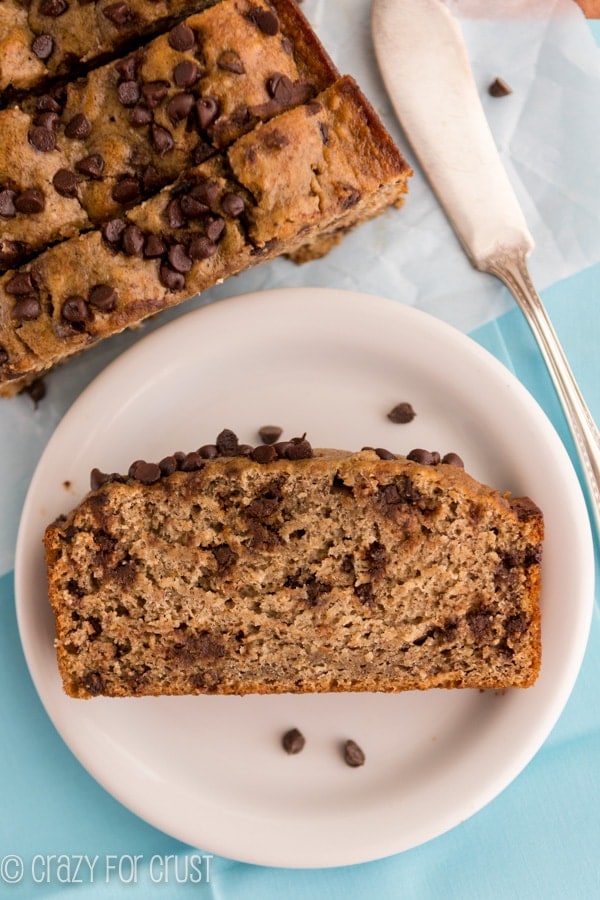 Don’t anybody ruin it for me. I’m only on the second season! 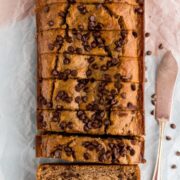 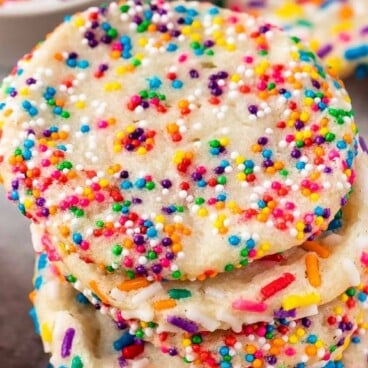 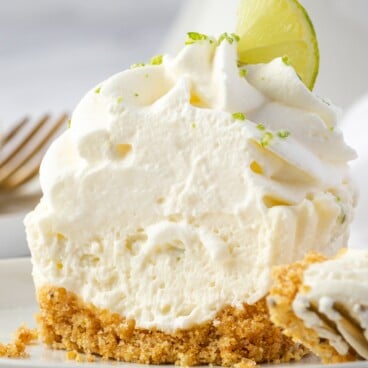 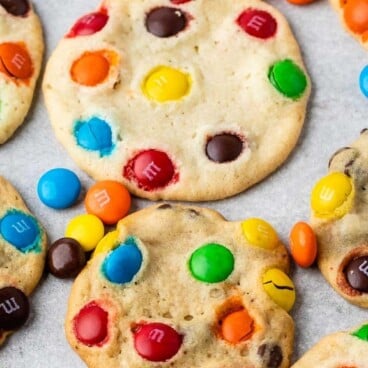