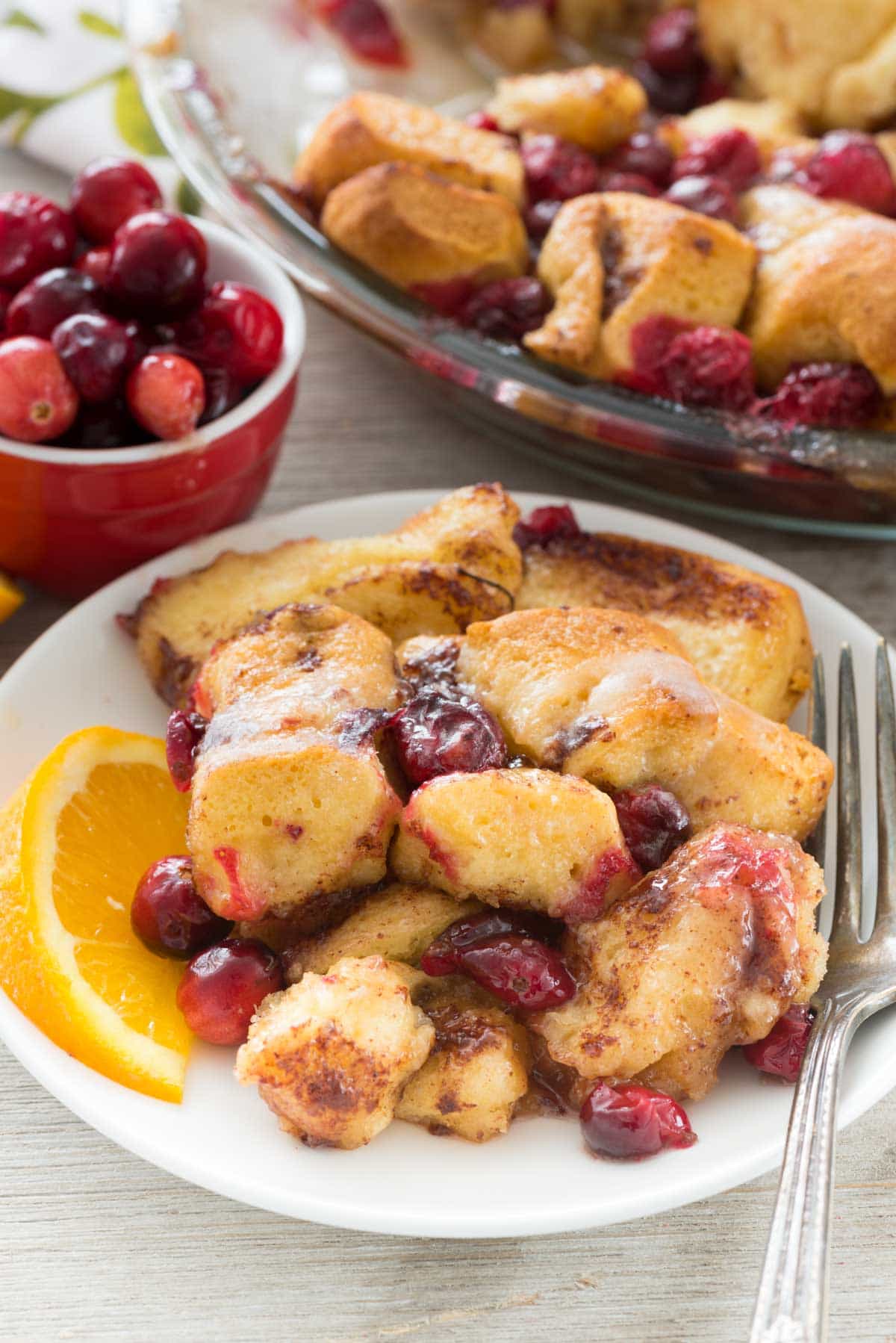 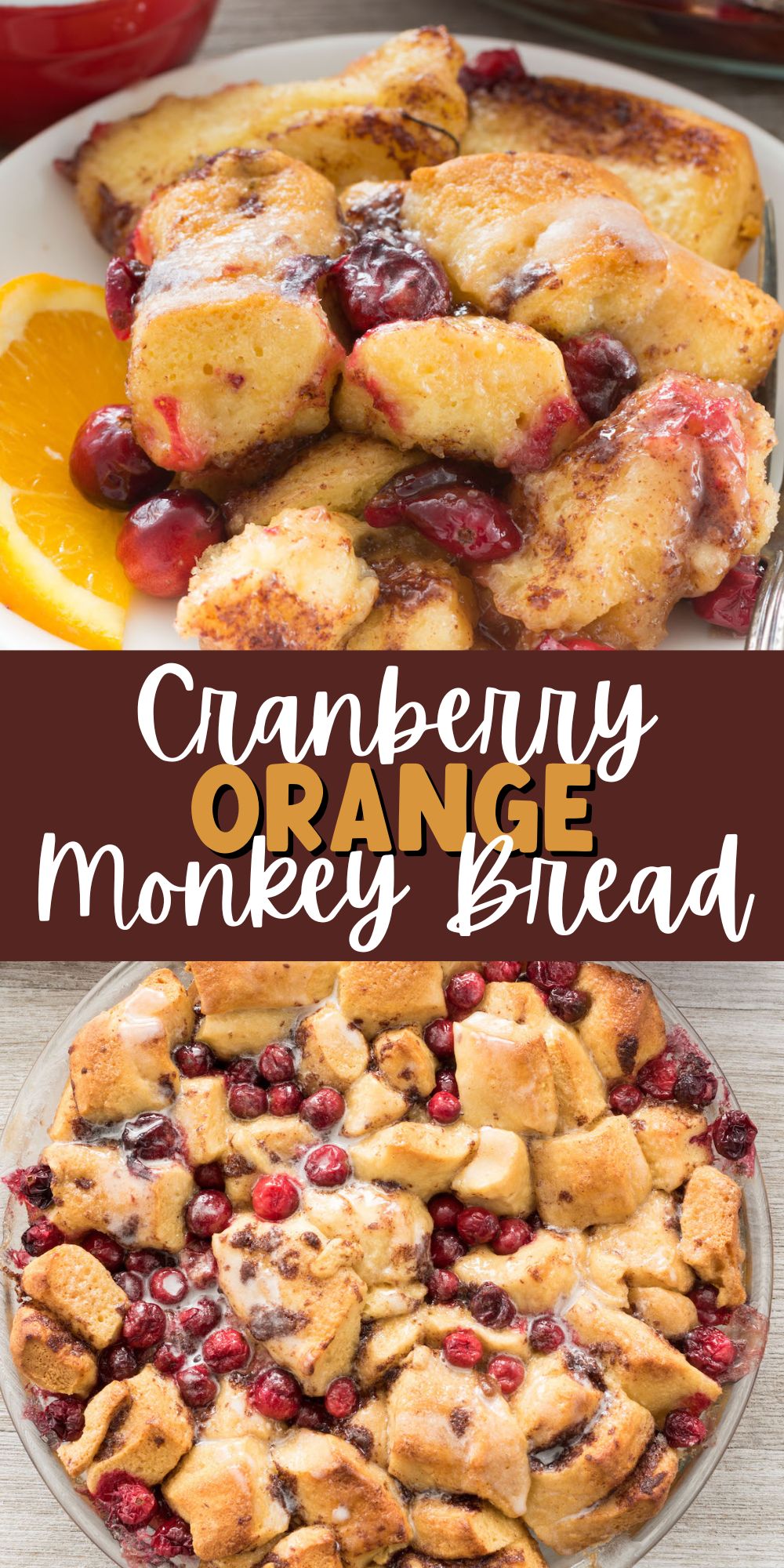 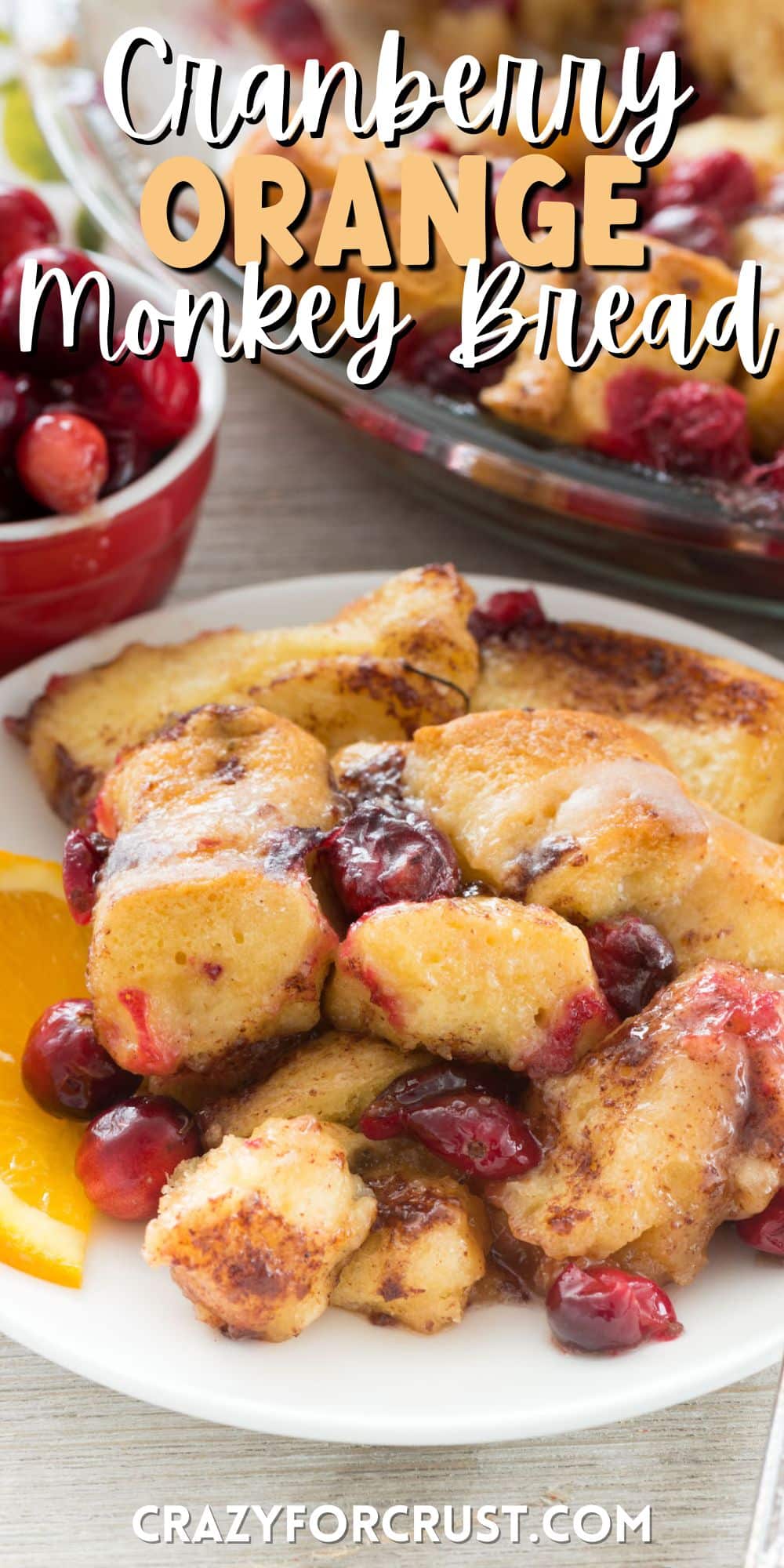 If you’re looking for the perfect way to enjoy a delicious breakfast, this Cranberry Cinnamon Roll Bake is the best. We refer to it as Cranberry Orange Monkey Bread, but it doesn’t even matter what you call it as long as you make it! The citrus orange flavor paired with the natural sweetness of the cranberries is why our entire family is hooked!

What is Cranberry Orange Monkey Bread?

This Cranberry Orange Cinnamon Roll Bake is what I would imagine would happen if cinnamon rolls and monkey bread were mashed together. It’s seriously my favorite monkey bread recipe!

When you look at this Cranberry Cinnamon Roll Casserole, it resembles monkey bread but also has the flavor of cinnamon rolls. (and that is a VERY good combination to try!)

We always make this during the holidays and varied times throughout the year. I just can’t get enough of the taste of this orange cranberry monkey bread – and I think you’re going to agree.

How to make Cranberry Monkey Bread

Don’t stress out about this cranberry orange cinnamon casserole being pretty! Even if the pieces fall apart as you’re adding them to the pan, it’ll be just fine.

How to store monkey bread

The best way to store monkey bread to keep it fresh is to store it in a covered container for up to 3 days. These do not have to be stored in the fridge but can be if you’d like to. I typically store them at room temperature.

Can you freeze orange monkey bread?

Yes, you can freeze monkey bread. Make sure to let the monkey bread cool down all the way and then store it in a freezer-safe container. Store for up to 1 month.
I also don’t recommend storing it with the drizzle on top. That can be added fresh once they’re unthawed.

How to know when cinnamon roll casserole is done baking

The top of the casserole is going to be your clue! Once you start seeing the golden brown coloring on top and around the edges, this is your cue that the monkey bread is done baking.

Can I add nuts or white chocolate chips?

Absolutely! Go crazy and add whatever you’d like! I think that recipes are all about creativity, so you should be able to add flavors that you love. Adding a cup of chopped walnuts sounds good!
I also think that you could drizzle melted chocolate on top as well. Adding a bit of fresh orange zest is a great way to increase the orange flavoring, too!

If this is your first time making these, get ready to be hooked. They’re great for Christmas morning, too!

Have You Made This Recipe? 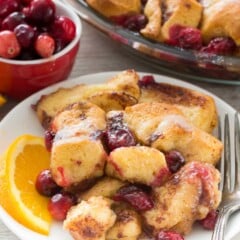 Cranberry Orange Monkey Bread is a cinnamon roll bake made with a can of cinnamon rolls – it’s such an easy Christmas morning breakfast with fresh cranberries and orange flavors.