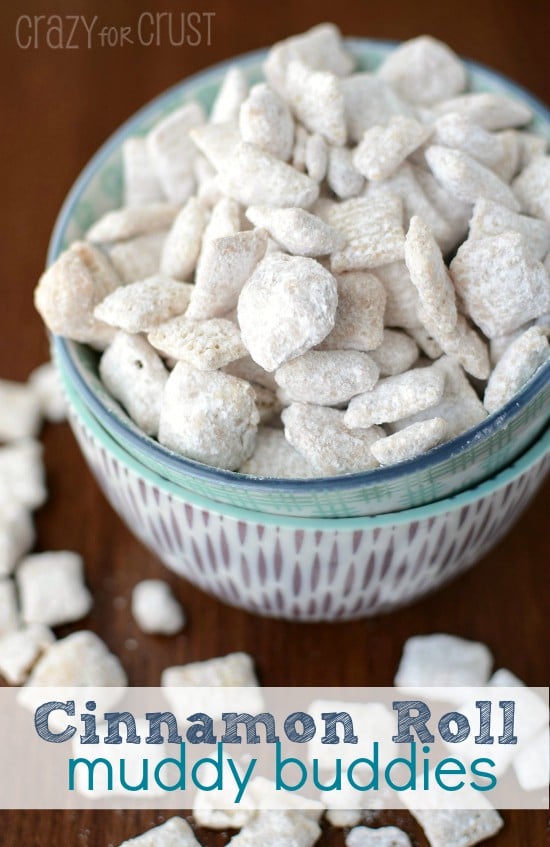 You know your child watches too much TV when…

They sing the Sleep Train song every time you drive by the store.

They name their barbie dolls after actors from Full House. Not the characters: the actual actors themselves.

They know which season of Full House they are watching because of the images in the opening credits.

When their ear is itchy, they poke at it with their fingers while telling you that we need the WaxVac ear cleaner because “you shouldn’t use cotton swabs and all you need to do is put the vacuum in your ear, suck out the goop, rinse it out, and boom! Your ear is clean! All for only $13.99!”

You know you’re a work at home mom when…

Your kid watches way too much TV. 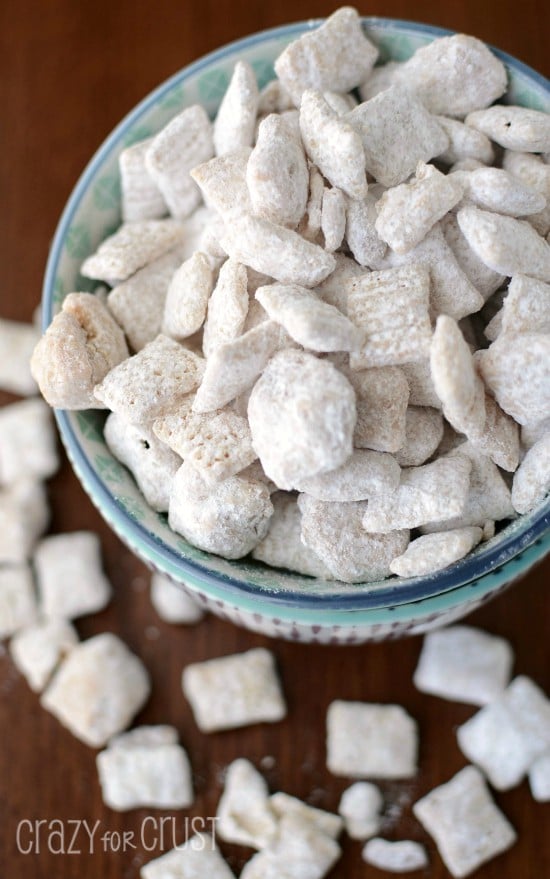 Despite the heat of the Sacramento summer, I’ve been dying for Fall. Maybe it’s so Jordan will go back to school and I can feel less guilty about getting all my work done.

Maybe it’s because I want to bake again, and post pumpkin and apple and Fall flavors. If we’re being honest, get ready. I’m not waiting until Fall to start!

In the meantime, I’ll eek my toe in with cinnamon roll flavors. And Jordan needs something to munch on in front of all that TV…so muddy buddies were in order. 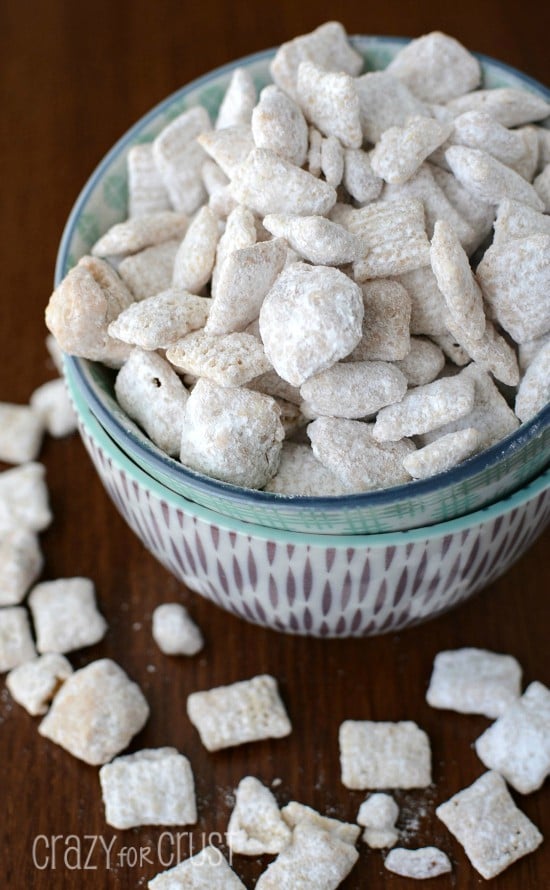 I have been totally craving muddy buddies recently. I just couldn’t decide what flavor to make. Then I found a box of Vanilla Chex at the store and became addicted to eating bowlfuls of it dry, for dessert. I knew I had to get it rid of the box, or I’d eat it all so I did what every good food blogger does: I added white chocolate, powdered sugar, and flavorings to it. You know, to triple the calories.

These muddy buddies (also known as puppy chow, depending on where you live, I think) are made with the Vanilla Chex Cereal and coated in a mixture of white chocolate and a Cinnamon Roll Frosting Creation packet, from Duncan Hines.

{I swear, I’m in love with those packets. I pick up two or three every time I shop. It’s like I’m hoarding them or something.}

These muddy buddies are my favorite flavor yet. I love the very vanilla flavor from the Chex and white chocolate, with the hint of cinnamon from the Frosting Creations packet. I also added some pecans, and wow. Muddy buddied pecans are amazing. I think I need to make a whole batch of just muddy buddy nuts.

These are simple to make, no bake for hot days, and are seriously addicting. I got rid of the cereal…by managing to polish off a bag of muddy buddies.

Story of my life! 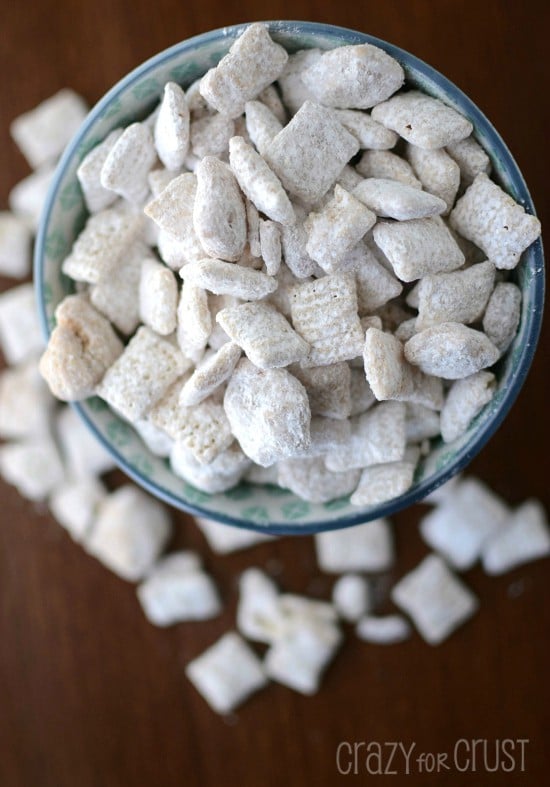 Maybe I need to get that Ab Rocket thing Jordan was telling me about…? 😉 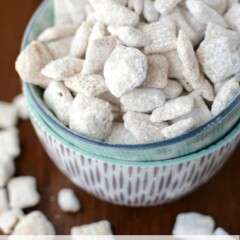 3 from 3 votes
A sweetly cinnamon muddy buddy (aka puppy chow)! Vanilla Chex are coated with Cinnamon Roll flavoring and white chocolate for a new variation on a favorite snack.
Save RecipeSaved!Rate RecipePrint Recipe