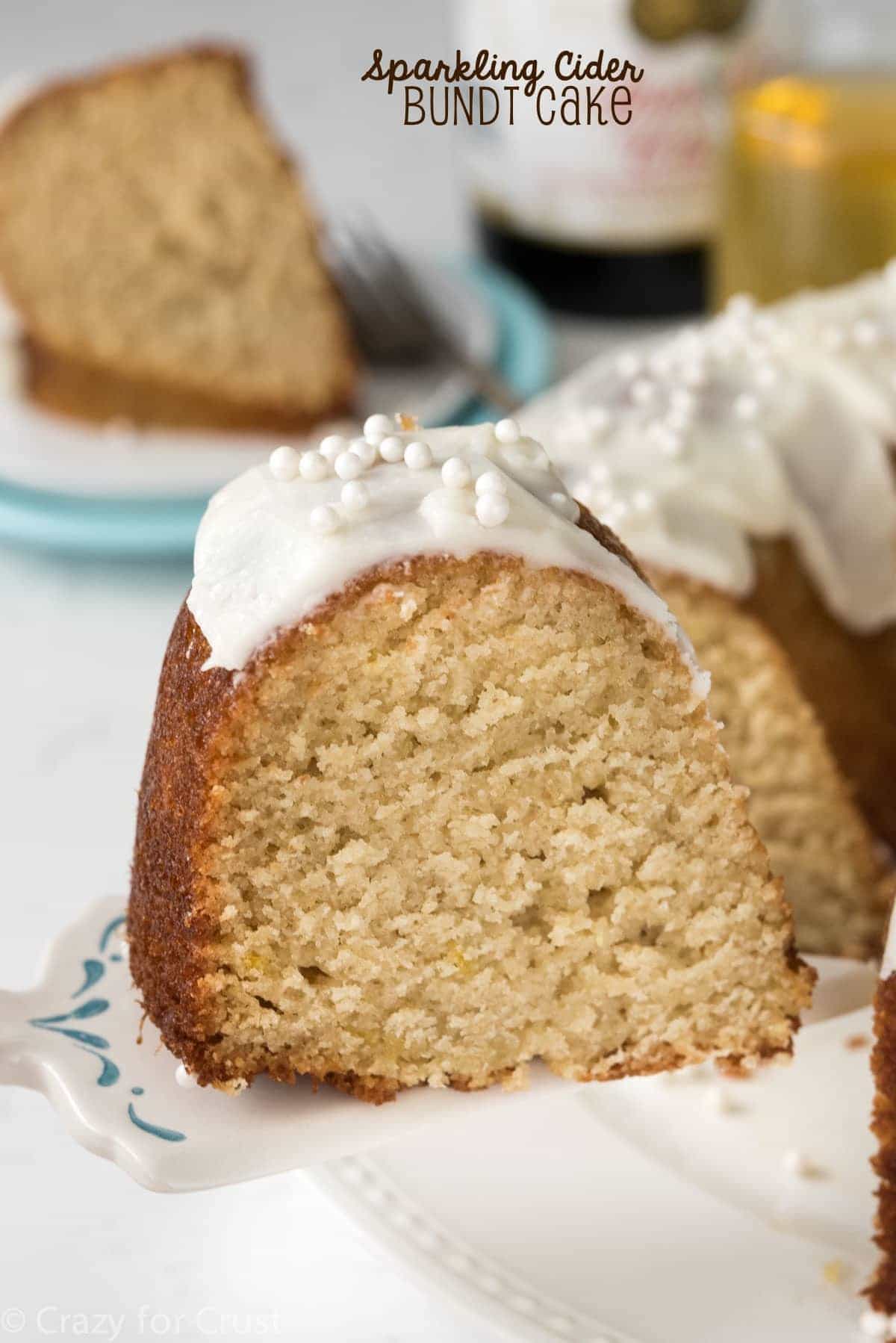 If you’re anything like me, you’ll have half a bottle of sparkling apple cider left over after Thanksgiving or Christmas and you’ll be wondering what to do with it. My solution: make Sparkling Cider Bundt Cake!

A few weeks ago Mel said we should have a New Year’s Eve party. My mouth dropped in shock – we’re not normally party throwers. I mean, I love throwing parties, but I’m much too lazy, introverted and anti-social to actually do it most of the time.

Anyway, we were trying to figure out what to do for the big night and he threw that nugget out there. I didn’t waste any time – I immediately sent out an Evite and so far, 14 people (adults and kids) are coming. !!!!! 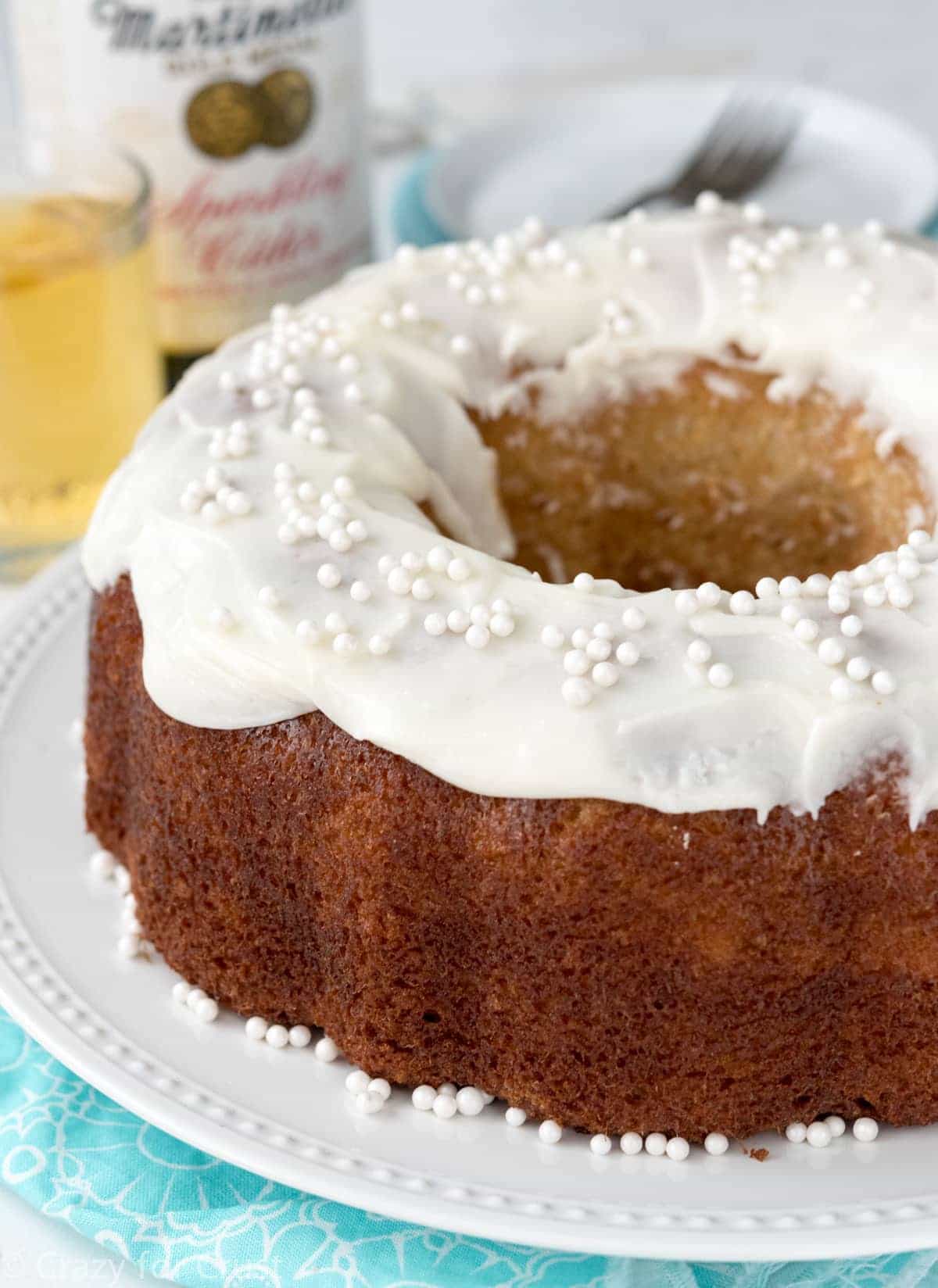 I’m currently perusing all my favorite blogs finding fun appetizers and drinks to serve. Do you cook new things for each party or do you stick to the same stuff time and again? I always have the best intentions to try new things, but then I end up just doing the same old things. I’d love to know some of your favorite appetizer recipes!

One thing we always have at every holiday, be it Christmas, New Years, or a birthday, is sparkling apple cider. I think it’s been at every gathering my entire life, actually. Nowadays, I drink champagne whenever possible, but the kids like to feel like they’re part of the fun too, so I always serve Jordan some sparkling cider in her very own champagne glass.

Then, after she drinks 1.5 glasses of the good stuff, I have over half a bottle left over. By day 2 she’s forgotten all about it and by day 3 it’s no longer fizzy…so what to do? There are actually some very delicious ways to use sparkling cider. A fellow blogger, Brianne, makes sparkling cider apple chutney. And Sandy makes Spritzy Apple Cider Floats with it. Yum!

You can ALSO make this Sparkling Cider Bundt Cake recipe! 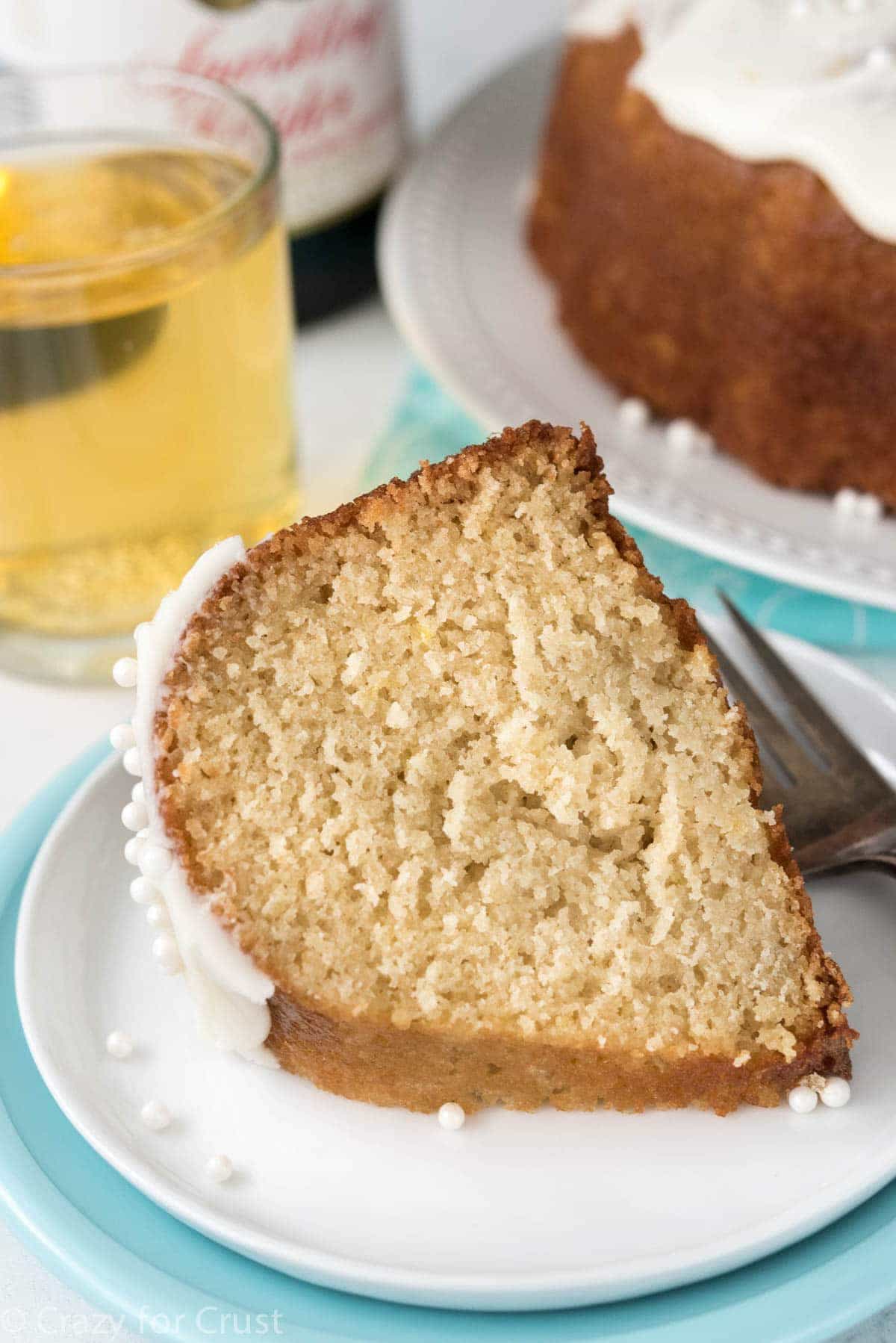 Last year I made a Champagne Pound Cake and y’all went nuts for it. I must say, it’s still one of my favorite recipes. A few weeks ago, after Thanksgiving, I had sparkling cider left over and I immediately thought, I should make that pound cake for New Year’s Eve. And I should make it a full sized bundt cake!

So that’s what I did, except we ate it at Mom’s Night…because NYE isn’t until next week! By then, we’ll be eating Super Bowl and Valentine’s Desserts. #foodbloggerproblems

There are three components to the sparkling cider bundt cake recipe: the cake, the glaze, and the icing.

The cake is a basic pound cake recipe, except I use sparkling cider for the liquid. I also start the cake with melted butter because I love the way a liquid fat makes the final cake taste. The cake also gets it’s leavening from a combination of baking soda, baking powder, eggs, and vinegar. Those combined with the bubbles in the sparkling cider make for a very fluffy yet dense cake.

While the cake is baking, I make a simple syrup glaze for it. This glaze is made by boiling equal parts sparking cider and sugar to make a thick and sweet topping for the cake. You take the cake out of the pan while it’s still warm and you brush it all over with the sparkling cider glaze. This seeps into the cake, giving it more cider flavor while adding moisture to the cake.

Sparkling cider bundt cake is perfect for any occasion, but especially on Christmas or for New Year’s Eve.

I don’t know why those holidays scream sparkling cider to me, but they do. Now if only staying up until midnight was as easy as making this cake… 🙂 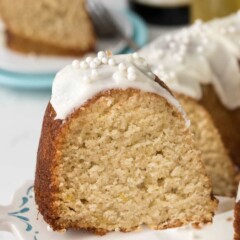 If you like the sparkling cider bundt cake, I bet you’ll like these bundt cake recipes, too: 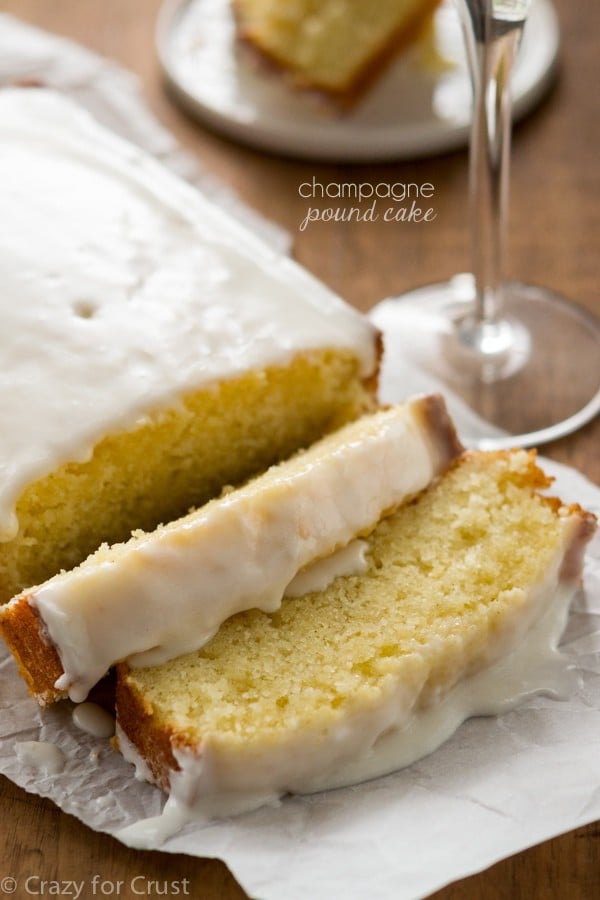 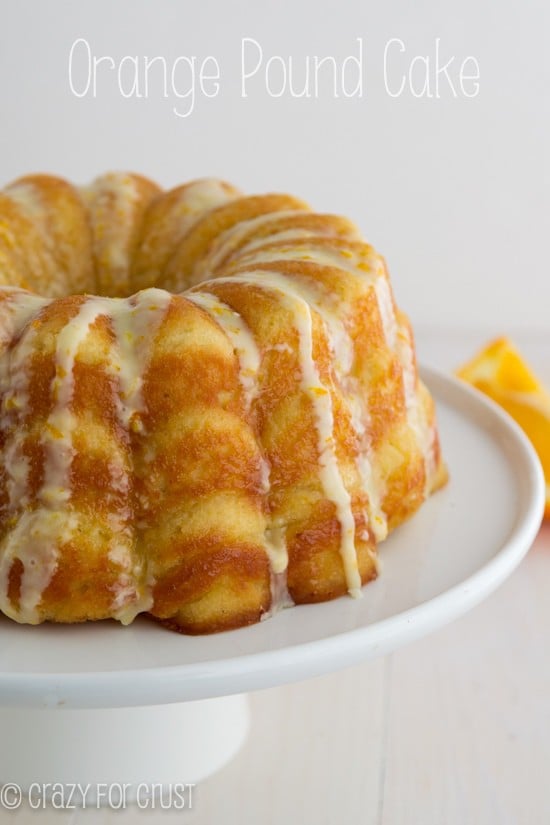 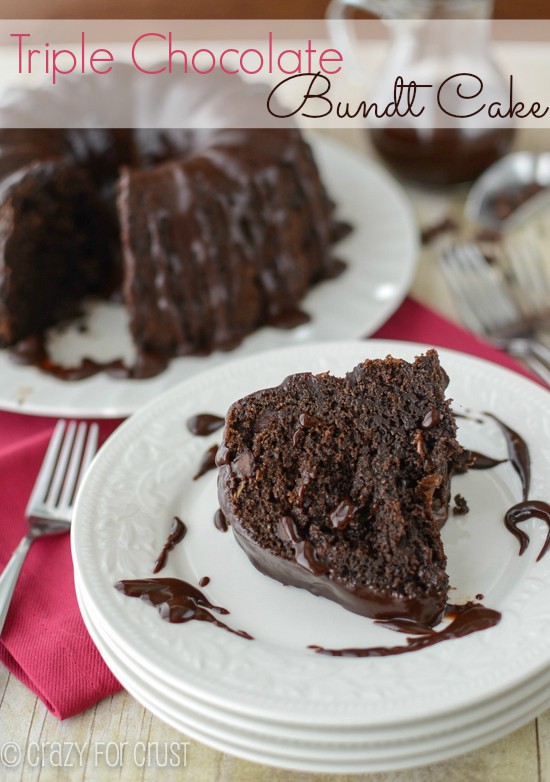