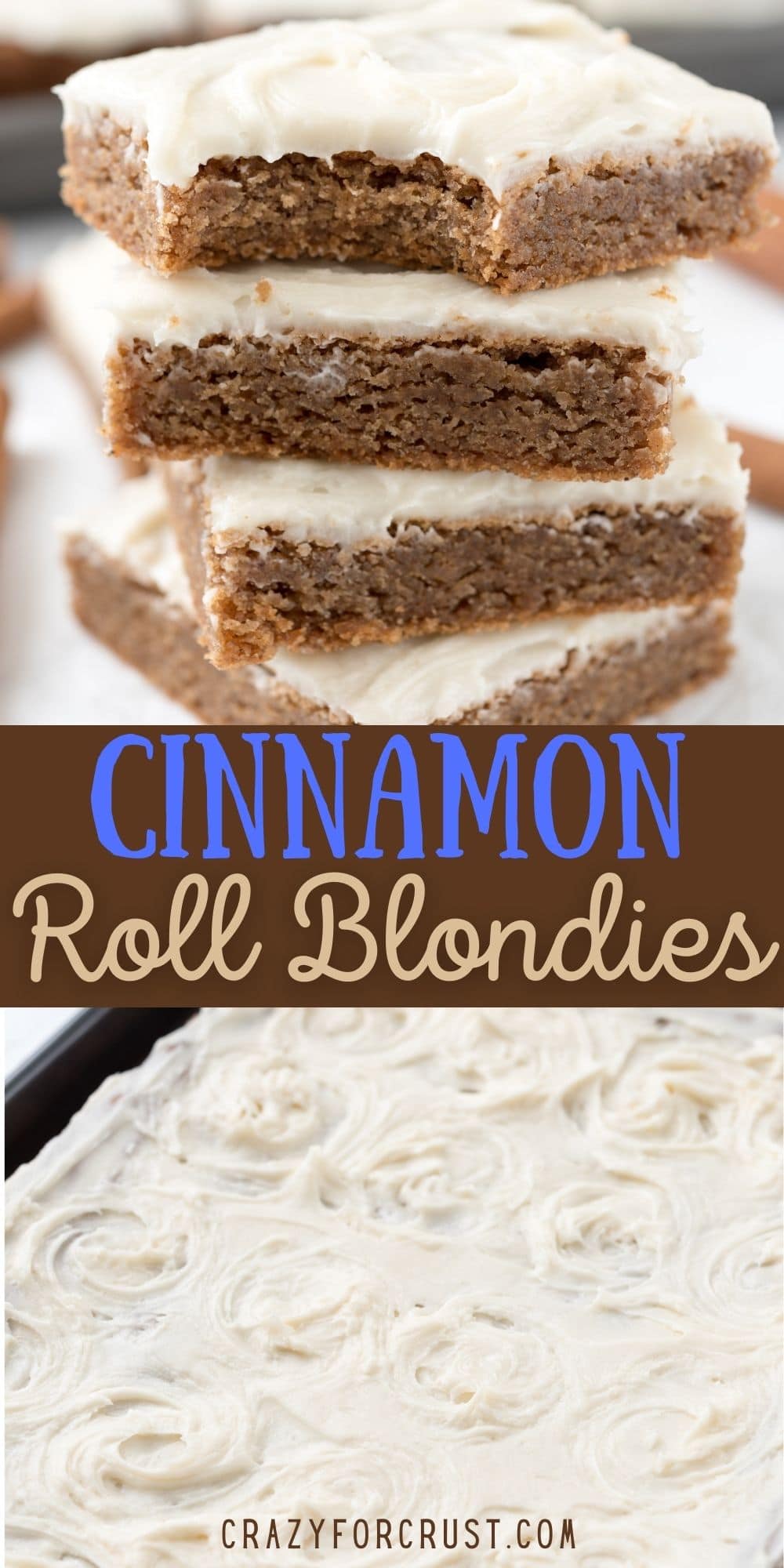 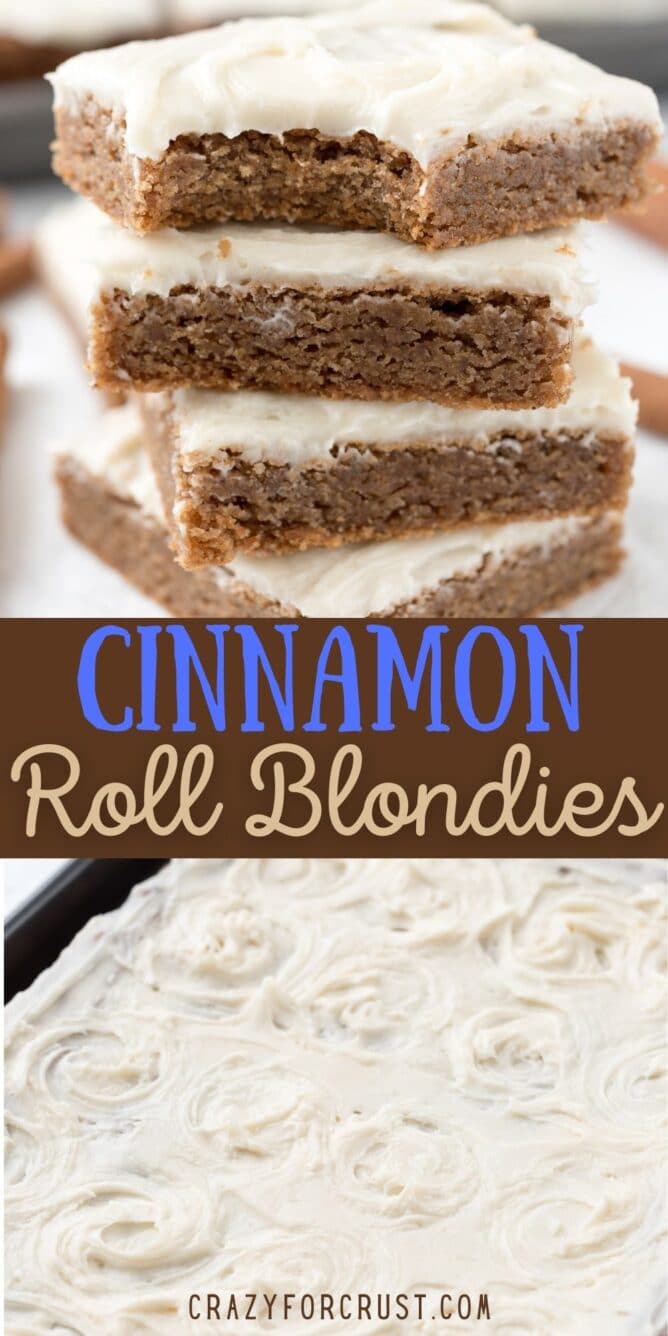 Cinnamon Blondies combine a dessert with a breakfast treat for a fantastic cookie bar! They are one of my favorite EASY blondie recipes full of brown sugar and cinnamon and topped with a cream cheese frosting. These are heavenly, and everyone asks me for the recipe every time I make them!

Do not underestimate these blondies. Yes, they look a little plain, and yes, they’re brown instead of golden. But what they lack in looks they make up in flavor – these cinnamon roll blondies are one of my all-time favorite blondie recipes.

You guys know me – I get inspiration everywhere, and when I thought about combining cinnamon rolls with blondies, I just had to try it. Breakfast meets dessert in these easy cinnamon blondies with cream cheese frosting, and, let me just say, it’s fantastic.

There’s something about the rich blondie and the warm cinnamon that is just…right. And then they’re frosted with cream cheese frosting! It’s like a cinnamon roll…in blondie form.

This recipe starts with my basic blondie recipe, which is my favorite bar cookie recipe ever. It’s got butter and two full cups of brown sugar in it. That makes them stay super soft and gives them a very rich cookie taste.

This recipe is from my cookbook: Crazy for Cookies, Brownies and Bars! You can order your copy here – you’re not going to want to miss this book.

Butter: Softened unsalted butter is perfect for these bars.

Large Eggs: Makes them nice and chewy and helps them with that fudgy texture

Vanilla extract and Cinnamon: For flavor

Baking Powder: Instead of soda, we use baking powder for these, which helps keep them soft.

How to make Cinnamon Roll Blondies

The dough sticks to my hands when I press into the pan; what should I do?

Spray your hands with nonstick cooking spray to keep the dough from sticking to them.

How do you know blondies are done baking?

Blondies are done when they start to lose their glossy sheen. Cinnamon roll squares will still be a little jiggly in the center, too.

How do you make fudgy blondies?

For the best fudgy brownies, don’t overbake them.

How to store blondies?

Store cinnamon roll blondies in an airtight container in the refrigerator for up to three days.

Can you freeze cinnamon blondies?

Freeze the bars in a single layer in a freezer-safe container or bag for up to one month. If you love cinnamon, cream cheese frosting, and fudgy blondies, you will love these cinnamon roll blondies.

I can’t get enough of them when I make a batch – you won’t either! So, give them a try and fall in love as I did the first time I made them. They are simply the best. Enjoy!

More Blondie Recipes You Should Try 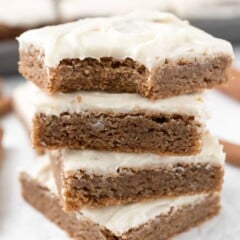 Cinnamon Roll Blondies combine a dessert with a breakfast treat for a fantastic dessert bar! Can’t wait for you to try them!