I hate to say this but…our story is somewhat, I don’t know, magical? Almost like destiny?

All I do know is that I never really believed in soulmates until we got together. Because, seriously, he is my true other half. 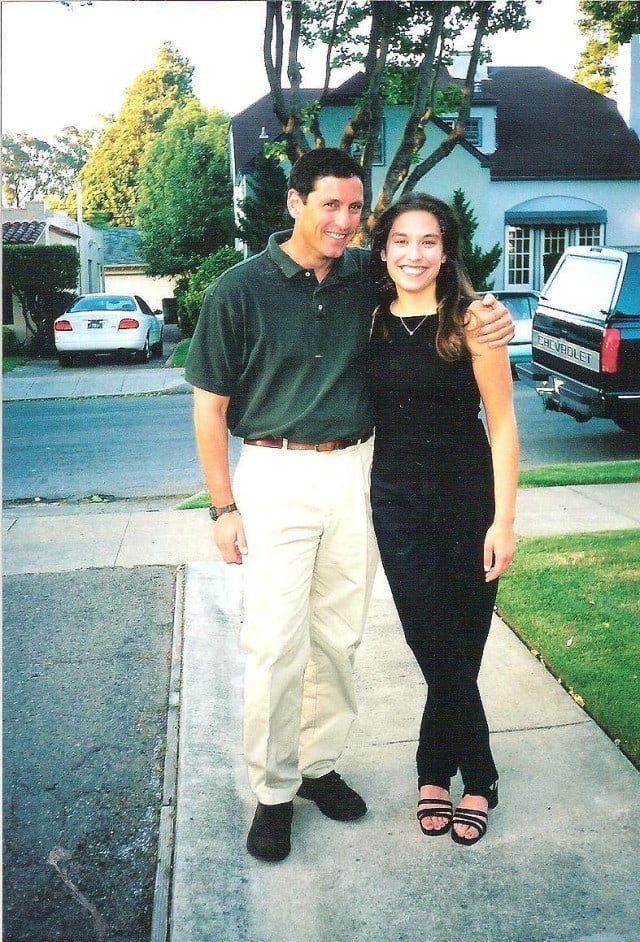 We met in college. I was a traditional student. He was what they call a “returning student.” In other words, he was an um, ahem, a much older guy. Like…16 years older.

It was his first class at our college, College of Notre Dame (no, not that one). CS030A aka Computer Science 1, aka my class from hell. I really should have paid more attention in that class, methinks.

He was married. I had a boyfriend. And before you start calling me mean names, no I was NOT a home-wrecker. We were just friends. He gave me his answers to his homework, we chatted in the lab. I think, looking back that, deep down, I may have had a spark or two, but hey. He was married and I was in a two-year relationship with a guy who I figured was going to be my future +1.

The following year we had no classes together, but would see each other occasionally in the halls and say hello. Nothing out of the ordinary.

Then came Fall of 1999, two years after we first met. I was single, and had been for awhile. I ran into Mel in the parking lot during the first week of school. Asked him how his summer went. And he dropped the bomb, probably the best bomb that ever happened to me.

He had left his wife. He was getting divorced.

On the inside it was like a dance party and the feeling those people who win the lottery must have.

That’s the moment I realized the spark was reeeallllly strong. But, dude, the guy was just single. Like, not even fully divorced yet. He wasn’t in a good place.

I bided my time by finding out where he lived and stalking him instead.

{Not kidding. I really did that.}

About 6 months later we were running into each other more, talking in between classes. I kept bugging him to meet me for lunch (as friends, of course). Finally, he agreed.

We had lunch on a Monday. That following Saturday we went hiking and had lunch together. By the end I was convinced he was my soulmate. We had just about everything in common. We could finish each other’s sentences. I thought he felt the same way, but wasn’t sure.

By the end of the next week we’d seen each other every day and had our first official “date”. By then, I kinda new he felt the way I did.

By the end of the second week I knew we would get married. And not in the “little kid wishing to get married and writing our names in a heart” knew. I knew.

By the time school ended we were inseperable. We graduated together. Another reason I knew he was a keeper? He brought me roses at the ceremony. And he brought his mom, sister, my mom, and all of my girlfriends roses too.

By August, 5 months after that lunch date, I was anticipating a ring. I had every weekend planned out so I knew, knew when it would be coming.

{I’m reeallllly not good at surprises.}

But he managed to foil my plans. 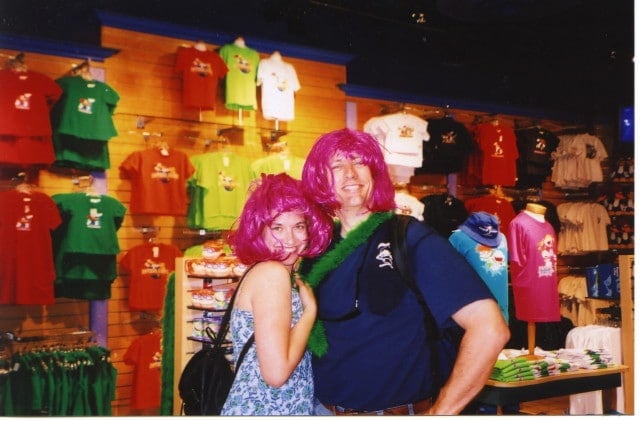 We went to Las Vegas for the weekend. I knew he was not going to propose in Vegas because he had told me I needed to meet his family first, which I was going to do on Labor Day weekend.

When we got to the hotel he went down the hall and got ice for our pre-dinner drinks. He poured me a drink and asked if I wanted ice.

He said, “I think you want some ice. GET SOME ICE.”

So I did. And I got a girl’s favorite kind of ice.

And a husband too. 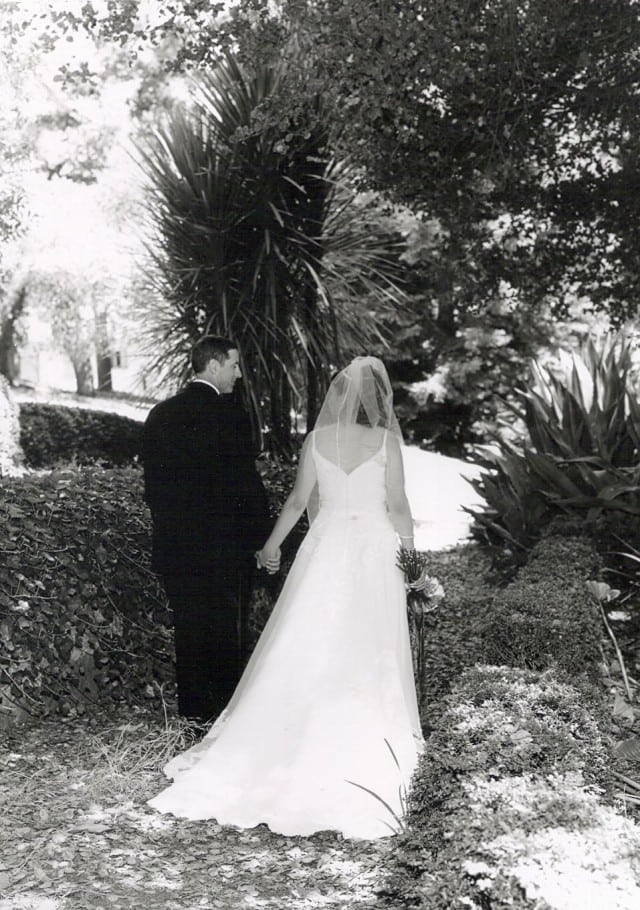 We were married a year later in Ralston Hall, the historical mansion on the grounds of our college.

And now we have a kid and have been married almost 19 years.

But he still makes me feel like that person who won the lottery.