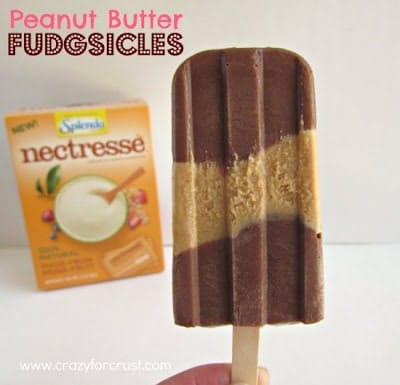 This is a Sponsored post written by me on behalf of NECTRESSE™Sweetener for SocialSpark. All opinions are 100% mine.

It’s no secret that I love sugar. Um, all you have to do is read any of my posts to know that!

And as much as I love a sweet treat all the time once in awhile, I know it’s important to limit how much sugar I eat. I mean, bathing suits don’t wear themselves you know.

This is why I always use sugar substitute in my coffee. And on cereal. And in whatever I can to easily reduce the calories, because I know I’m going to eat seven brownies after dinner. There’s really no fighting that.

When Nectresse offered to send me a sample of their no calorie sweetener, I was excited to try it. I must say, I am really picky about my sweeteners. If it doesn’t taste like sugar or has any sort of aftertaste, I’m not gonna like it.

NECTRESSE™Sweetener is 150 times sweeter than sugar and can be used in cooking and baking to add natural, zero calorie per serving sweetness to your drinks and foods. Nectresse is the only 100% natural sweetener made from fruit – monk fruit, to be exact.

{I know, you’re like, what the heck is monk fruit? It’s a small green melon that’s found in Asia. And it can be turned into a rockin’ sweetener!}

I added Nectresse to my morning coffee and didn’t taste a thing but sweet. Same went for cereal. And what’s even better? I only had to use one packet, where normally I use at least two. I didn’t taste any sort of chemical, which is a definite plus for me.

It’s so hot here in Sacramento (95 today) that there was no way I was turning on my oven. Right now I want to live in my freezer, so my mind immediately went to ice cream. For some reason I was craving a fudgsicle. I thought, why not make some? 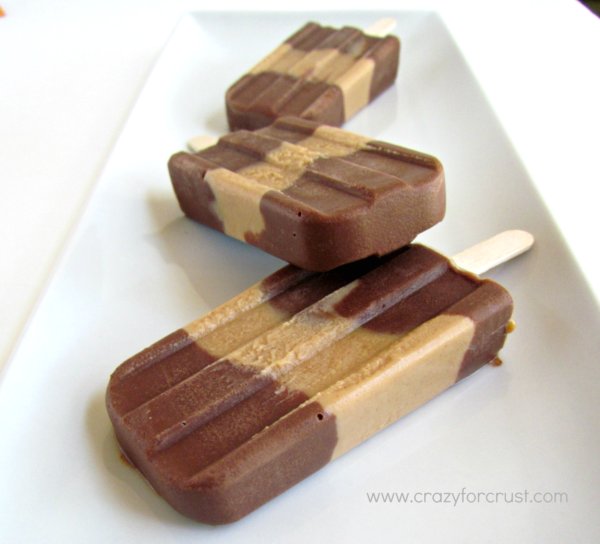 I made a homemade chocolate pudding for the chocolate layers of these pops. I used Nectresse in the making of the pudding and you know what was great? I used way less of the Nectresse than the recipe called for in sugar. About 3/4 cup less!

Because I can’t just make a chocolate fudgsicle and call it a day, I made a peanut butter layer. Of course.

And I got a sweet, fudgy, super-chocolatey, almost sugar-free fudgsicle as a result. Total success.

Even more successful? My husband ate it

I found that the Nectresse was a perfect subsitute for sugar in this recipe. And I’m stoked I have some packets left over. Great to carry in my purse when I get to a restaurant and only see blue and pink packets. Yes, I am that person who carries sweetener with her everywhere she goes. 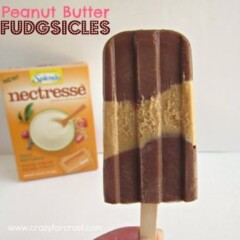